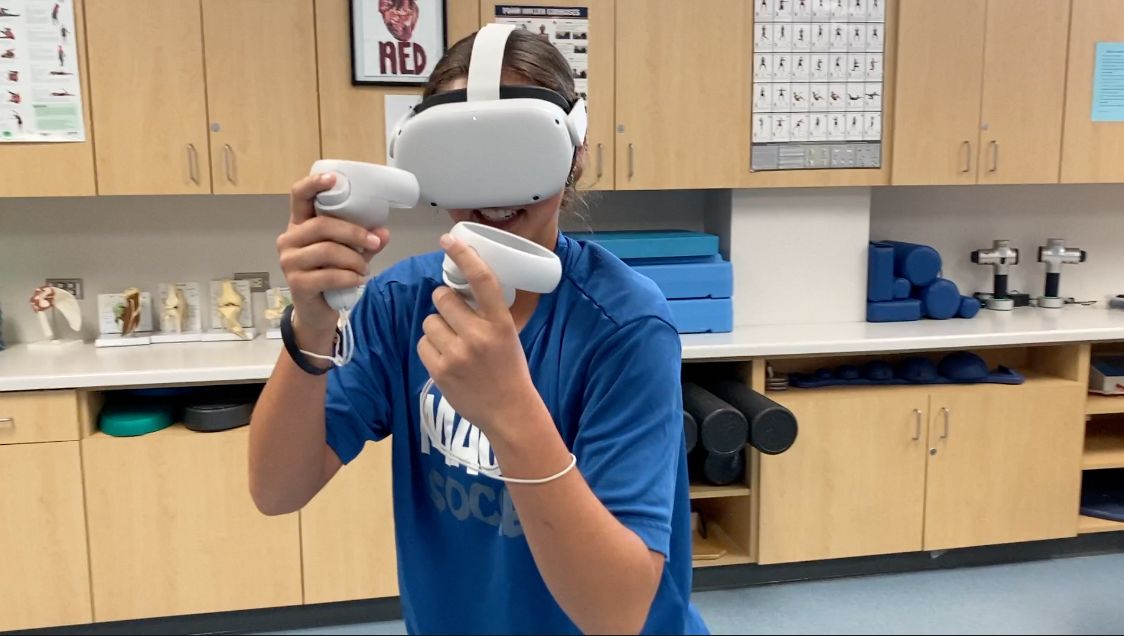 SAN ANTONIO — Being an athlete isn’t all fun and games for Bailey Fitzsimon.

“I have tendinitis in my knee,” the MacArthur High School soccer player said. “I got it around my sophomore year.”

So the junior soccer player is a regular in the training room.

“So since sophomore year I’ve been in here a lot doing rehab,” Fitzsimon said. “Icing it. Ice baths. Been trying to take care of it and make it better.”

The training staff at MacArthur High School is using more than ankle tape these days.

“Start you on the ground first. See how you can Rocky Balboa it,” Coach Chad Sutherland said.

Sutherland, the head athletic trainer, is implementing some new technology to help student-athletes.

“I was confused about how it would work because I had never done it before,” Fitzsimon said.

Coach Sutherland has been an athletic trainer for more than 20 years.

“It’s changed so much,” the MacArthur High School head athletic trainer said. “Before we were here to kind of just tape and brace and do some basic rehab stuff.”

But this is the first year he’s using virtual reality games during rehab, putting Bailey through a fierce boxing match.

“My shoulders and back are sore,” Fitzsimon said.

“It kind of uses those muscles that you don’t realize you use in sports every day,” Sutherland said.

“Instead of just running ladders or running to a cone,” Sutherland said, “it’s a little different. They see the light, and they have to react to it.”

Typically injured athletes aren’t happy about being sidelined. But Sutherland says the new tech in the training room has students looking forward to rehab.

“You want to be playing,” Fitzsimon said. “And you want to be doing the stuff everyone else is, but it makes it more fun and more engaging.”

These trainers’ goal is to get student athletes back in the game and get them healthy enough to play.

“Getting pass that and back on the field,” Coach Sutherland said. “That’s my favorite part. Seeing them back being successful.”