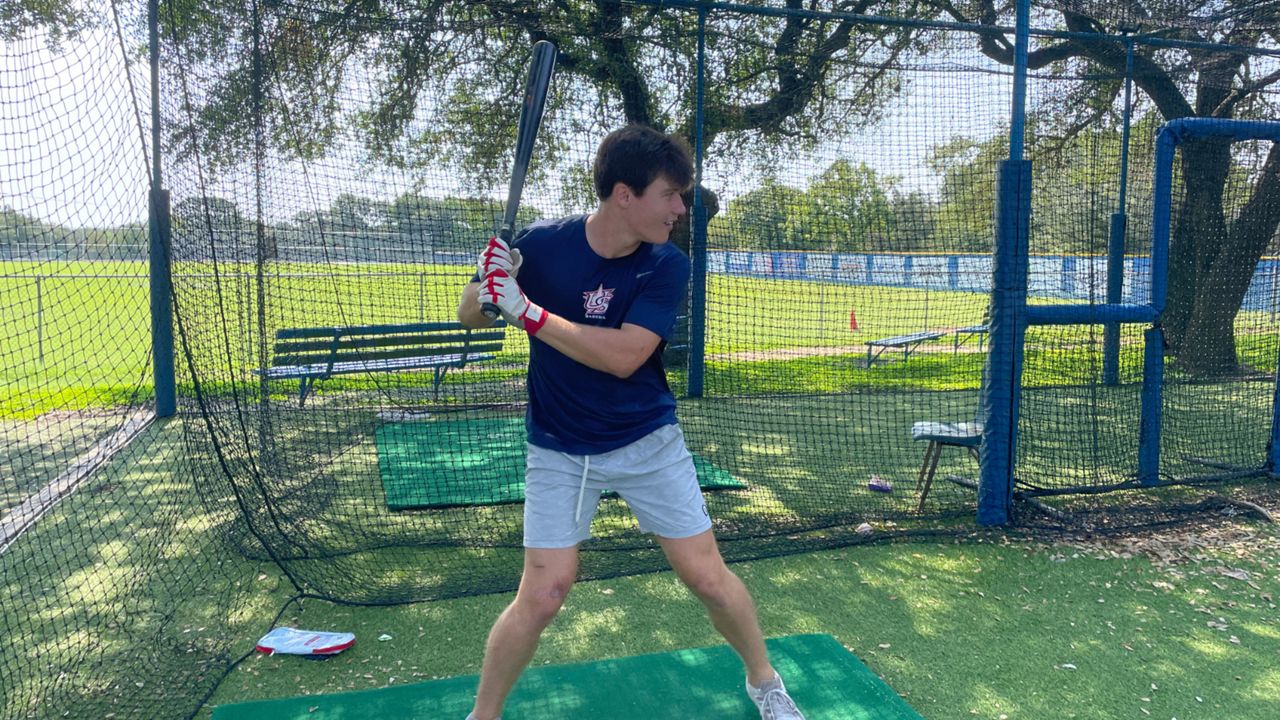 “I know if I train harder in football I’ll be better for baseball,” says Small. “I’ll be in better shape, stronger and faster. It all translates to every sport.”

Small might have the opportunity to play football at the next level, but for sure has a chance to be very special as a baseball player. He’s rated one of the top prospects in Texas in the 2025 class.

“I want to play football until I have to stop playing football,” says Small. “I love it and I want to continue to play.”

Small says that knowing as well as anyone the risk that comes with playing football. Last season as a freshman, he was already seeing a lot of playing time on the varsity team. In a mid-season game against Pflugerville Weiss, that season was ended when he broke his right fibula on a play.

“It was hard because it was cool being a freshman playing every week with the seniors and getting to know them better,” says Small. “Going down was really hard but I didn’t let it get to my head and I knew I was going to come back this year and play again.”

A few in his family might have had concerns about Small returning to football this year but it was never a question for him.

In a time when there’s plenty of debate about young athletes specializing in one sport, Small has not let his future in baseball impact his decision on playing football.

“He’s just a competitor. I think if you give Ed Small six months off from a sport he’s not gonna know what to do with himself,” says Donald Hatcher, Anderson’s head football coach. “I think that’s why he’s a multi-sport athlete.”

Football is also in Small’s blood. His grandad and great grandad both played at the University of Texas. That means he also bleeds burnt orange. So when Texas came calling to offer him a baseball scholarship he got pretty emotional and knew that’s where he wanted to play.

A future that definitely includes baseball but also might see him still playing football. With his success this season, some colleges have started talking to him about playing both, including UT.