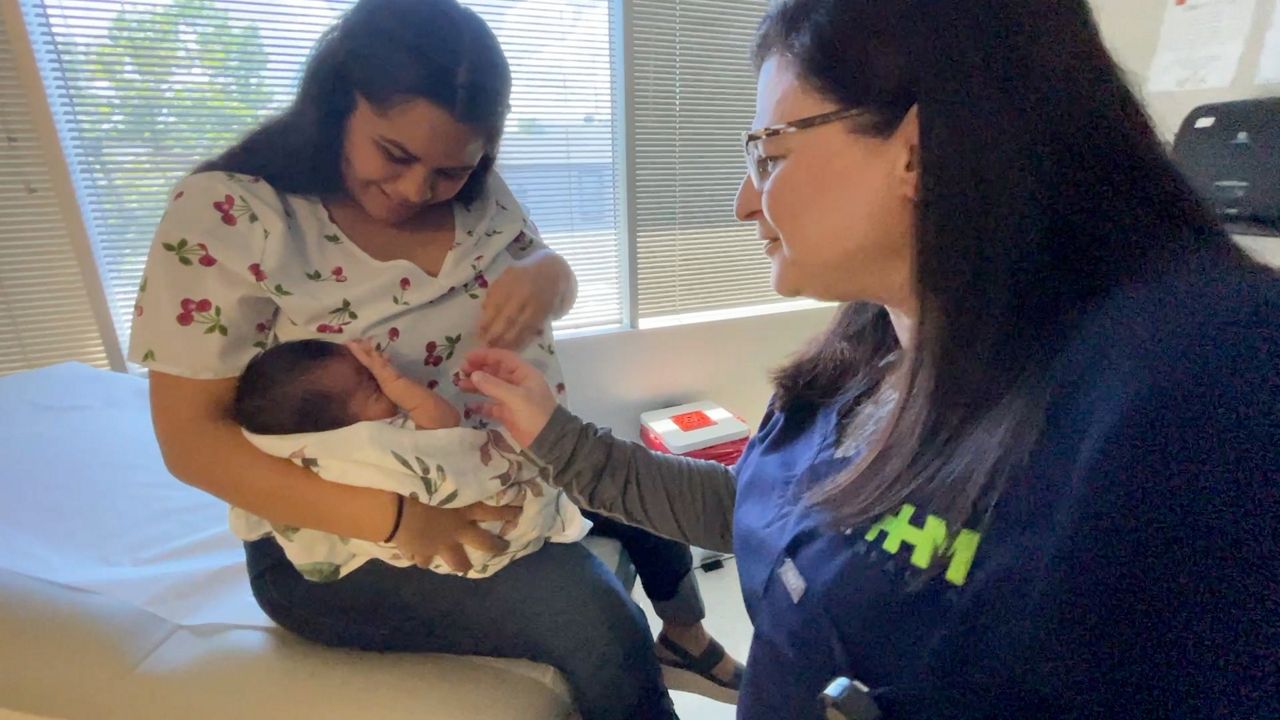 Texas ranks low in care for pregnant women. This group is bridging the gap.

TEXAS — Access to health care during pregnancy is essential. Doctors emphasize prenatal care can reduce and prevent maternal mortality and complications. According to HHM Health, less than half the counties in the state of Texas have a gynecologist or obstetrics. Texas ranks 48th in overall women’s health care.

“Early prenatal care helps you to establish a relationship with your OB-GYN. Sometimes you may not have an underlying chronic health problem that you may be aware of at that time,” said Michelle Adams, women’s health nurse practitioner at HHM Health.

When Marissa Mendez learned she was pregnant she did not know what to expect or where to start looking for care, but she knew it was essential.

“I was just like I have no information on how this is going to go and this is next nine months, and I was like, I don’t know anything, really. I was starting from zero,” said Mendez.

The first-time mom learned about HHM Health and began to see Adams.

“When I got pregnant, I was like, I want the best for my baby,” Mendez said.

Although Mendez is only about a 30-minute drive from HHM Health, Adams explained that for many pregnant mothers in rural counties, they often have to travel to urban areas to seek OB-GYN care.

According to the Texas Medical Board, as of September 2021, there were more than 3,000 obstetrics and gynecologists in the state.

“Most OB-GYN are in larger towns and so those patients then have to travel to those other counties to get the prenatal care they need,” said Adams.

In an effort to ensure patients at HHM Helth going through pregnancy have the care they need, a supportive pregnancy group was formed. Women between 10-20 weeks attend meetings every four weeks for two hours. The group focuses on a different topic each session and members are able to ask providers any questions, from labor to postpartum.

Mendez said she looked forward to the group sessions because no matter how embarrassing the question may seem, others were seeking the same information.

The group sessions are educational. Adams focuses on answering questions and helping moms identify complications of pregnancy, such as preeclampsia.

“It helps them identify the symptoms if those things begin to arise so that they can notify us immediately or go to labor and delivery as directed,” said Adams.

Mendez had her baby in August and said the sessions helped put her at ease when she went through labor and as she goes through postpartum.

“It's definitely been a challenge, but she's such a good baby,” she said.

The clinic launched its second pregnancy support group in August. The group will meet through the pregnancy, and after 36 weeks the women will go into weekly individual appointments with their doctor. At the end of group sessions patients receive a brand-new car seat.