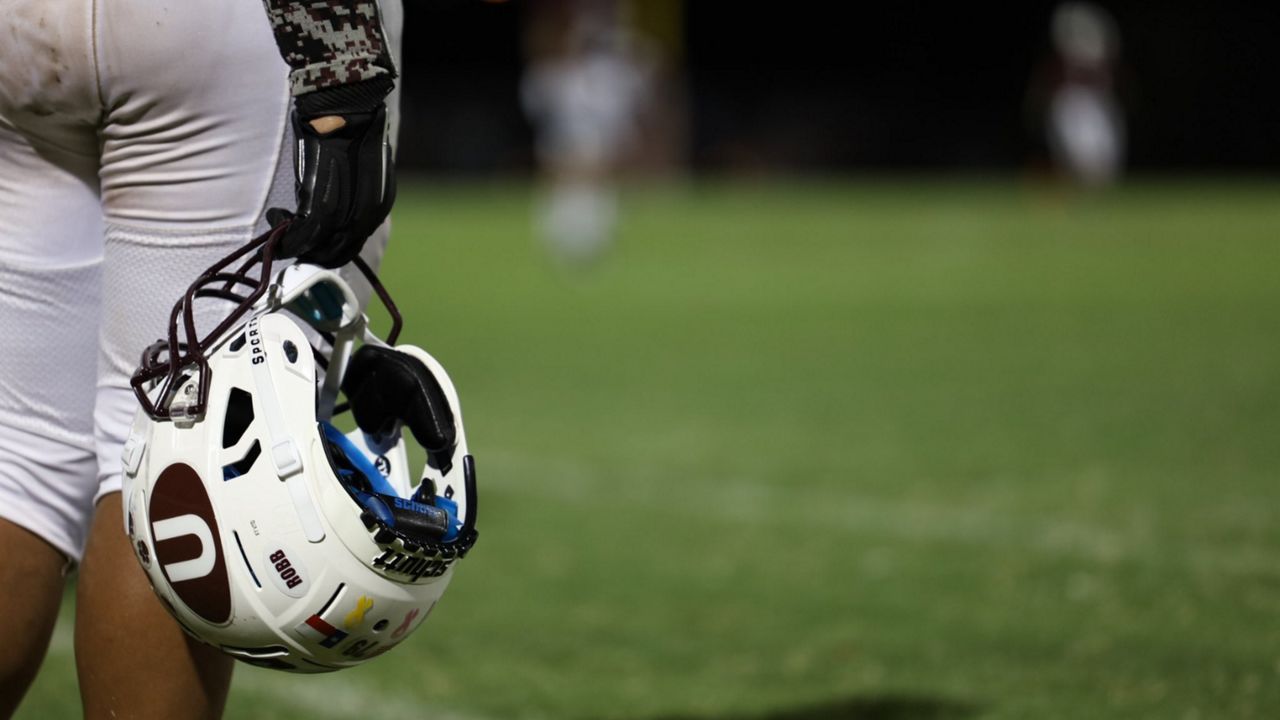 UVALDE, Texas — What happened last May in Uvalde has changed that town forever. Nothing can reverse what happened but there are things that have happened since and are happening now that can help unite the town. One of those being this football season for Uvalde High School.

“This season is way more than football. It's about other families,” says Frank Salazar, a senior on the Uvalde team. “It's just about this whole community bringing everybody together, making them forget about what happened.”

“We're playing to make this community just one again, because it kind of fell apart once it happened,” says Uvalde senior Justyn Rendon.

Everyone in Uvalde was impacted by what happened at Robb Elementary School, including the players and coaches on the high school football team. Jarrett Hernandez had a younger brother at Robb that day.

“I was just more scared for him than myself,” says Hernandez. “Honestly, I was hoping he was okay and everything.”

Head football coach Wade Miller got to the high school that afternoon and was told to go help at the relocation center, where parents were waiting to be reunited with their children.

“I saw and heard things that day I can't get out of my head and I'll never be able to get them out of my head,” says Miller. “You know, when there's parents, they're waiting to pick kids up and, you know, as a relocator that there ain't no more buses coming. It's tough.”

That day Uvalde lost 19 students and two teachers. 21 lives that will never be forgotten. Coach Miller said he got some questions about retiring the #21 football jersey at Uvalde High School in honor of the victims. He thought there was a better way to remember them.

“We kind of decided when you retire something, sometimes you forget,” says Miller. “While we don't want to dwell on the tragedy, we don't want to forget those 21 souls that lost their lives at all.”

The team decided that the #21 jersey would be given to the player that earned it and represented the best of what a player can bring. It now has special meaning.

“It's just you're holding your family's lives and kids lives and they're in your hand,” says Salazar. “I mean, the number that you're wearing is just, it means a lot.”

This summer that number was given to senior linebacker Justyn Rendon.

“I was loss of words when he first told me, I was really big shocked that I'm going to be able to go out on Friday nights and wear that 21 and show the love to the community,” says Rendon.

That number took on even more meaning in the first game of the season when Uvalde beat Carrizo Springs 21-13. They followed up that performance with their first home game of the season on Sept. 2. A night that was going to be special no matter what took on a different level of impact when the Coyotes beat Eagle Pass Winn 34-28 on a last second touchdown.

“It brings happiness to me and not only to me, but to them,” says Salazar. “Letting them forget about what happened and what has gone or what has happened in this town at the same time.”

“If nothing else, on Friday nights, for three hours, we can provide joy, a distraction,” says Miller. “We're hoping that we can shed a positive light on this community because it's had a lot of bad pub. And this is this is a great town.”

The Uvalde Coyotes have given the community just that with a few memorable wins and 3-1 start to the season. That's more wins than they had all of last season.