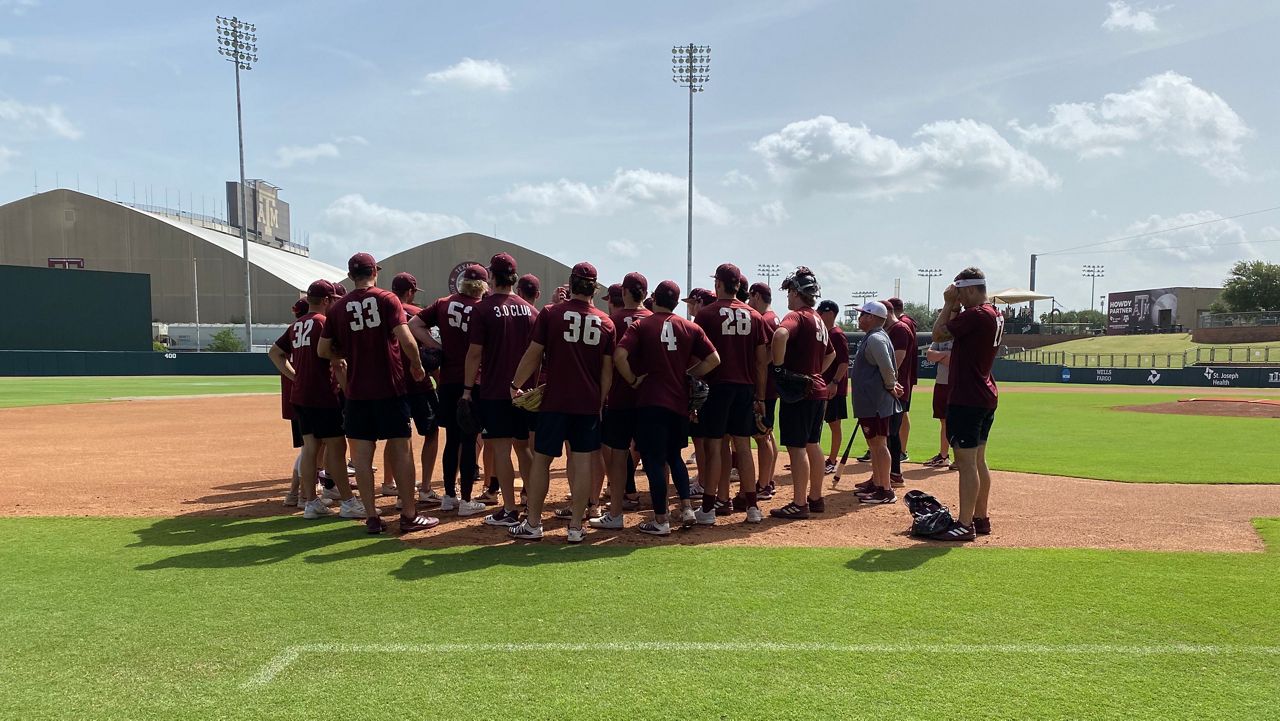 COLLEGE STATION, Texas — After missing the postseason last year, Texas A&M University decided it was time for a coaching change. They brought in Jim Schlossnagle, a highly successful coach from Texas Christian University, to turn the program around. He has done just that in his first year, leading to Aggies to the College World Series.

“I’m excited, this never gets old,” said Schlossnagle, who took TCU to Omaha five times. “You work all year long to have this opportunity.”

One of the big reasons that A&M could have almost instant success under their new coach was the addition of some impact transfers last summer. One of those is Dylan Rock.

“Given where our roster was and the guys we lost, I thought he had the ability to have a big impact for us,” Schlossnagle said.

Rock signed with The University of Texas at San Antonio out of high school and was a starter in the Roadrunners outfield for four years. After the 2021 season, he was looking for a new opportunity and entered the transfer portal.

“I knew I wanted to go to the SEC because obviously it’s the most respected, best conference and best competition,” Rock said.

Rock took a visit to Kentucky, but on his way back, got a call from the new staff at A&M to come check out what they could offer at College Station. It didn’t take long for him to be convinced that this was the right spot.

“I kind of knew then, Texas A&M and Coach Schlossnagle, that’s where I want to go,” Rock said. “I just knew that this coaching staff knew what it took to win.”

What Rock and the staff didn’t know was just how much of an impact the new Aggie would have. Rock became the top power hitter in the A&M lineup and leads the team with 19 home runs and 59 RBIs.

“I don’t think you ever envision, even a guy as talented and strong and physical as he is, to have that kind of season in this league,” Schlossnagle said.

“The way that this year has gone has been unreal,” said Rock. “I couldn’t ask for anything more. It’s been the most fun year of my college career.”

On this run to Omaha, Rock has had some colossal hits. He had a home run and 5 RBIs in the regional-clinching win over TCU.