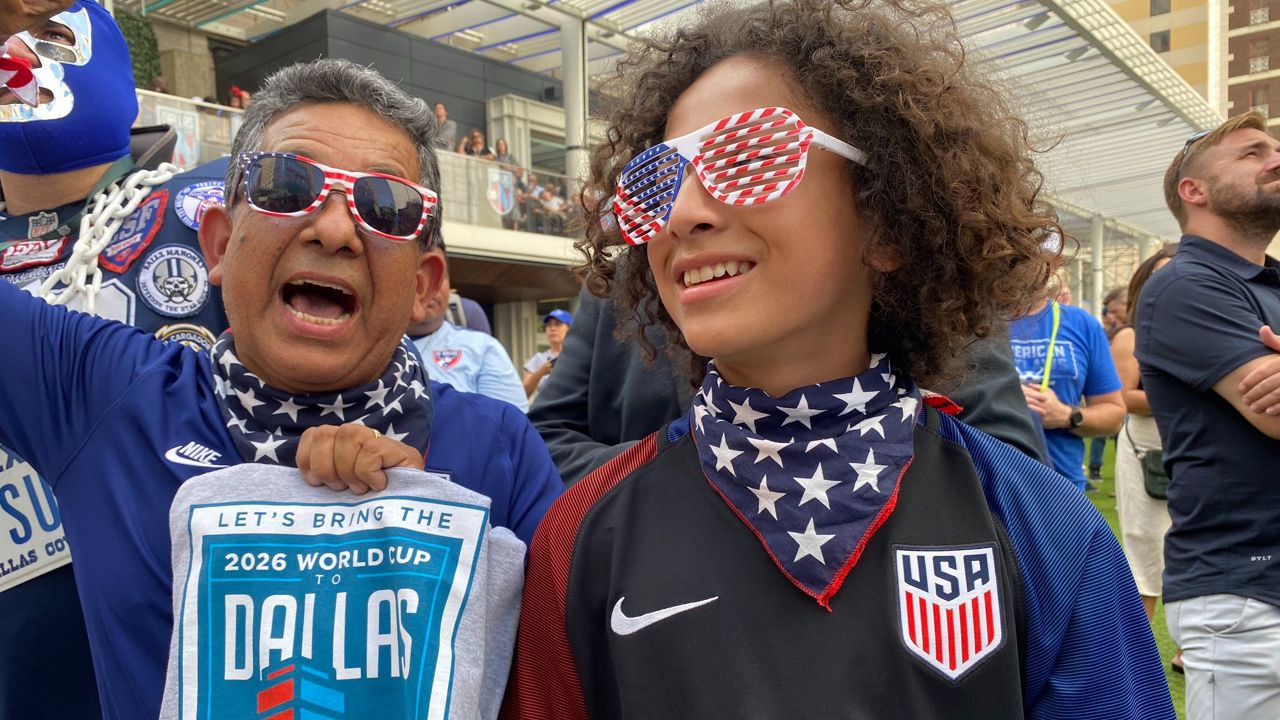 TEXAS — FIFA released the names of cities selected to host the World Cup in 2026 Thursday. Dallas and Houston are among the 11 U.S. cities to win bids.

Fans gathered at AT&T Discovery District in Dallas to await the fate of hearing if their city would have the honor of hosting the games, where they heard Mayor Eric Johnson and Dallas Cowboys owner Jerry Jones speak.

This isn’t the first time all eyes have been on North Texas for the World Cup, with 1996 being the first. FC Dallas and Host City Bid officials say hosting the games could bring nearly $400 million in revenue along with thousands of new jobs.

The World Cup will kick off in Texas at the AT&T Stadium in Arlington first before the games make their way to the NRG Stadium in Houston.