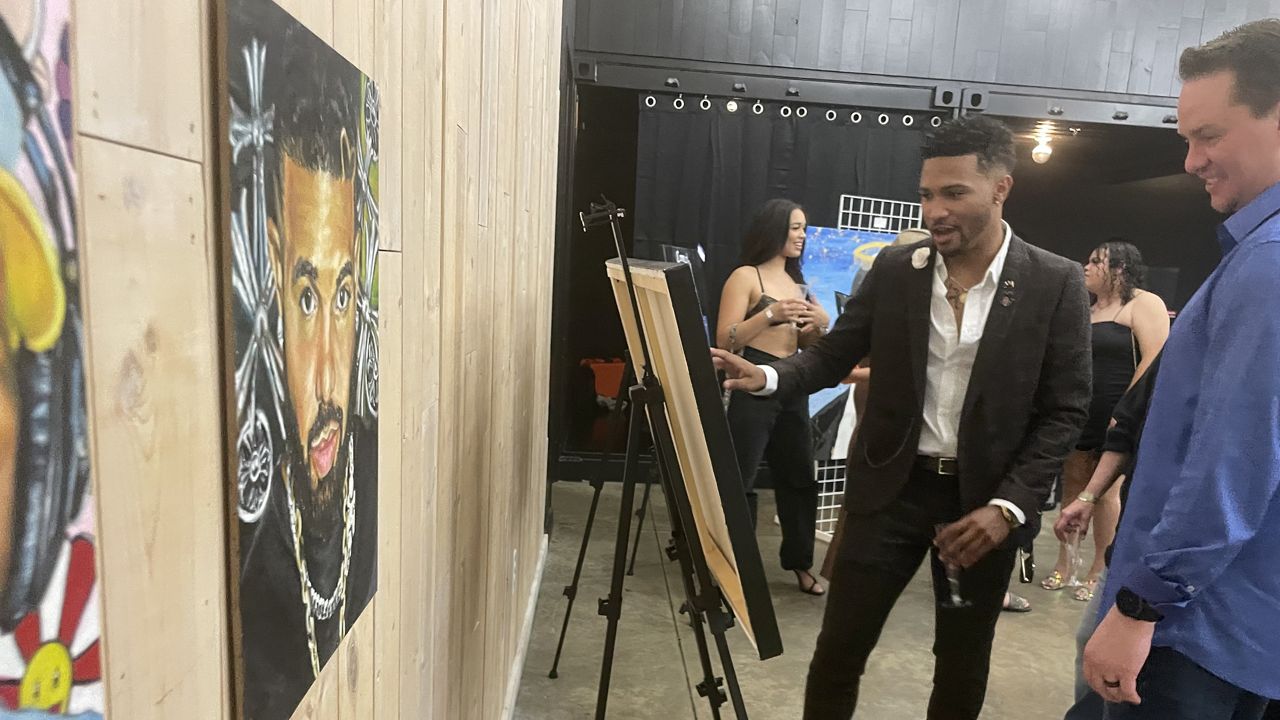 AUSTIN, Texas — Some athletes struggle to find avenues they can pour into after hanging it up, but not Christian Jackson.

The former Texas State hurdler is making waves in the art space. Jackson first picked up art at a young age but didn’t take to it because sports were his priority. Football was his first love, but a coach convinced him to try track.

“I’ve always been artistic. I always draw, doodle and stuff, but art wasn’t cool when you were growing up. Sports are cool. Art was just something you did,” Jackson said.

Jackson started running track in third grade, choosing to run the 400-meter hurdles once he was eligible. This came after watching his idol, Kileen Ellison, and North Texas alum Steven White. Jackson would run hurdles and play football for the Eagles in high school.

As a two-sport athlete, he realized his best shot for a Division I scholarship was on the track. He would eventually accomplish that dream at Texas State.

Jackson needed to adjust during his time in San Marcos. Conditioning and injuries led to a slow start during his college career, but he helped the Bobcats win an Outdoor Track And Field Sun Conference Championship in 2019.

His confidence was riding high heading into his senior outdoor season. Then sports went on hiatus because of the spread of COVID-19.

“I had a lot of time on my hand ‘cause of COVID. I’m in the room, painting all day, every day. I’m selling paintings, ‘cause there’s no work, but I still gotta eat. I sell a painting for $75 and I say, ‘Wow! That’s easy money,’” Jackson said.

Jackson and partner Henry Agin began hosting art galleries at the start of the pandemic. They have collaborated for three showings, with the latest highlighting “Culture In Color.” It's a mixture of prominent figures in history, hip-hops and sports. Their goal is to bring people together so they can see representation in these spaces.

“It’s a big reason why we do what we do. To shine a light on a crowd of people who may get a bad rap for whatever reason. They can see ‘Oh, this is what culture in color is all about,’” Jackson said. “They grow respect for not just us, as individual artists, but the culture we’re trying to highlight. The people that we paint, the events we’re trying to capture, that’s a big reason we do what we do.”