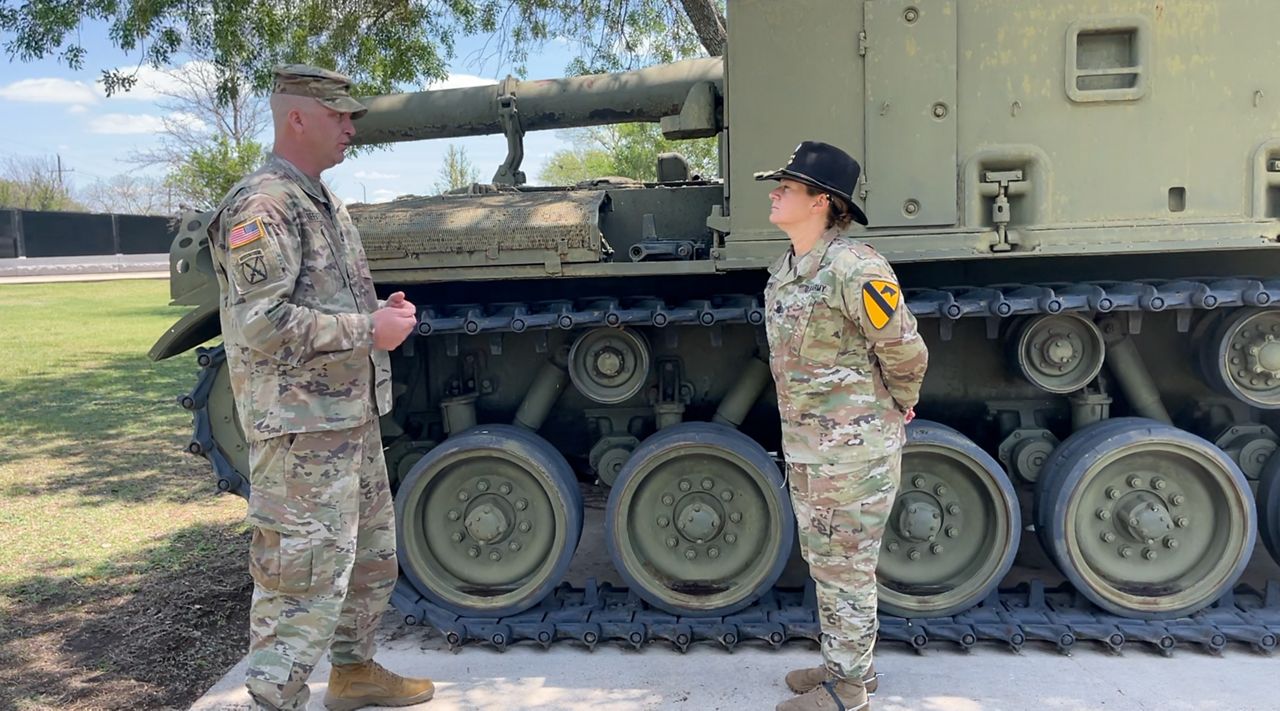 For one active duty leader, addressing the Army’s high suicide rate is personal

FORT HOOD, Texas — According to the USO, “Suicide rates among active-duty military members are currently at an all-time high since record-keeping began after 9/11.”

For one active duty leader, addressing the military’s high suicide rate begins with using her own experience to prevent further loss.

“There’s nothing really to compare it to other than just a sinking feeling in your stomach, a stab in your heart,” Lt. Col. Lillian Woodington said.

The battalion commander sadly recalls losing soldiers to both combat and suicide.

“My first experience dealing with the loss of a soldier to suicide was something that could have been prevented. The soldier was fine and then, you know, received some bad news from home and made a life-altering decision before anyone could intervene,” Woodington said.

“To make sure that all the way down to our most junior soldier, the brand new soldier who just joined the Army, that they know how to help their teammates,” Woodington said.

It’s an all-hands-on-deck approach and a mission that is essential for Deputy Division Chaplain Matthew Weathers. Weathers says one initiative they are starting includes collaboration between mental health providers and unit ministry teams.

“To be able to staff one office in our behavioral health clinics out here, right outside the door, with a unit ministry team on a daily basis, so that when service members come in, they have more options,” Weathers said.

Sgt. 1st Class John Reeves is one of Woodington’s soldiers. Reeves is a big part of coordinating training geared toward improving connections between soldiers and leaders.

“It allows us to — not just soldiers, but also our peers — intervene in a timely way, so that that soldier never actually reaches crisis,” Reeves said.

The goal is to promote the value of life.

“We have suicide hotlines available at anytime we have veteran service support,” Woodington said.

If you or someone you know has had suicidal thoughts you can call the National Suicide Prevention Lifeline at 1-800-273-8255.