SAN ANTONIO — Dr. Uchenna Lizmay Umeh, who's known as Dr. Lulu, worked as a pediatrician for 30 years before she noticed there was a high rate in suicide attempts amongst youth.

“I’m done. I don’t want to stay in the office, and be writing for prescriptions for Penicillin, which I call Penicillin pediatrics,” Lulu said. “So, I asked myself, why do kids want to kill themselves?”

As Lulu searched for answers she noticed LGBTQ teens were at a high risk of having suicidal thoughts.

“And then when I looked closer, I found out [it’s] because of rejection from their parents, or from the society or their church or from people you know,” Lulu said.

So, she launched Dr. Lulu’s Coaching Lounge to help parents with LGBTQ children.

“And I’m just trying to get parents to support their kids and love their kids,” Lulu said.

Lulu was 16 years old when she told her father back in Nigeria that she liked women. He told her that it was just a phase.

One husband and three children later, Lulu’s now openly queer and she’s created a podcast called "The Pride Corner" in which parents can be vulnerable. 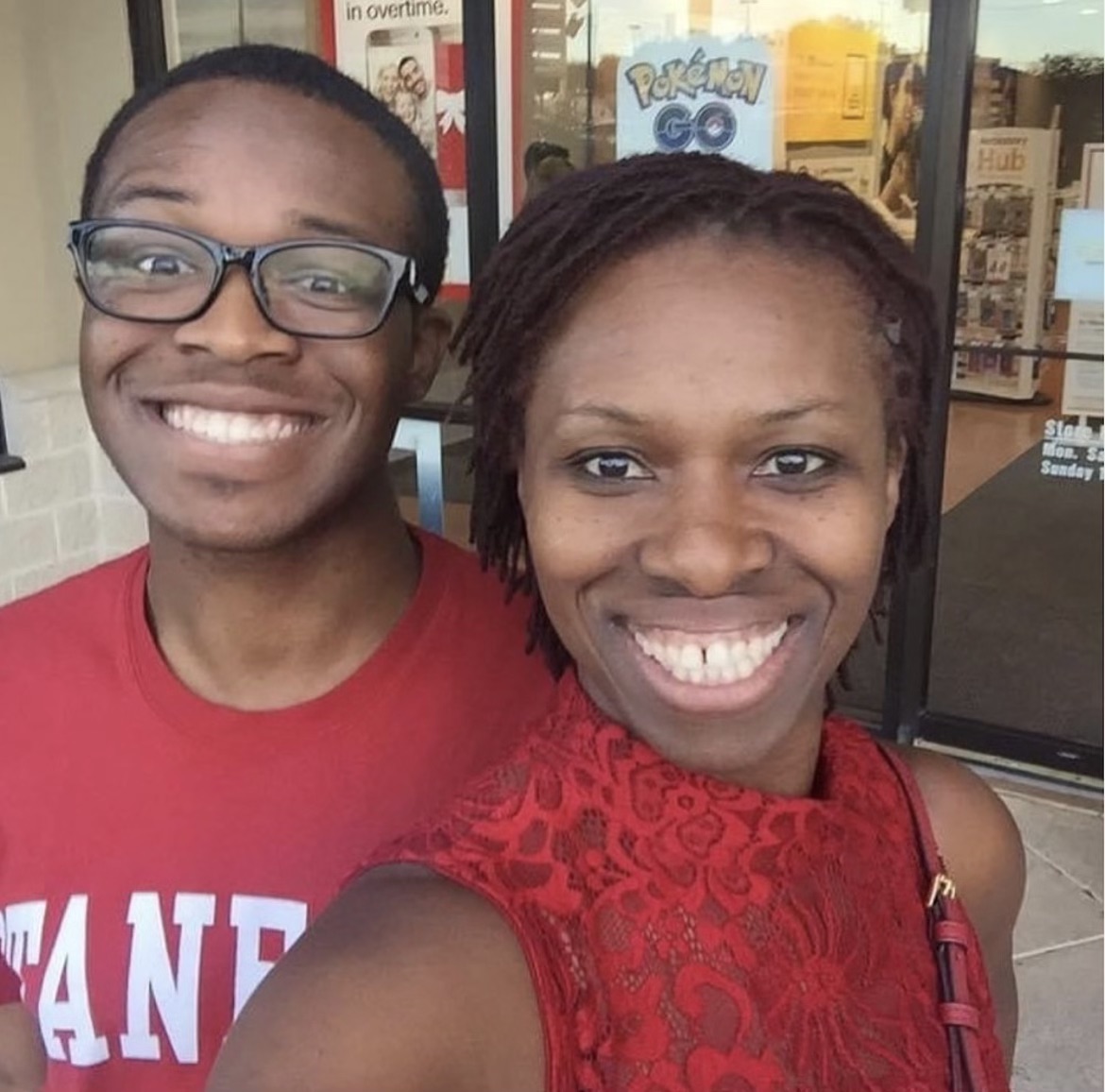 Dr. Lulu takes a selfie with her child who identifies as non-binary. (Courtesy: Dr. Lulu)

It’s a space that has allowed Bexar County Sheriff Javier Salazar to talk about how he and his wife made it welcoming for their daughter when she came out as a lesbian. Salazar was a special guest on the podcast held at Dakota Ice House on San Antonio’s East Side.

“If my family’s journey helps… if it just helps save some heartache for a child who doesn’t feel loved,” Salazar said to the panelists.

According to the U.S. Center for Disease Control and Prevention, teens who feel valued by their parents are less likely to experience depression, use drugs and alcohol and attempt suicide.

“It probably took a lot of courage for them on their part to come out. You [parents] are the most important person in their whole life,” Salazar said. “And the way they determine their sense of self-worth is how mom and dad love me. ‘Do mom and dad love me for who I am?’”

Lulu is even honest about her own struggles. Despite being queer, she had a hard time understanding when her eldest child told her that they were non-binary, someone whose gender identity isn’t exclusively male or female.

“I struggled myself to reconcile what I knew as a child. What I was taught in church and what the world says?” Lulu said.

A recent national study, The Trevor Project, showed this can literally save a child’s life. Transgender and non-binary youth who reported having pronouns respected in their household attempted suicide at half the rate of those who don’t.

“I tell myself… I’m going to love my child and that’s it,” Lulu said.