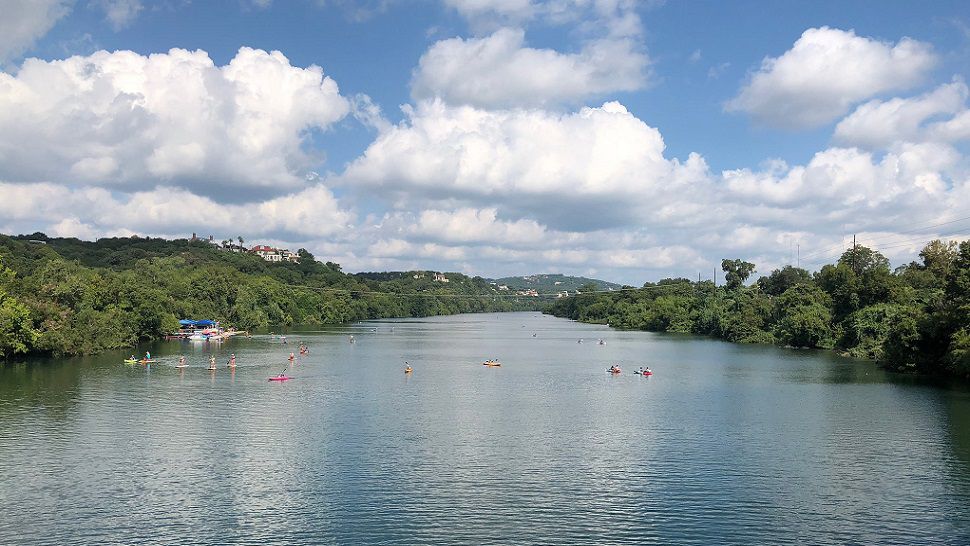 Bright and dry for now but wetter, cooler days ahead

As predicted, Austin ended up a good five degrees above our normal high of 90 out there yesterday, and we're aiming for at least 94 today.  High pressure dominates the top half of Texas but a low pressure disturbance is trying to swirl in from the south, and with it comes our next chance for rain.

Plan for mostly to partly sunny skies today with winds from the south-southeast aorund 5 to 10 mph.  The breeze will be even stronger tomorrow, bringing in more moisture from the coast.

At the same time, a weak tropical cyclone is trying to form about 850 miles southwest of Austin -- near Cabo San Lucas -- and it's sending Pacific moisture into Texas from the west.  Futurecast shows some rain spreading our direction, possibly entering the Hill Country later tonight.

The Gulf disturbance is forecast to move up towards Austin through the day tomorrow then gradually drift east on Friday.  Overall, it's a 20% rain chance here at home during the night then we'll bump the odds up to 40% tomorrow.

Our in-house model shows hit-or-miss storms firing up during the day then more widespread, potentially heavy rain arriving on Friday (60% chance.)  The odds peak at 70% on Saturday -- the Autumnal Equinox -- and, again, could include some very heavy downpours.  Make your plans accordingly.  The equinox officially occurs Saturday at 8:54 p.m. CDT.

Upper-level high pressure is expected to take over again starting Sunday, and that will diminish the rain chance into early next week.

Interestingly enough, the models show a fairly significant fall front coming towards the Gulf Coast during the middle of next week.  Another round of showers & storms will be possible followed by some cooler weather.  We'll talk more about the long range forecast and potential rain totals on 'Weather on the 1s' -- we're on every 10 minutes on TV or via the live stream.