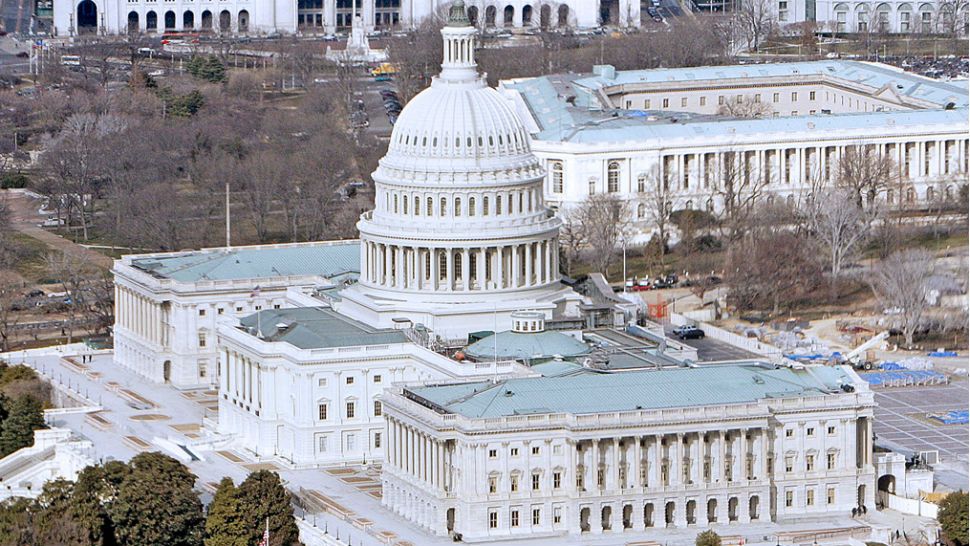 The new numbers were released Tuesday by the House Office of Compliance, the taxpayer-funded office that handles the often-secret payouts to House employees. The information reveals three previously undisclosed settlements for sexual harassment. It does not identify the lawmakers' offices involved or name the accusers. It was not clear whether the cases involved accusations against a lawmaker or a member of their staff.

The Office of Compliance previously released more recent statistics that revealed a single $84,000 sexual harassment payment on behalf of Rep. Blake Farenthold. Before announcing that he won't seek re-election, Farenthold pledged to pay back the amount of his settlement.

The statistics also show an additional $12,240 was paid to settle an age and race discrimination and retaliation claim for a non-member led office on Capitol Hill.

Revelations and allegations of misconduct in the political sphere continue to roil Capitol Hill.

In the past month, six lawmakers have been forced to resign, retire or abandon plans to seek re-election after each was accused of sexually inappropriate behavior: Reps. Farenthold, Ruben Kihuen and Joe Barton have said they won't run again, while Sen. Al Franken of Minnesota and Reps. Trent Franks of Arizona and John Conyers of Michigan announced their resignations.

As Congress grapples with how to reform what has long been known as a "boys club" environment, both chambers have agreed to adopt mandatory sexual harassment training programs for all members and their staffs. Additionally, bills have been introduced that would eliminate mandatory confidentiality clauses attached to mediation and require members to repay any settlements made with taxpayer funds.

On Tuesday, the Committee on House Administration adopted regulations to implement the training, which will be at least one hour long, cover the prevention of harassment, discrimination and retaliation, and occur in person, or via interactive webinar or video conference for employees in district offices outside of Washington. In addition, every office will be required to post a sign outlining protections provided to employees under the Congressional Accountability Act, and participate in a climate survey.

The statistics released by the Office of Compliance don't include every harassment payout from members and their offices. In Conyers' case, the lawmaker paid a former aide $27,000 from his own congressional office budget, raising questions about how often such payments, which are virtually untraceable, are made.