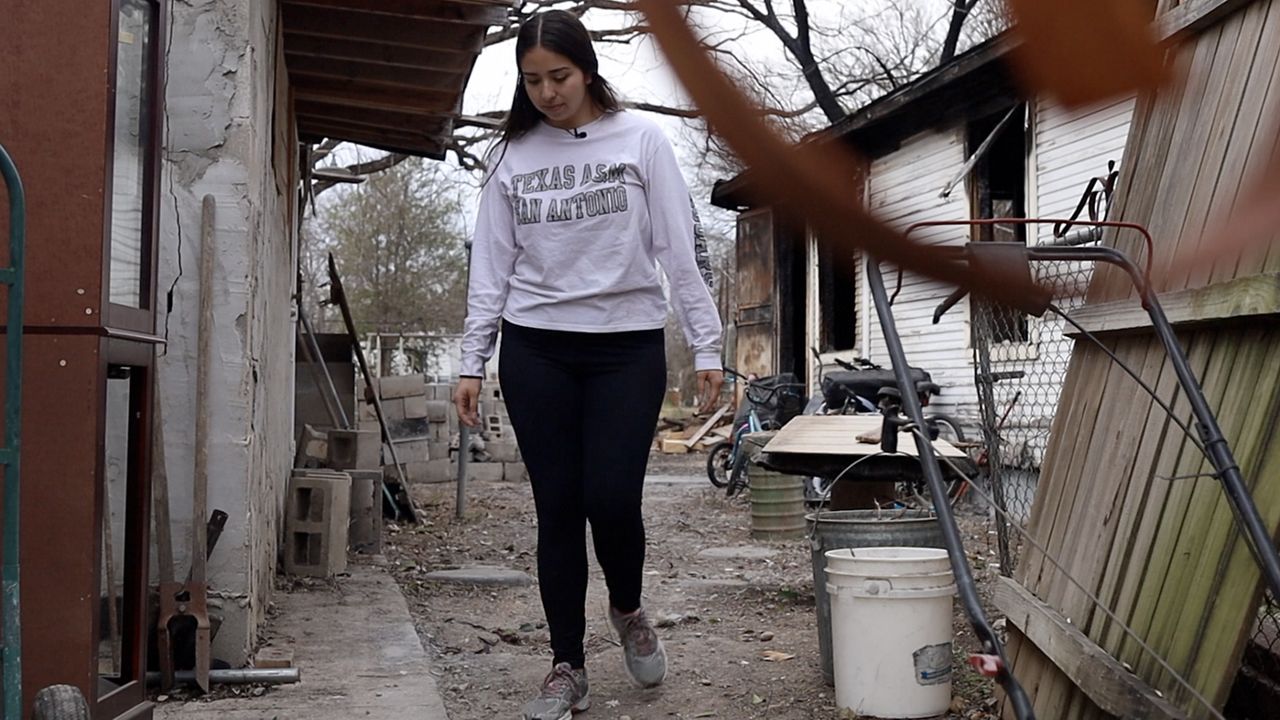 Sarah Cervera walks through the ash on the side of her home that caught fire. (Jose Arredondo/Spectrum News 1)

SAN ANTONIO — When Sarah Cervera walks into the place she’s called home her entire life, it’s difficult for her to recognize it. It caught fire days before the new year.

“I felt like everything I had before that moment had gone up in flames,” she said.

The ash from the fire covers the damaged walls.

“That’s where it started. It burnt down to the ground. There was faulty wiring and so it spread from that wire through the rest of the house,” Cervera said.

Four generations of game nights and 80 years’ worth of memories created seem to be the only things this fire didn’t burn away.

“All of our stuff like my mother’s wedding dress, baby vintage clothes,” Cervera said.

Her family’s primary focus is to salvage this casita (home). The one-acre property is this family’s generational wealth. Cervera’s mom, Sarah Vidal, explained that importance.

“My grandfather bought it back in the day for just $100, so it means a lot to me,” Vidal said.

Vidal remembers growing up and having a perfect view of Mission Espada.

It’s a place Cervera’s going to call her own someday, but without home insurance, she and her family are going to have to come up with $50,000 to rebuild.

“The only thing that you have is yours and finding it to get insured and all, it’s next to impossible,” Cervera said.

Spectrum News 1 spoke to Cate Deventer, who is an insurance analyst for Bankrate.com. She explained how inflation widened that gap for Texas home owners.

That’s on top of the property tax increase and appraisals.

Cervera started a GoFundMe to help rebuild this house that’s been on the Southside of San Antonio for nearly a century, but there’s a lot she has to do before she even breaks ground.

“I kid you not, I have an Excel spreadsheet with about 30 to 40 people that I’ve called,” Cervera said. “It’s a lot because school starts on Tuesday.”

It’s this 20-year-old student journalist’s last semester of undergrad, which is a lot to juggle, but she’s determined to preserve this casita for generations to come.