FILE - In a Thursday, Aug. 16, 2012 file photo, dead mosquitos are lined up waiting to be sorted at the Dallas County mosquito lab in Dallas. (AP Photo/LM Otero, File)

APH stated that although it has found no human cases of West Nile virus at this time, the positive mosquito pool confirms the virus has made its way to the 78721 ZIP code.

APH has identified a positive mosquito pool for West Nile Virus in the 78721 zip code.

Although no human cases of West Nile Virus have been identified, the positive mosquito pool indicates the virus is in our community.
Read more👉 https://t.co/L7IlcLrWnx https://t.co/evHkVBWJJU

Last year, APH confirmed eight positive mosquito pools in Travis County, with 1,515 positive pools in the state of Texas. Seventy-seven cases of the West Nile virus were confirmed as well.

“The monitoring of mosquito pools is key to keeping the public informed and safe, especially when many people are spending time outside,” said Marcel Elizondo, interim assistant director for Environmental Health Services. “By removing standing water and using prevention tools, we keep ourselves, our families, and communities safe.”

West Nile virus, notoriously spread through being bitten by an infected mosquito, is the most common mosquito-borne disease in the U.S. However, according to APH, only 20% of people infected develop symptoms, and even fewer develop serious illnesses. Older people, as well as individuals with certain medical conditions, are at a greater risk of developing serious complications from this disease. 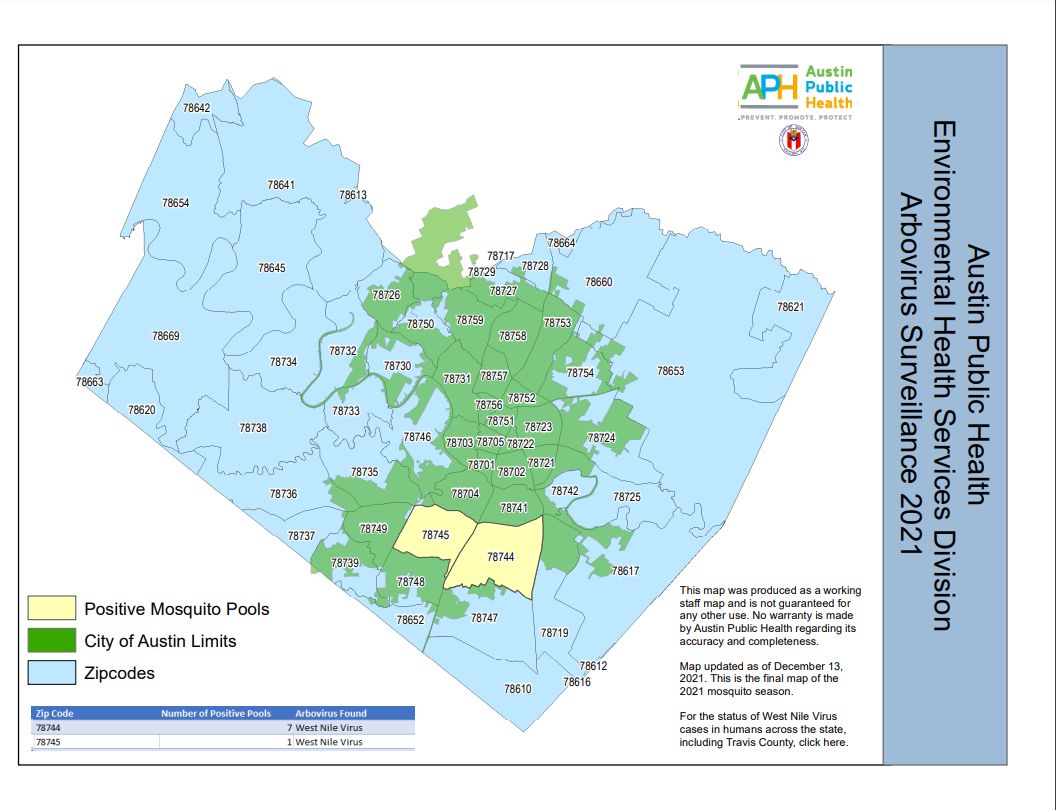