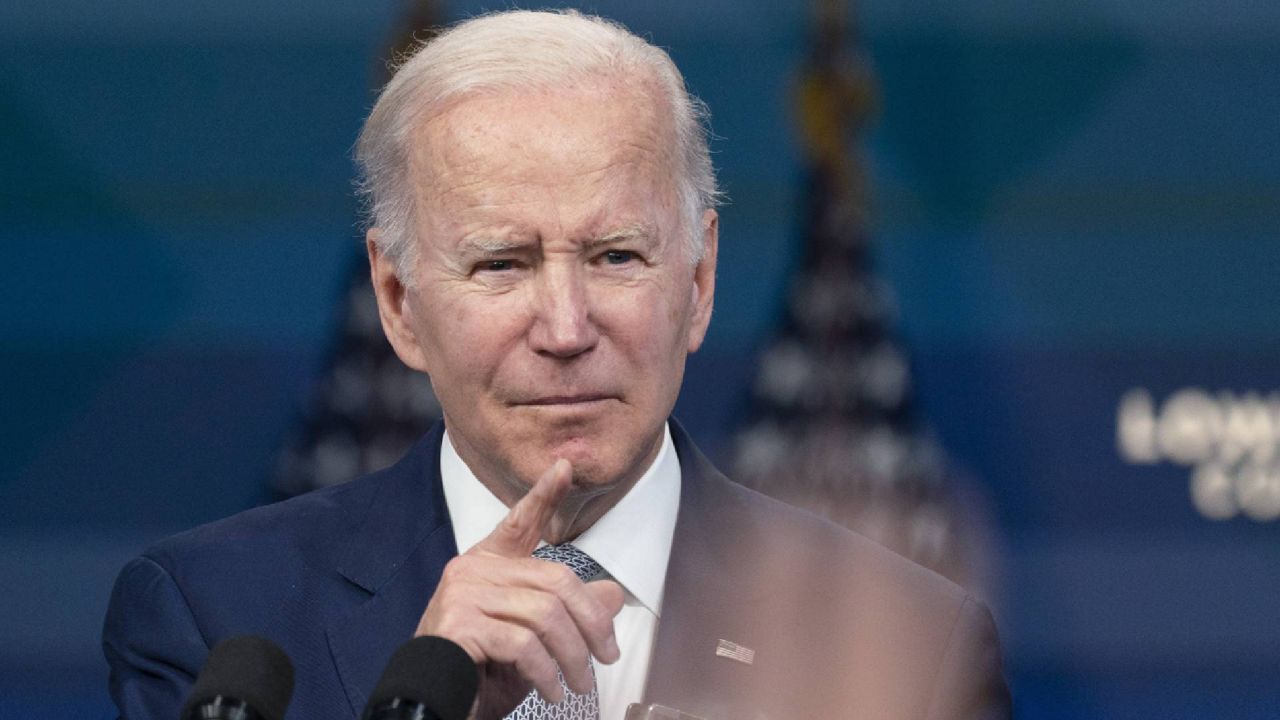 President Joe Biden speaks calls on a reporter for questions in the South Court Auditorium on the White House complex in Washington, Tuesday, May 10, 2022. (AP Photo/Manuel Balce Ceneta)

President Joe Biden put rising prices front and center at the White House on Tuesday as he laid out his plan to fight inflation, which Republicans have pointed to as a major blemish on his record as Democrats head into the midterms this year.

Biden on Tuesday pointed to a three-part plan to combat rising prices: lower the cost of gas and produce more energy at home, address the everyday costs of things like prescription drugs and food and ask Congress to impose a tax on the wealthiest Americans.

“I want every American to know that I'm taking inflation very seriously, and it's my top domestic priority,” Biden said. “My plan is to make concrete, common sense steps to bring down the biggest expenses that families are facing.”

He spoke on the same day that U.S. gas prices hit another record high of $4.374 per gallon and a day before a key monthly report on consumer prices was set to be published Wednesday.

The president once again drew contrast between his efforts and a Republican plan put forth by Sen. Rick Scott of Florida that could raise taxes on about 75 million Americans and end federal programs like Social Security.

“Republicans have offered plenty of blame, but not a single solution to actually bring down the energy prices,” Biden said Tuesday.

There are no straightforward steps that a president can take to force prices down, experts say.

“The effect the president can have on inflation is pretty limited, especially in the short run,” said Benjamin Page, a senior fellow at the Urban-Brookings Tax Policy Center. “Number one, it would take a while and the cooperation of Congress, and number two, I think it's just limited what you can do through tax and spending policy.”

Nevertheless, Biden on Tuesday pointed to some of his recent moves and the policy proposals he has put forward for Congress to help lower prices.

The president first highlighted his efforts to bring down the price of gas, including the authorization of an average release of 1 million barrels of oil per day from the U.S. Strategic Petroleum Reserve, which in coordination with allies is expected to put 240 million barrels on the market over the next six months.

Much of the disruption in the oil market has been recent and due to Russia’s invasion into Ukraine, Biden noted. The Consumer Price Index (CPI) for March showed a 8.5% increase in prices from the year prior, the highest in 40 years, after the U.S. sanctioned Russian oil.

The releases from the reserve have brought down prices slightly, but an announcement from European countries that they would also look at banning Russian oil has contributed to a new increase.

Biden on Tuesday also spoke about his efforts to bring down the cost of everyday goods like food, another sector impacted both by the war in Ukraine and pandemic-related kinks in the supply chain.

“Ukraine has 20 million tons of grain in storage in silos right now,” Biden said. “We're working with our European partners to get this food out into the world so it can help bring down prices. But it's difficult because, again, of Putin and the Russian invasion of Ukraine.”

On the supply chain front, some of the administration’s work has been successful to decrease backlogs at ports. But upgrading supply chain infrastructure and transitioning critical goods to domestic production will take significant time, two things Biden has focused on as well. He most recently traveled to Ohio to call for Congress to pass a bipartisan bill that would kickstart American manufacturing of critical semiconductor chips and boost U.S. innovation.

Other prices he can only try to lower with Congress' help, such as drug costs. Biden has called on lawmakers to pass legislation on prescription drug prices, such as a cap on the cost of insulin and a measure that would allow Medicare to negotiate drug prices with pharmaceutical companies.

That was part of his broader, multi-trillion domestic agenda which stalled on Capitol Hill, a package that also included efforts to subsidize child care costs and pay for pre-kindergarten.

But that kind of spending is exactly why Republicans knock Biden and Democrats, and they often say that the $1.9 trillion in spending on COVID-19 relief last year has been a major contributor to inflation.

“They took an economy ready to soar, turned it around and drove it  into the ground,” said Minority Leader Mitch McConnelll, R-Ky., on the Senate floor on Tuesday. “The American people are hurting as a result.”

Page of the Tax Policy Center said government spending is a factor but not the only cause of rising prices.

Economists expect the CPI report to be released on Wednesday to show a slight decrease in average prices, partly because gas prices were more stable in April, Page said.