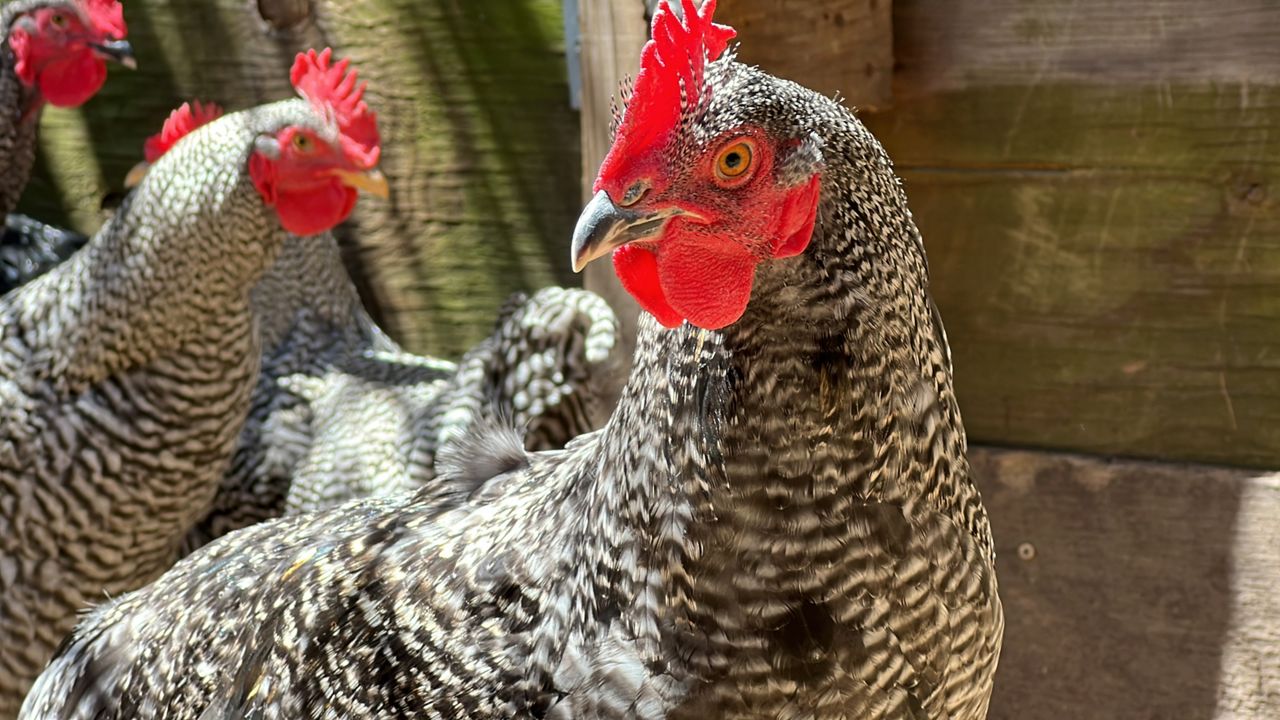 DALLAS — The United States is dealing with its worst outbreak of bird flu in 7 years. But as of now, the outbreak’s presence in Texas remains low. Texas reported its first avian flu cases in early April at a commercial game bird operation in Erath County near Dallas. This is the first confirmed presence of the highly pathogenic avian influenza (HPAI) in Texas.

Out of an abundance of caution, many bird exhibits — like the ones at the popular Dallas, Fort Worth and Houston zoos — have temporarily closed.

The bird flu has hit at least 30 states since mid-January, when the first detection of the virus in wild birds was first recorded this year in South Carolina in an American wigeon. This is the first detection in the United States since 2016, according to the USDA. The virus hit backyard and commercial flocks in early February, first found at a commercial turkey flock in Indiana.

While the avian flu poses low risk to the public, tens of millions of birds have already had to be killed and this has driven up prices for meat and eggs, on top of the effects of overall inflation and Easter.

The pheasants that were found to be infected with HPAI in Texas were euthanized, as well as the mixed-bird flock at the location that included other pheasants, quail and ducks. There was also a 14-day quarantine period for a 6-mile radius surrounding the isolated game ranch, according to Texas A&M AgriLife Extension. The U.S. Department of Agriculture Animal and Plant Health Inspection Service, APHIS, and Texas Animal Health Commission, TAHC, were tasked with monitoring the birds within that perimeter.

“[APHIS and TAHC] feel relatively confident this is an isolated incident because of the ranch’s location,” Archer said. “But we need people with backyard flocks to be especially diligent about reducing birds’ exposure to wild birds as the spring migration continues,” said Greg Archer, Ph.D., AgriLife Extension poultry specialist. “We also want to reassure the public we are not seeing cases of human sickness related to this pathogen.”

Archer said the avian flu pathogen was likely “tracked in” to that facility in Erath County, perhaps from bird feces on the bottom of a boot. He wants to ensure that biosecurity is of the utmost importance for producers right now, whether commercial poultry or backyard.

Since 2005, Cheryl Lacy and her husband Mike have sold chickens and goats at Chickenville USA in Elmo, Texas. Full grown chickens are in short supply, so they’re only getting baby chicks in every is weeks. With news of the avian flu spreading across the United States, Lacy says she’s not concerned, but that’s only because she knows exactly where her flock comes from.

“You got to start out with good stock. It’s got to come to you clean,” Lacy said. “That’s the only way we did it. Then that way we know everything that comes in is clean. See if I were to go to a farmer and buy chicks from them, I won’t know. We’ve got the certificates from the companies that we work with and we work with four verified hatcheries. So we could give [customers] a copy of that certificate to prove that they’re healthy.”

Lacy doesn’t let customers into the barn in order to lessen the possibility something will come into there that could be harmful for the poultry. The U.S. Department of Agriculture is looking into vaccines that would protect poultry against the highly pathogenic avian flu, but those shots would be too late to stop this current outbreak that’s killed more than 20 million birds so far.

“Yeah, your cost of chicken’s gonna go up for that reason. Sure. It’ll have a bearing on it,” Lacy said.

While Lacy isn’t concerned about her own flock, that doesn’t mean she’ll get lax about being cautious over bird flu and other diseases.

“There is no fixing it. They’ve got to evacuate everybody and there’s no way around it. That’s why it’s so important to get [chicks] vaccinated and come to you clean because once you get it in your barn, and then they have to sterilize the barn and it’s not good,” Lacy said.

As for when you’ll be able to see birds at the zoo again, remains to be seen. Dallas Zoo told Spectrum News that the birds and suits (pigs and hogs) are off habitat and will remain so until a decision is made based on information from USDA and the state. Fort Worth Zoo said according to recommended guidelines, the species will remain indoors for up to 28 days (since April 3). If experts detect the virus within a defined radius from the Zoo, that time period will restart.