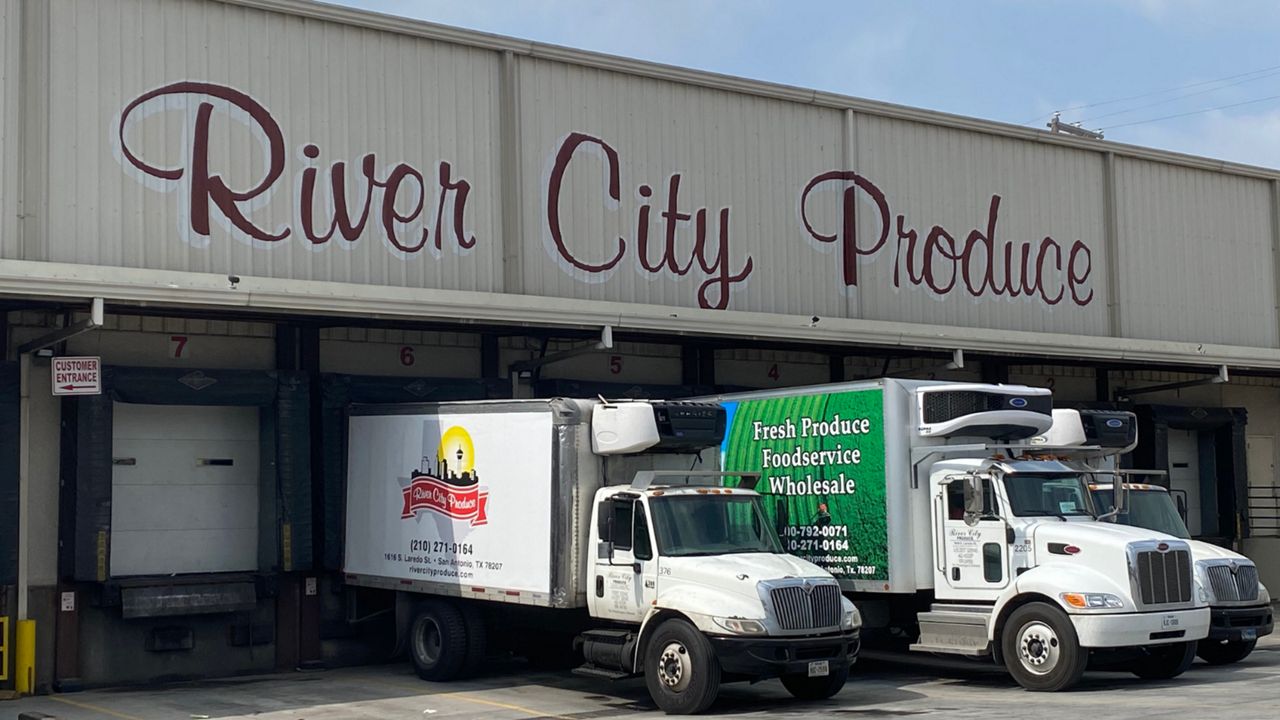 River City Produce sells wholesale to everyone from restaurants to stores. They ship all over the state of Texas.

“Is this coming on one of the Valley trucks?” asked Gonzalez.

He showed us some pallets of the produce that they received from the Rio Grande Valley this morning.

“These came in on one of the trucks from the Valley, one of our trucks. There’s stuff that’s crossing. It’s just taking a little bit longer,” said Gonzalez.

Because of the backlog, the produce ultimately takes longer to get to their customers.

“This is jalapeño from Mexico. Bell peppers are coming from Mexico. So there’s plenty of product. I keep going back to it. It’s a man-made issue,” said Gonzalez.

He said they’ve seen different issues at the border in the past.

“This one’s different. It’s uncharted territory, so we’re saying ‘Come on guys, just work it out. Figure it out. Let’s get back to work. Let’s get the trucks rolling,’” said Gonzalez.

He said he sees the issues from both sides, and knows the government is going to do what they need to in order to make sure they inspect everything correctly. With so much perishable produce sitting in trucks along the border, Gonzalez said he hopes to see the problem solved soon.

“I think there will be a quick resolution. There has to be. If it turns into something much longer, then we’re going to have some issues,” said Gonzalez.