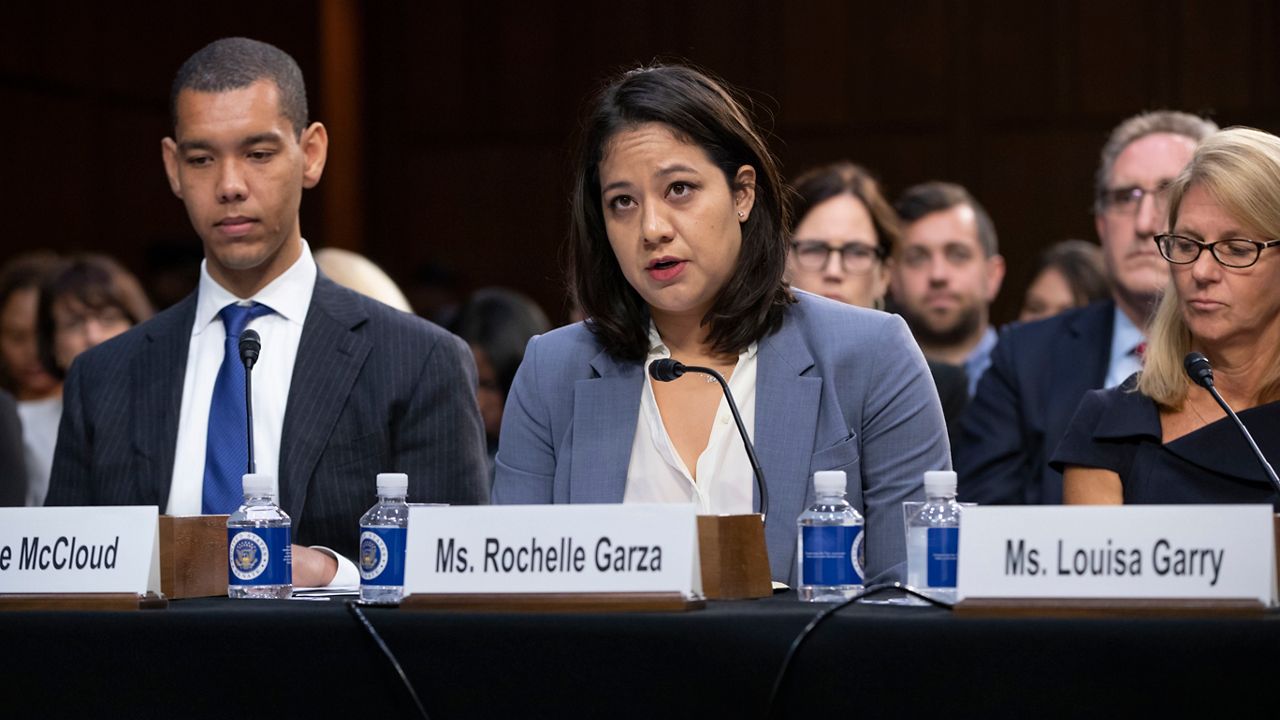 Rochelle Garza on her runoff campaign for Texas attorney general

AUSTIN, Texas — Rochelle Garza is a former ACLU lawyer, fifth-generation Texan and an expectant mom. She also could soon be the Democratic nominee for Texas attorney general.

“I’m a fighter,” said Garza during an interview on Capital Tonight. “And I’m someone who comes to this fight for Texas families.”

In the race for Texas attorney general, neither the Republicans nor the Democrats had an outright winner on primary night. And on the Democratic side, it took days before it became clear who would heading to the runoff.

Former ACLU lawyer Rochelle Garza came out on top, with 43% of the vote. Former Galveston mayor Joe Jaworski and civil rights attorney Lee Merritt both got about 19% of the vote, with Jaworksi leading by only about 1,500 votes. Results were further delayed by issues in Harris County, where 10,000 ballots were missed in the original count. But last week, Merritt announced he was ending his campaign and endorsed Garza.

Garza will now face Jaworksi in the May runoff. She feels her experience sets her apart from her opponent.

“I have a broader appeal,” she said. “I have experience representing individuals in everyday court, and [I’ve made] broad impacts with my constitutional law work.”

Garza previously faced off with Republican incumbent Ken Paxton in court, when she successfully defended a pregnant teen who was seeking an abortion. She’s made reproductive rights and voting access a key focus of her campaign.

“Let’s get back to the bread and butter issues that matter most to Texans,” she said. “Health care, reproductive rights, voting rights, workers’ protection. Those are all things that resonated with the voters of Texas.”

Paxton will face Land Commissioner George P. Bush in the runoff. And while a Democrat hasn’t won any statewide race in Texas in nearly 30 years, Garza says the role of an attorney general is bigger than party.