A 12-year-old Texas girl named Tori is rescued from a sewage drain by members of the Southlake Department of Public Safety in this image from January 2022. (Southlake DPS)

A 12-year-old girl from Texas is OK after having to be rescued from a sewage drain. Upping the stakes is the fact that the exits to the drain were guarded by two snakes.

The drama was explained by the Southlake Department of Public Safety in a series of tweets and Facebook posts that play out like the script for an unmade “Indiana Jones” film.

HARROWING, TEETH CLENCHING, SNAKE GRATE RESCUE THREAD! Isn’t it nice to live in a city so safe that this is the big event of the week? Yesterday Tori and Carly were in the final days of a two-week quarantine at home.

According to the department, sisters identified as Tori and Carly were in the final days of a two-week quarantine in their Southlake, Texas, home. Southlake is located northwest of Dallas.

The girls went outside to play, and Tori, 12, decided to crawl into a nearby drainage pipe.

She made her way through the tight pipe, but when she turned around to go back, she encountered a large, black snake.

Exiting the way she entered was not a possibility, so Tori wiggled past a storm grate and attempted to exit via the other drainage pipe. It was there that she encountered a second large, black snake.

“Sister Carly wanted to try to help & crawl in, but when she saw the second snake, she was like nope,” Southlake DPS tweeted.

Southlake DPS arrived and managed to pry the grate off in about a minute and a half. 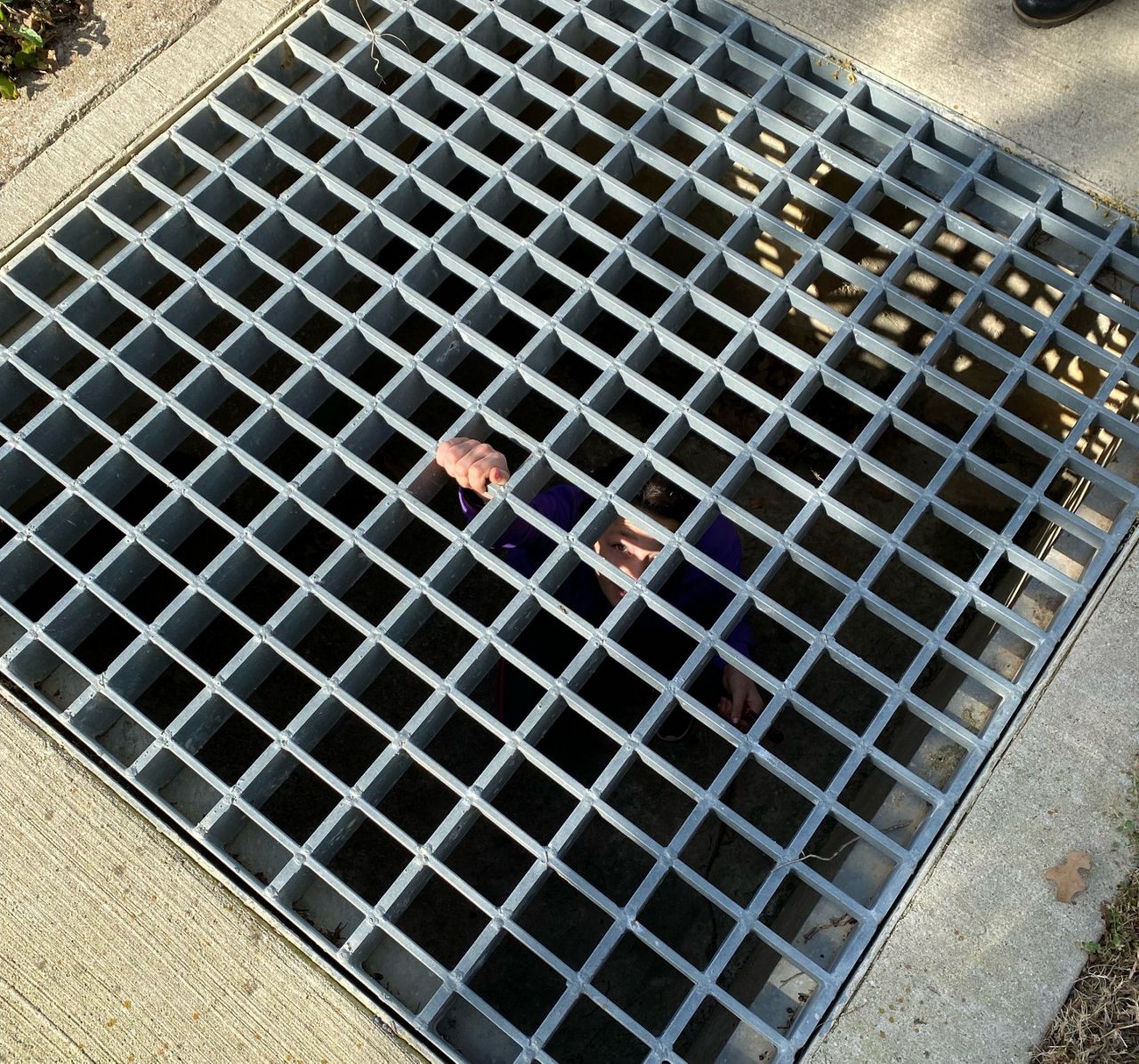 Twelve-year-old Tori appears beneath a sewage grate in Southlake, Texas, in this image from January 2022. (Southlake DPS)

“At one point Carly hissed to Tori to ‘just close your eyes and crawl under it before mom finds out,’ which made Tori burst into tears and come to a conclusion that a confession was the final option,” Southlake DPS tweeted.

Neither Tori nor the snakes were harmed during the ordeal.