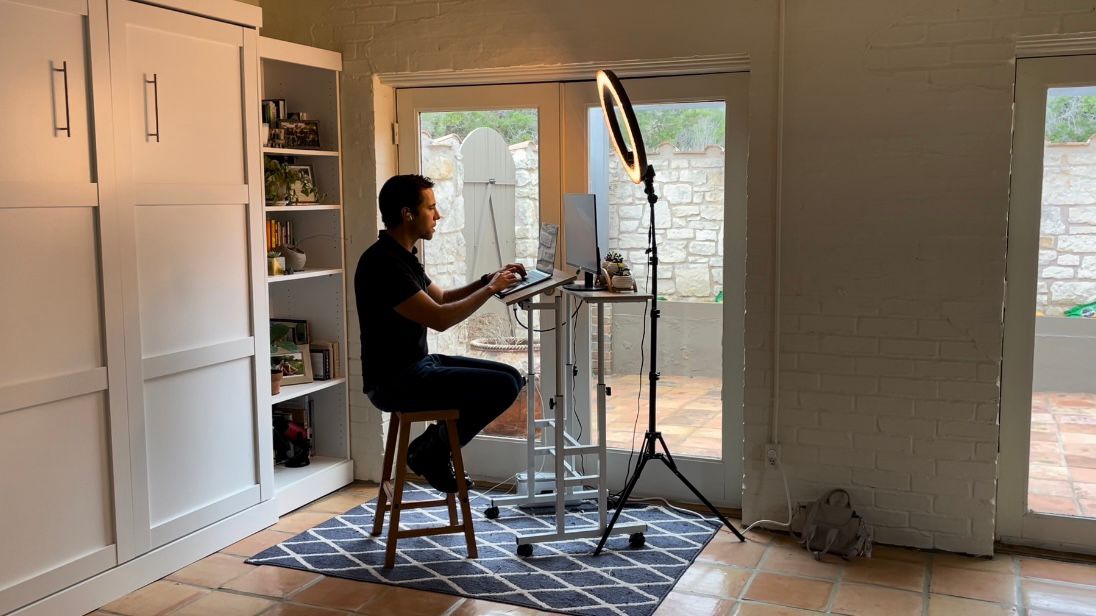 “I just realized that the direction the company was choosing to go in wasn’t one that I was necessarily aligned with,” he said.

With the “Great Resignation” comes the “Great Rehiring.” Once people quit, they usually look for something new.

It took Chandler almost a year to find a full-time gig. Between interviews, he got his real estate license and tried nutrition consulting. He said the process of looking for a job made him feel isolated and lonely.

“You’d be doing rounds and rounds of interviews, talking with one person at a time, back with other people, presentations, and then nothing. So I was very disheartened to be honest,” he said.

Chandler would spend weeks or even months interviewing with one company, and then get passed up for the job.

“When you hear a ‘no’ at the end of a process, you don’t necessarily get any feedback. You don’t even necessarily hear a ‘no.’ You don’t hear anything,” he said. “I would wait for a month before they finally responded and said, ‘Oh, we’ve moved in another direction. We don’t really have any feedback for you. Thank you so much.’”

When the recruiting agency Betts reached out to him, the process was different.

“It was so refreshing that I stopped my regular search, and I decided to get on board with Betts,” he said.

Now, Chandler is the recruiter he wishes he had a year ago.

“It’s like I was born to do this,” he said. “It just feels so good. And bringing that energy to help other people along the process with something that can be so defeating at times is just… I love it. I think it’s great.”

Betts works with candidates and companies. It's focused on filling sales roles at tech companies. Recruiters interview their clients to understand what they want in a new position, and then pair them with a company that aligns with those goals.

Genevieve McLaughlin has worked in recruiting for almost four years now. She considers herself a match-maker.

“We’re noticing a shift where, with the ‘Great Rehiring,’ candidates are asking for higher salaries, more for remote work or hybrid schedules,” she said. “They’re also asking for stock options and equity, especially with entry-level sales roles, which is something we didn’t see previously.”

It’s a candidate-driven market right now. McLaughlin said companies are realizing they have to change to meet those demands.

“Now that companies are focusing more on bringing on top talent, they’re realizing that they need to pivot in order to attract better candidates,” she said.

McLaughlin said candidates are receiving multiple offers from new employers and counteroffers from the company they’re trying to leave.

When hiring, companies are focusing on “intangibles,” which McLaughlin describes as how interested a candidate is in the company, if they’ll stay long term, and if they’re dedicated to the mission. This means companies are less focused on how much experience a candidate has; now, it’s more about their attitude toward the job.

McLaughlin and Chandler are happy to help candidates find what they’re looking for.

“Candidates want to feel seen, valued and heard,” Chandler said. “And if you as a company aren’t able to provide that from the get, it can actually cause problems later on in the hiring process. So a recruiting agency… is that bridge to help people feel valued as they’re going through the pipeline or even released. It makes onboarding a lot easier because candidates really feel like they’re home.”