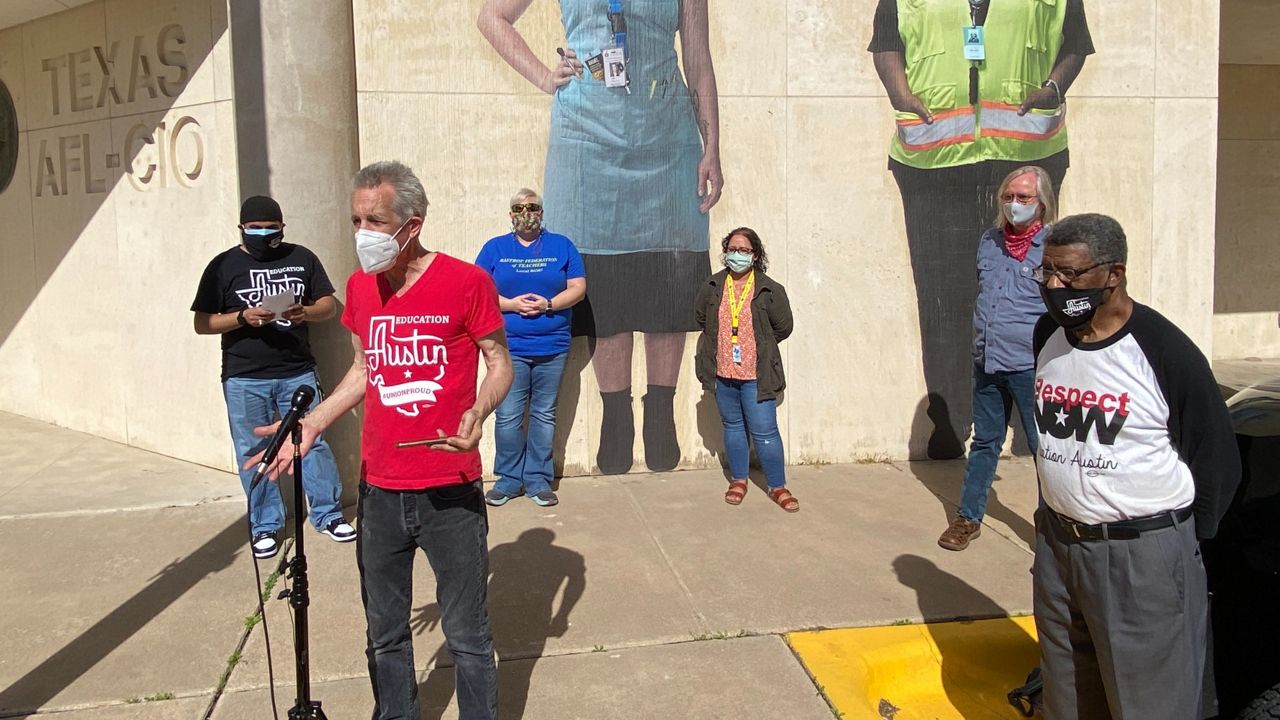 Teachers rally in Austin, Texas, for increased public education funding and the elimination of STAAR testing in this image from March 15, 2021. (Spectrum News 1/Niki Griswold)

Public school funding from the state is largely based on enrollment and attendance, which has dramatically fallen due to the COVID-19 pandemic.

The Texas Education Agency has extended the "hold harmless" provision through the end of the spring semester, so those drops in enrollment numbers won’t impact school funding for this school year. However, teachers say that’s not enough, especially when there’s still so much uncertainty about what the fall semester will look like, and whether enrollment numbers will go back up by then.

Now teachers are renewing their call for increased public education funding, specifically for federal stimulus dollars to go to schools.

One teacher who participated in Monday's event said advocacy work is an important part of the job for him.

"Everything that we do is political. Because the legislators are political, and we need to teach them this is what education is about," said 71-year-old Roscoe McCormick, a math teacher in the Austin Independent School District. ​

In his 27 years of teaching, McCormick has always done his best to make math fun. His middle school students call him "EMC Squared."

“My first name ends in an E. My last name is M-C-C," said McCormick. 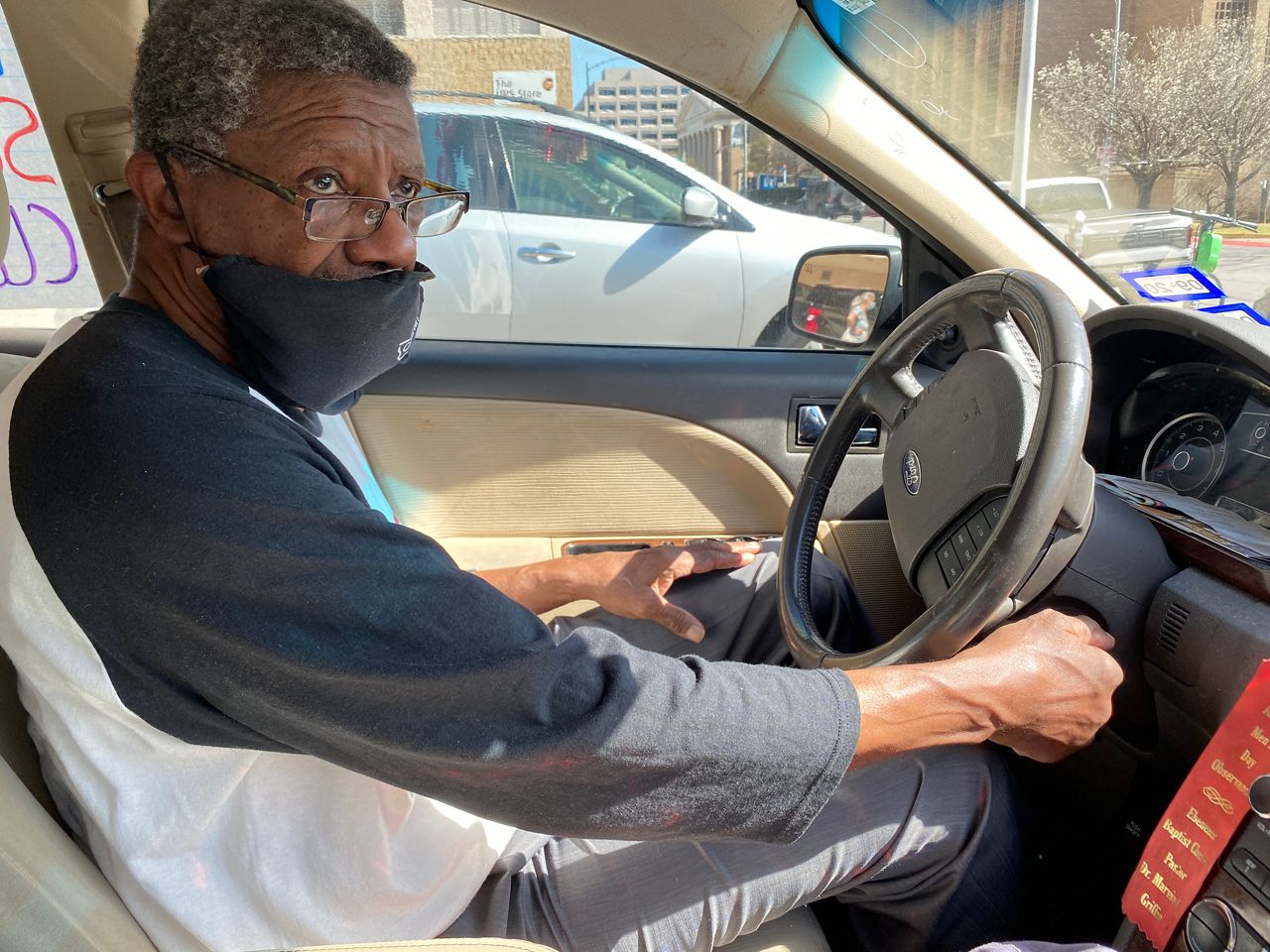 This past year he’s been doing his best to reach his students, despite less than ideal circumstances.

“I want them to do no harm to students by cutting funds," said McCormick.

“Our school shouldn't be graded or taken over based on their STAAR performance. It's demoralizing and punitive, it undermines the work that teachers and students do every day in the classroom unrelated to STAAR," said Selena Castello, a teacher in Manor ISD.

For McCormick, being an activist is nothing new.

“I decided that when I started teaching that I would always join a union. I learned about the union in college. My major was economics and we talked about A. Philip Randolph and the union movement," said McCormick.

Before becoming a teacher, McCormick served 22 years in the military. He grew up in a segregated neighborhood in North Carolina, and when he was a teenager he took the initiative to integrate a local grocery store.

He says he got the courage to stand up for what he believes in from his role models growing up.

“I guess it was my teachers and my family and my church. They inspired us to do things that ... unbelievable things, and they said, 'Well, if you want to do this, go for it,'” said McCormick.

It's a lesson he’s still living by today. ​