Former UT quarterback Colt McCoy appears with students on the University of Texas at Austin campus in this image from February 20, 2021. (Travis Recek/Spectrum News 1)

AUSTIN, Texas — As folks across the state are trying to get through this very difficult week, many high-profile athletes are stepping up to help in their communities. Astros star Alex Bregman has helped distribute water in the city of Houston. NBA player Myles Turner raised money online to help areas in the Metroplex. Seahawks defensive back and Converse native Tre Flowers has done a few different things to assist in San Antonio. In Austin, many former Longhorns have provided assistance, including former quarterback Colt McCoy.

“I’ve lived in Texas my whole life and haven’t experienced anything like this,” said McCoy on Saturday morning.

McCoy, along with some student volunteers, professor Kevin Robbins and the SafeHorns group helped organize an event that provided free breakfast tacos, snacks and drinks to students on the UT campus.

“I love UT, it’s given me so much,” says McCoy, who still lives in Austin and lost water at his house during the week. “I remember as a student anytime there’s free food or anything on campus you try to make it there, especially in these times." 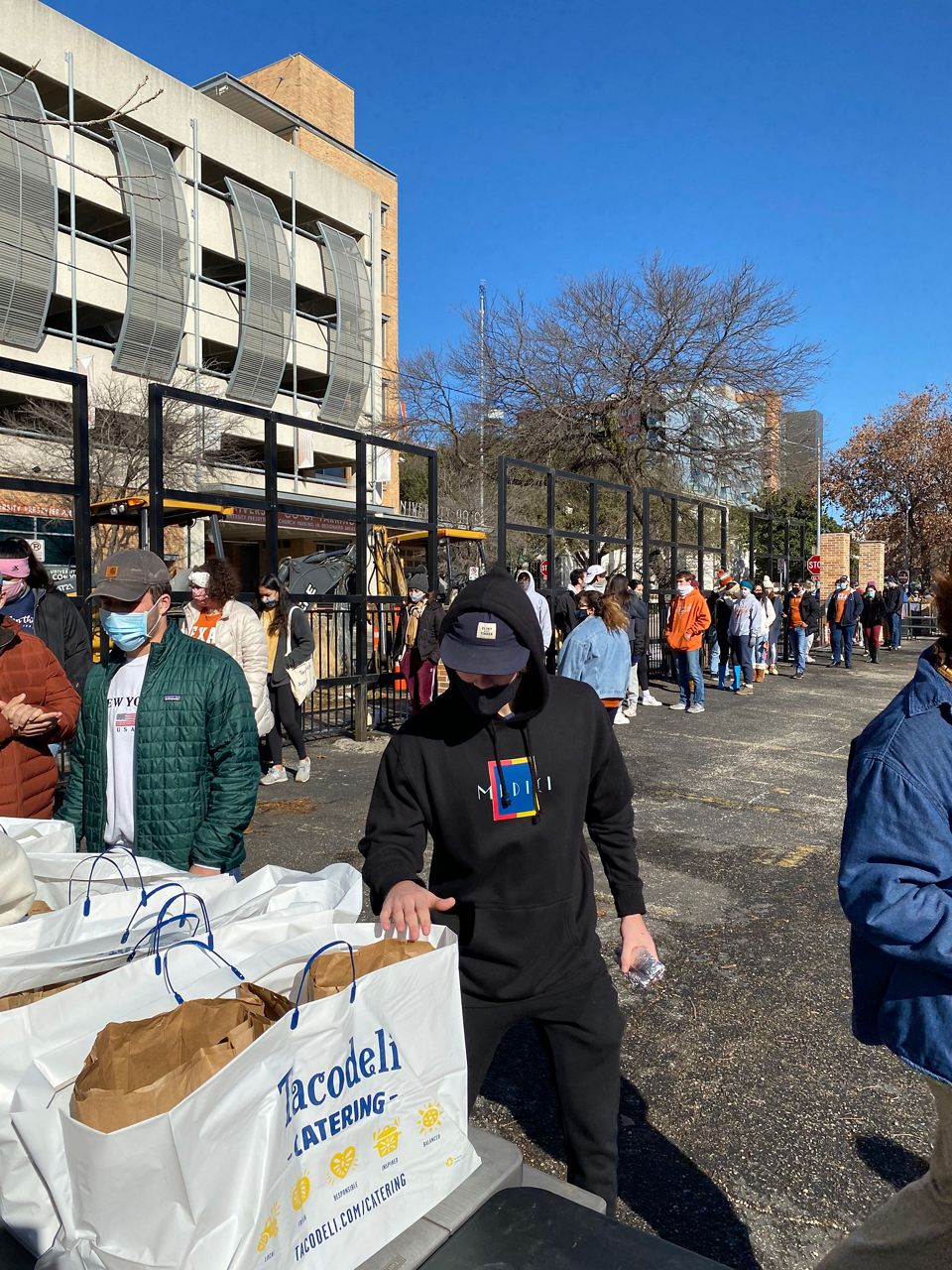 Students are treated to tacos on the campus of University of Texas at Austin in this image from February 20, 2021. (Travis Recek/Spectrum News 1)

Hundreds of students lined up early in the morning to get the free breakfast tacos from Rudy’s and Taco Deli, a welcome bit of help after a tough few days.

“Been pretty miserable, our houses have been below freezing,” said UT student Luke Anderson. “No water, not much food to eat.”

“I wore about three jackets inside, threw on our beanies and just weathered out the storm,” says UT student Bert McHenry. “We’re all good now, very thankful we got these free tacos from Colt.”

Some of the students were just as excited to see the Longhorn legend as they were about getting the food. McCoy signed autographs, took pictures and even threw tacos like a football for any student who wanted to interact with him.

“Colt McCoy is a legend. I’ve grown up watching him when we were younger, so it’s pretty awesome,” said Anderson.

"I'm just thankful that these students are getting some fresh food and water," said McCoy. ​

McCoy had some help from other big names around the program and campus. New football coach Steve Sarkisian came out, along with former receivers and Colt’s teammate Quan Cosby, as well as athletic director Chris Del Conte. A team effort to help out some fellow Longhorns. 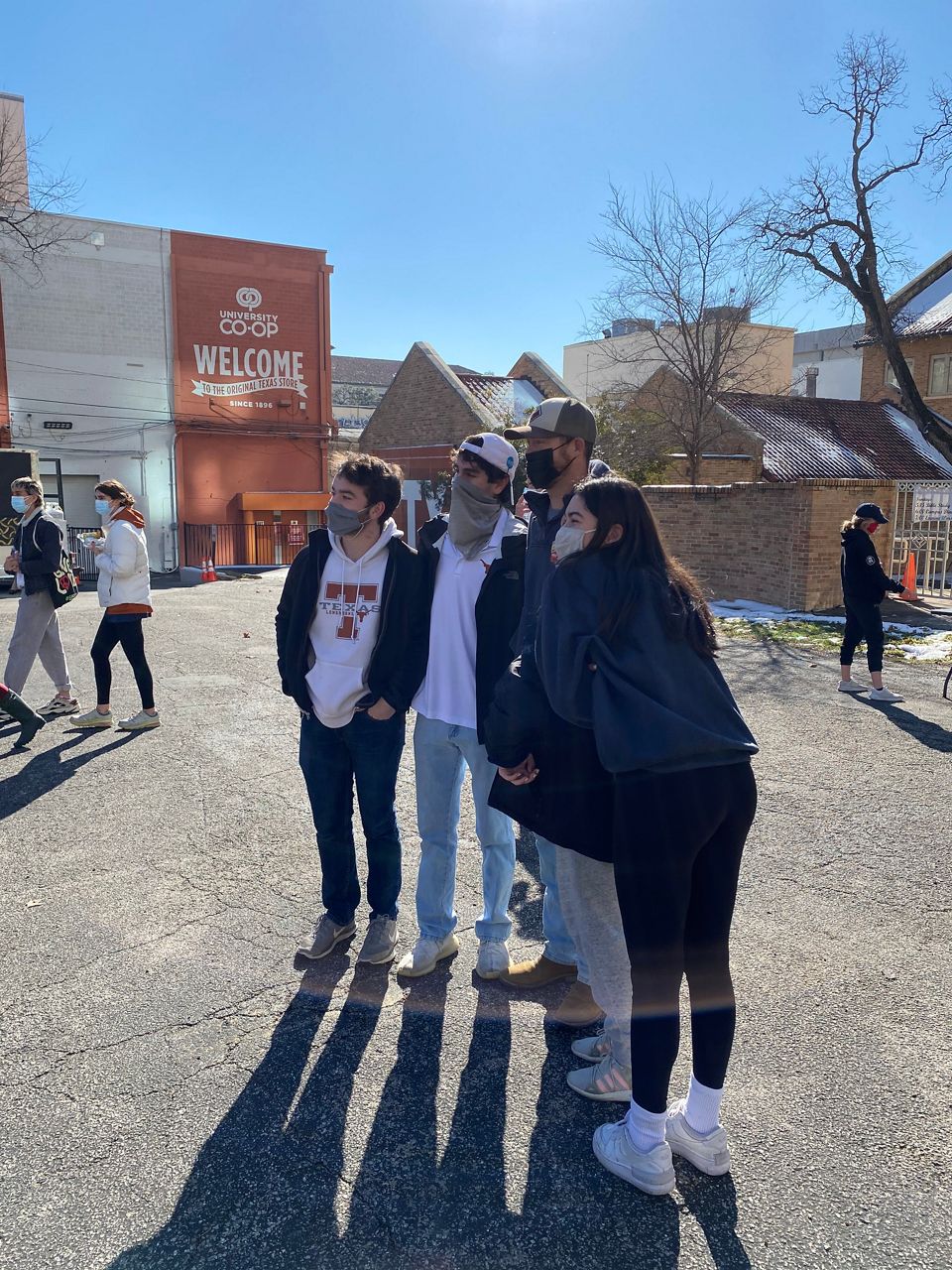 Students pose for a picture on the campus of University of Texas at Austin in this image from February 20, 2021. (Travis Recek/Spectrum News 1)