TEXAS — Two more North Texas real estate professional have been charged in connection to the January 6 insurrection event at the U.S. Capitol.

Court records indicate Jason Lee Hyland and Katherine “Katie” Schwab  were part of a group that traveled from Denton, Texas, to Washington in a private plane to take part in the storming of the Capitol. 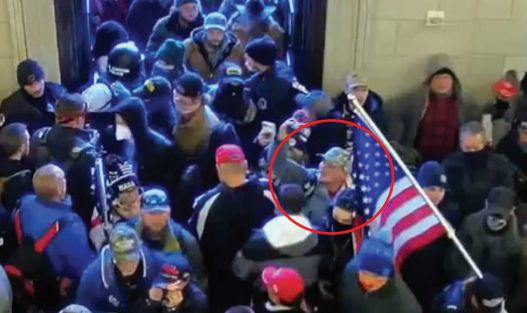 A video still purports to show suspect Jason Lee Hyland, circled, inside the U.S. Capitol during the riot on January 6, 2021. (Source: U.S. District Court for the District of Columbia)

According to investigators, Hyland sent a message to the group on January 5 that reads, in part, “Thank you for joining me to DC to stand up for America. This will be historic – no matter the outcome.”

Jenna Ryan, a real estate professional who was also charged, posted a 21-minute Facebook Live video to her account that shows a group walking to and entering the U.S. Capitol on January 6. That video includes Hyland. Schwab was captured on surveillance video inside the building.

When the FBI interviewed Schwab, she confirmed she was part of a group of “patriots” that traveled to the capital to take part in the protest. She claimed that she was “pushed by the crowds” into the Capitol. She also said that Hyland never entered the building, but video shows otherwise. 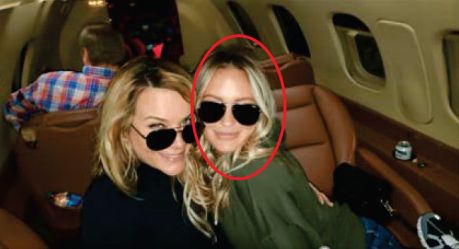 An image purports to show suspect Katherine “Katie” Schwab, circled, on a plane bound for Washington ahead of the January 6, 2021, riot at the U.S. Capitol. (Source: U.S. District Court for the District of Columbia)

Schwab and Hyland are both charged with knowingly entering or remaining in a restricted building or grounds without lawful entry and disorderly conduct on Capitol grounds.

Following the riot and prior to being charged, Ryan sat down for an interview with Spectrum News 1.

Ryan said her only mission was to support President Donald Trump and that since January 6, she has become the target of violence and death threats.