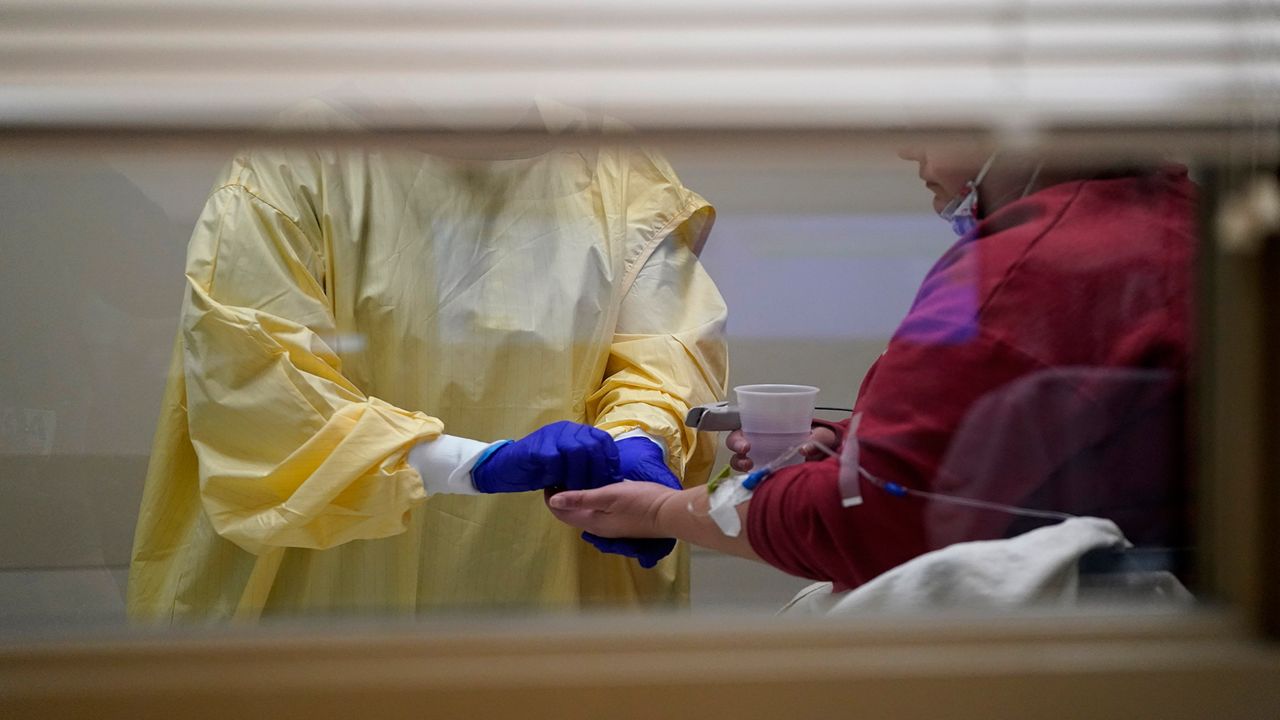 A nurse takes care of a patient. (Associated Press)

AUSTIN, Texas — The pandemic has renewed calls for health care reform in the in Texas. The state is one of just 12 states that has opted to not expand Medicaid, meaning many people who live at or below the poverty line do not qualify. Texas also has the highest number of uninsured people in the country.

It’s something that the Children’s Hospital Association of Texas is hoping will change with the next legislative session. According to a recent study from Texas A& M University, expanding Medicaid would cover an additional 1.4 million people who are currently uninsured. It could also bring $5.4 billion in new federal money to the state.

But still, some lawmakers are against the idea, arguing that the system is broken and adding more people to it is not the solution.

“I think there needs to be a solution that brings all stakeholders to the table,” said Christina Hoppe, director of public policy at the CHAT. “Hopefully there are options that are put forward that the legislature and the governor can get behind to improve coverage for kids.”

You can watch that full interview above.