Anna Day as photographed by Nicola Cotto in September 2020. (Courtesy: We are not Broken)

GEORGETOWN, Texas – A Texas photographer is using her camera to destigmatize scars and help women find comfort and beauty in them.


Nicola Cotto spent more than 20 years working as a strength and conditioning coach. During that time, she says she learned a lot about how women view their own bodies and how societal pressure to look a certain way can take a mental toll.

She learned even more about how that pressure can compound when combined with physical reminders like scars when she watched her mother and sister each go through cancer treatment. Then, when Cotto’s best friend started going through cancer treatment as well, Cotto decided to photograph her scars during an impromptu visit. Those were the first photographs that sparked the idea for Cotto’s eventual nonprofit, We are not Broken.

Since then, Cotto has traveled the world photographing and recording what she likes to call “scar stories.” So far she estimates she’s photographed approximately 200 women as part of the project.

Anna Day is a 17-year-old from Round Rock, Texas, whom Cotto has now photographed twice. Day was originally diagnosed with hyper-mobility syndrome and connective tissue disorder but four surgeries later, Day says doctors aren’t sure what is causing her illnesses.

Before her original photoshoot, Day says she hid her illness and the scars that sit near her collarbone from friends. It wasn’t until the first set of photos were published that she started sharing what she was going through.

“Some of my friends were like, ‘Wow, I didn’t even know,’ 'cause at school I would wear sweaters or something that covered [them] and I tried to find clothing that would cover my scars,” explains Day. “But then after I shared it and after I came here, I was like, you know what? I don’t need to do that.”

Day isn’t alone with those initial feelings of anxiety related to her scars.

Scientists have been studying the psychological impacts of scarring for decades. This paper compiled by researches from the University of Maryland and University of Cambridge says, “Patients describe scars as living with the trauma and sufferers can feel devalued by society… Those with scars undergo a remodeling of their emotional state and are more prone to the development of depression and anxiety; feelings of shame and aggression can follow.”

“I’ve had women literally tell me that We are not Broken has saved their life,” says Cotto. “Literally saved their life because they were on a downward spiral of self-hate, guilt, isolation. Some are harming themselves, some are at that point where they really want to end it. And I’ve had those conversations with people who are photographed. That when I’ve gone to photograph them, they’ve shown me that they have the suicide hotline on the line.”

Cotto’s goal is to help those women reexamine their scars as medals of strength instead of reminders of trauma.

Every Scar and Story is Memorable

Since she started her nonprofit, Cotto says she’s photographed, “every physical scar you can imagine,” including scars caused by domestic abuse, cancer, collisions, airplane crashes, surgeries, and combat.

When asked if there was a story that stood out the most, Cotto said every scar and every story is unique and memorable, but that a special shoot with a woman named Erica Gabbard comes to mind first.

“She asked me to come to Kentucky to capture her story for her daughters so they would always have that,” explains Cotto. Gabbard died from breast cancer a week after the photoshoot.

Other stories that stand out include a 7-year-old girl named Hayley whom Cotto says suffered from brain cancer. She was then bullied about losing her hair by her peers.

“Somewhere we have to change that,” says Cotto.

Day, who was actually one of the first people Cotto photographed for the project, says that the photographs have helped her in her recovery.

“I wasn’t even really upset about the surgery; it was about the aftermath of having the scars,” says Day. “But after the photos came back, I was like, ‘Wow, there’s nothing to be worried about.’”

“It was a pretty big pivotal moment for Anna,” says her mother, Heather Day. “She went from being very self-conscious about how her body had changed… after she saw the pictures that [Cotto] took, she was like, ‘Oh my gosh, these can be a part of me and I can still be beautiful with these scars. I don’t have to hide them anymore.’” 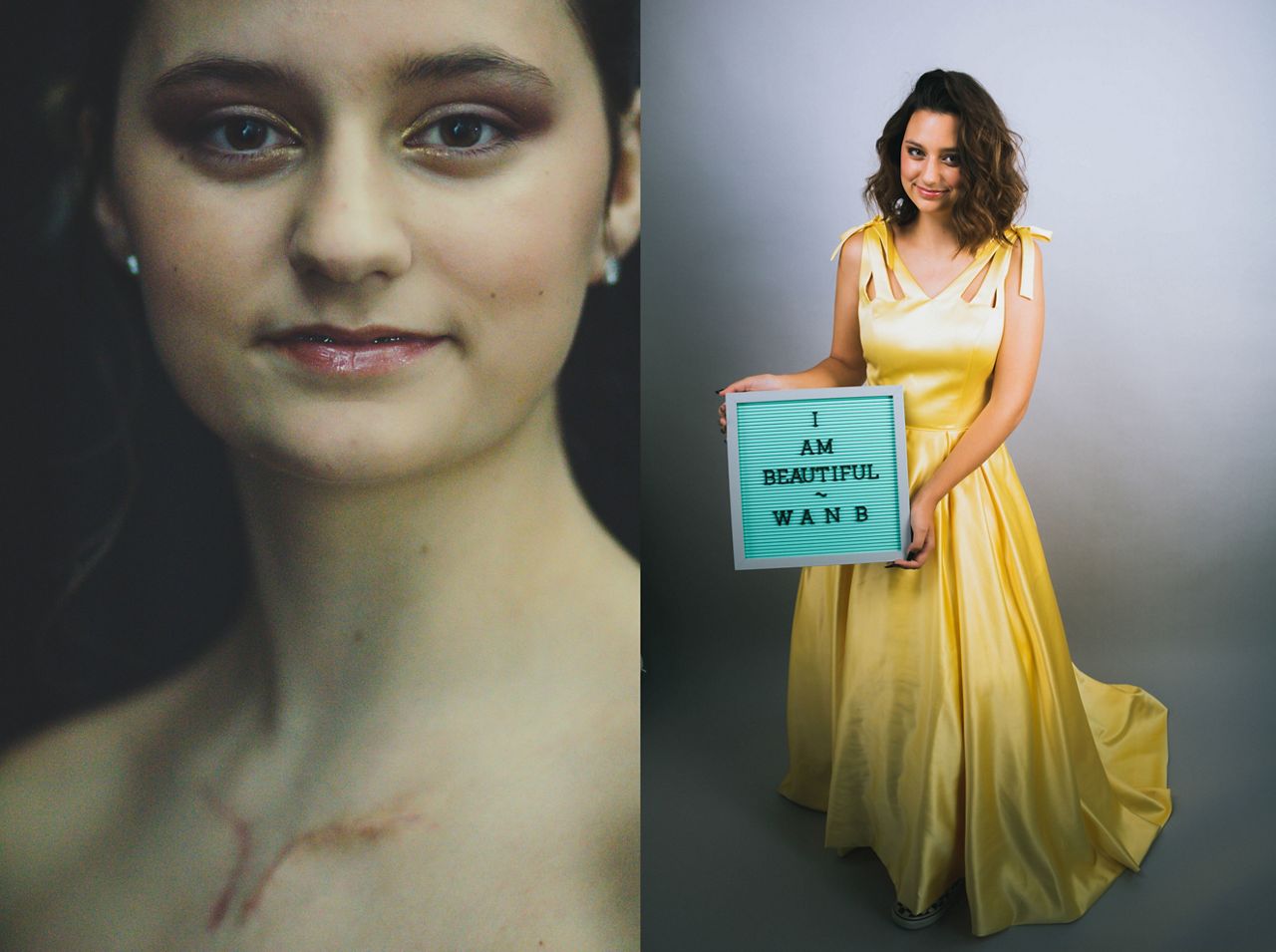 Watching her daughter’s journey has also inspired Heather Day to share her own story. Between her daughter’s first and second photoshoots, the mother of two was diagnosed and recovered from stage 3 breast cancer. She knew she wanted to do a photoshoot with Cotto, but was struggling to schedule it.

“I’m very nervous about it—I don’t know why; I don’t have a reason to be. 'Cause I know it’s going to be wonderful and a great experience. I just—I’m waiting for my body to feel ready cause there’s still a lot of changes going on within me,” she explains.

After watching her daughter get photographed a second time, Heather Day decided to get into Cotto’s scheduled and will be photographed in October.

Much of Cotto’s time revolves around the nonprofit but she says there are even more women out there that would benefit from sharing their story.

She is currently looking for more photographers globally to volunteer for We are not Broken by donating at least one photoshoot a month.

Participating photographers would only need to provide their expertise, studio space, and hair/makeup for subjects free of charge.

Cotto has also been reaching out to medical professionals and reconstructive surgeons about displaying fliers for the nonprofit in their offices.

“Look, this is here. This is for you. This is a nonprofit, you don’t have to pay nothing, we just want to serve you. That’s all we want to do,” she said.

If you know someone who would benefit from sharing her story or a photographer looking to participate, you can reach out to Cotto by going to wearenotbroken.org.

If you are suffering or are considering taking your life, there is help available. The National Suicide Prevention Lifeline provides 24/7, free and confidential support for people in distress, and prevention and crisis resources for you or your loved ones. That number is 1-800-273-8255.