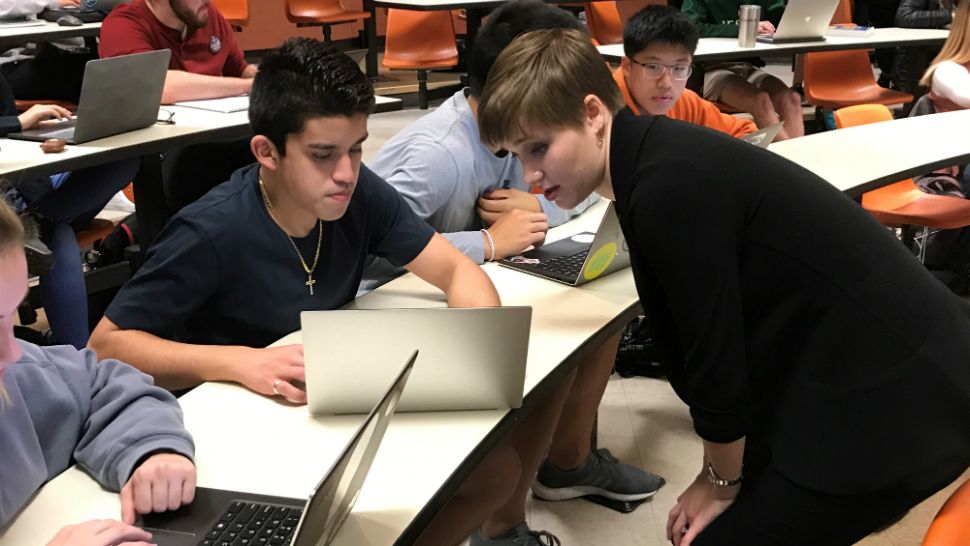 Tricia Moravec works with a student at the University of Texas at Austin in this image from March 2020. (Matthew Mershon/Spectrum News)

AUSTIN, Texas -- Being able to discern what’s considered to be "fake news" is all the more important with an election on the line and details emerging about the novel coronavirus daily. Unfortunately, a recent study suggests that ability is lacking for many Americans.

Tricia Moravec, an assistant professor in the Information, Risk and Operations Management department at the University of Texas at Austin’s McCombs School of Business, was just starting work on her Ph.D back in 2016, the year "fake news" became part of the American vernacular.

On the hunt for a research topic for her dissertation at Indiana University - Bloomington, Moravec happened to be reading an article about the growing issue of fake news and disinformation in Time magazine. That article and news stories to follow all left Moravec wondering about the underlying problem.

LINK: Fake News on Social Media: People Believe What They Want to Believe When it Makes No Sense At All

“A lot of these articles weren’t able to pin down what the real issues were of disinformation and how social media was actually creating a far larger issue than what has previously been seen,” said Moravec.

Moravec would recruit 83 undergraduate students to try and figure out that conundrum. Her research centered on three main questions.

“Can people detect disinformation or fake news? Did the flag that Facebook had debuted work? And what’s going on cognitively while they’re presented with this information?” Moravec said.

Students were given 50 headlines to read stemming from articles posted on Facebook - and only headlines - since prior research had shown that most Americans aren’t reading past the story lede, said Moravec. Each student was given a brief survey before being hooked up to an EEG machine to monitor brain function when determining whether they believed a headline was true or false. Out of those 83 students, the highest score achieved was a 70 percent. 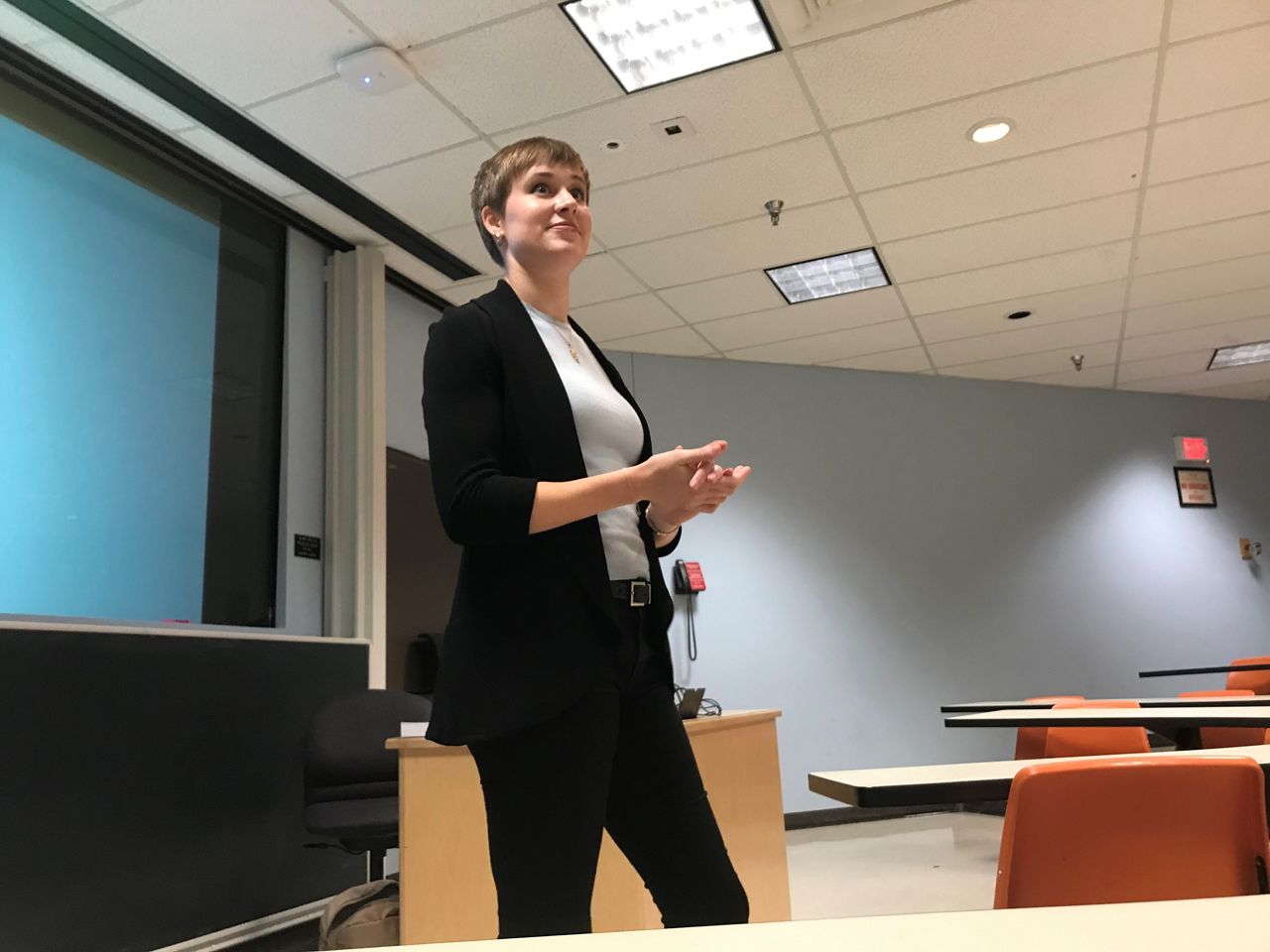 Tricia Moravec, an assistant professor at University of Texas at Austin, appears in this photo from March 2020. (Matthew Mershon/Spectrum News)

The result was pretty similar when we took five volunteers from one of Moravec’s classes at UT and gave them 10 headlines from Moravec’s original study. Students had a slightly better success rate since the headlines were more than two years old, but it was obvious it’s hard for anybody to really tell what’s fake and what isn’t.

Conducting the initial study in 2017, the cognitive activity displayed by Moravec’s test subjects showed those students were more likely to believe a headline to be true if it aligned with their self-reported political beliefs.

“This is where the study title comes from - ‘Where People Believe What They Want to Believe When it Makes No Sense at All’,” said Moravec. "People really think more when it hits their confirmation bias in a positive way, and they already are inclined to believe it, and they think less when it goes against their beliefs.”

What was possibly more concerning about Moravec’s confirmation-bias findings was that when Facebook had flagged an article as "disputed by third-party fact-checkers," participants still chose to believe the headline if it lined up with their personal biases. But Moravec said there is perhaps a silver lining buried in that discovery.

“We can see from the time spent in the cognitive activity that they were thinking a lot harder about these headlines that were flagged, but were aligned with their confirmation bias,” said Moravec. “Which to me gives some hope where you can say, maybe it’s the flag itself that wasn’t effective - not that all flags wouldn’t be effective.”

Moravec suggests people don’t get their news solely from social media, and if they do they should do a quick search to determine if other media outlets are reporting the same thing.

Getting your news from more unbiased sources like the Associated Press or BBC is another recommendation of Moravec’s. She also suggests people need to finally begin reading beyond the headline.