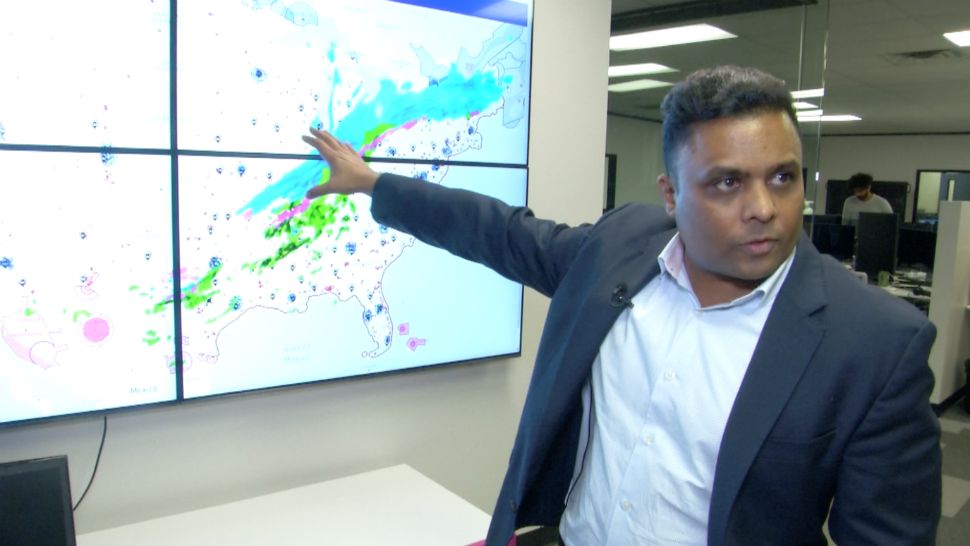 "The vision of SkyGrid is to autonomously provision a drone from taking off, flying, and automatically managing the route as well as rerouting if there are any conflicts in that route," Doradla said.

Doradla says it works like air traffic control, but for drones. Data inputs from weather, no-fly zones, airports and stadiums are all put into SkyGrid's system to make the possibility of drone delivery very real and very efficient.

Technology like its Darwin program are helping the oil industry pinpoint equipment maintenance problems before they arise to avoid any shutdowns to production.

"Their ability to forewarn a customer that their pump is going down, historically has been four to five hours," said Doradla. "We took the same data that would be generated by the pumps and increased the forewarning to four to five days."

The applications of AI are limitless, often leading to concerns about how much the technology will play a role in our lives. That was part of the conversation at SparkCognition's Time Machine event this year, bringing hundreds of AI-centered minds to Austin, minds including those of Former Deputy Secretary of Defense Robert Work.

"There's ethical issues, there's legal issues, there's moral issues - and this debate is just starting," Work said. "I expect it to rage on for some period of time before we decide what do we as humans want to delegate to machines."

United States defense forces have been utilizing AI technology for years now, specifically when it comes to training men and women on the front lines.

Work said the Department of Defense is investing in machine-learning technology to help predict problems with large and expensive military equipment. Big money is also being put toward artificial intelligence that would expand the amount of video that can be analyzed from unmanned flight operations.

Currently the gathered video must be analyzed by groups of intelligence officers, gathering typically just 15 percent of what could be analyzed. The hope is to be able to analyze all of it.

"Use of force will always be governed by a human, not a machine - that's DOD policy," said Work. "So there's no intent, nor is there any inclination to delegate to a machine, life or death decisions. They will execute tasks given to them by human commanders and operators."