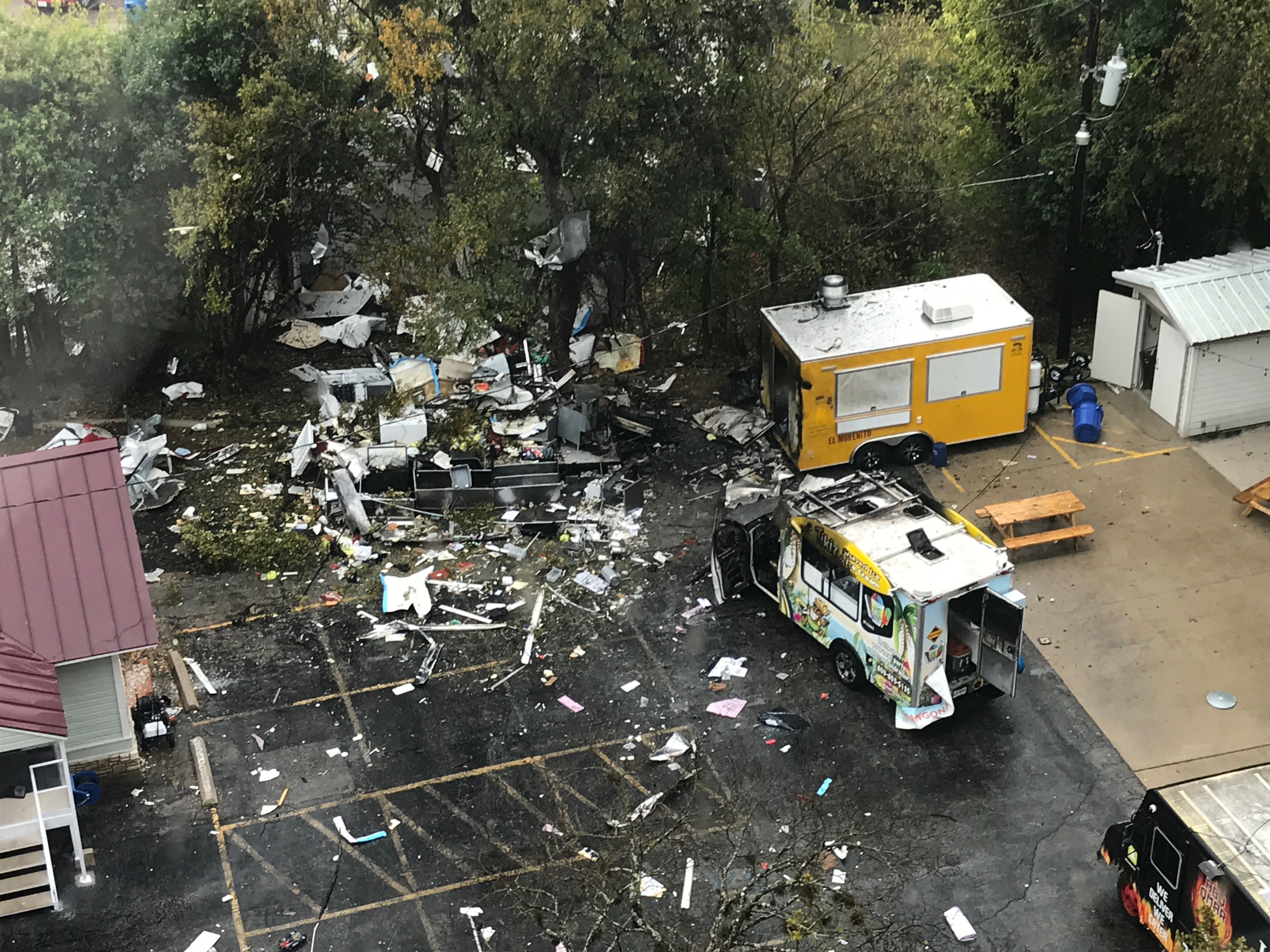 1 of 3
View of the damage seen from a nearby apartment.
(@b1ttybee) 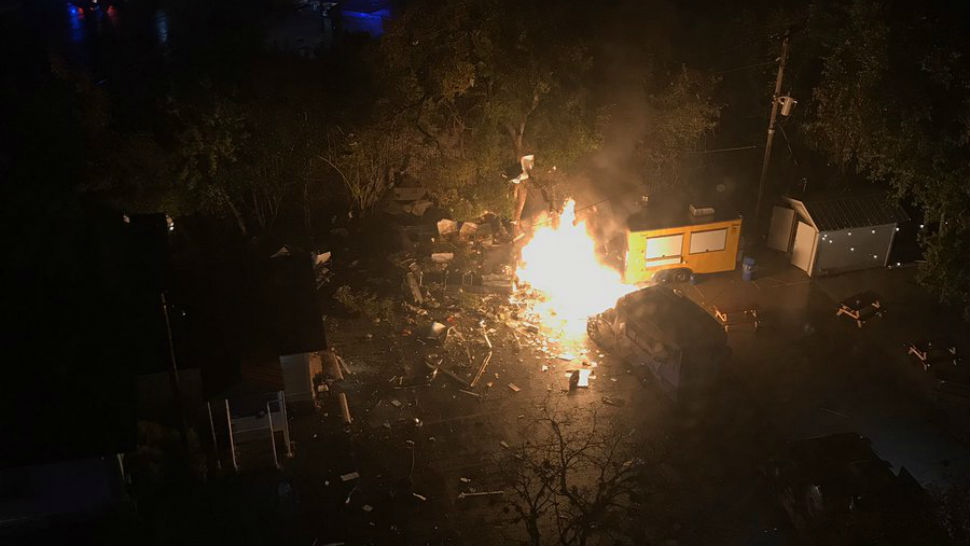 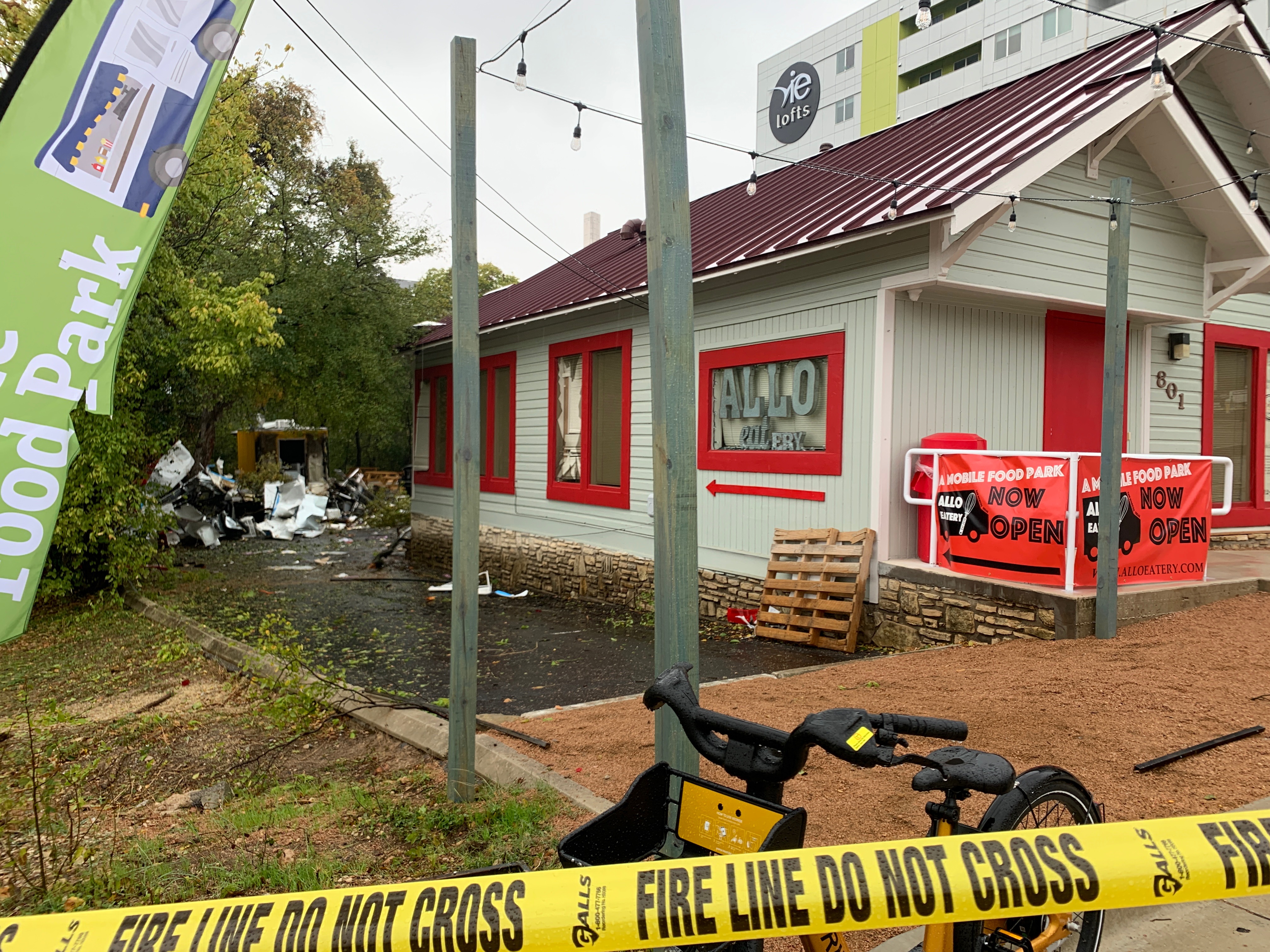 3 of 3
The CoKitchen seen from the road after the explosion.
Spectrum News

The CoKitchen park opened just last month. The facility features space for food trucks and patrons, as well as an in-door kitchen where food truck owners can prep food and cook in a more open space.

Spectrum News profiled the park in October and spoke with the owner of the El Morenito taco truck, Humberto Ortiz. El Morenito was one of the four food trucks destroyed in the explosions.

Ortiz says he expects to be out of business for at least three months but is thankful the food truck was insured.

This video from @b1ttybee shows one of the explosions this morning at the Cokitchen food truck park in San Marcos. The park owners tell us no one was injured. MORE: pic.twitter.com/XXdQsKgdFh

Investigators say the first explosion happened when a propane gas leak within Rondooley’s Inc. food trailer came in contact with an unspecified ignition source. The second explosion was triggered by a separate propane bottle near the fire that became overheated. Officials do not suspect any criminal act.

All of the trucks had been inspected and had proper permitting prior to the park opening last month.

Photos from the scene of this morning's propane tank explosion. pic.twitter.com/77vDn1vu74

Glass and debris were thrown across the park and in addition to the four food trucks, seven structures were damaged.

The San Marcos Fire Marshal said Thursday it could have been fatal if anyone had been in the park.

Police had the area blocked off early Thursday morning and were asking residents in nearby apartment complexes to stay indoors and away from windows.

Several food trucks in San Marcos are damaged after two explosions early Thursday morning. Luckily, no one was hurt and the cause is under investigation. The new food truck park was set to have its grand opening this month. Here's what we know: https://t.co/TYdMdL0gYz pic.twitter.com/Mg6NffVieH