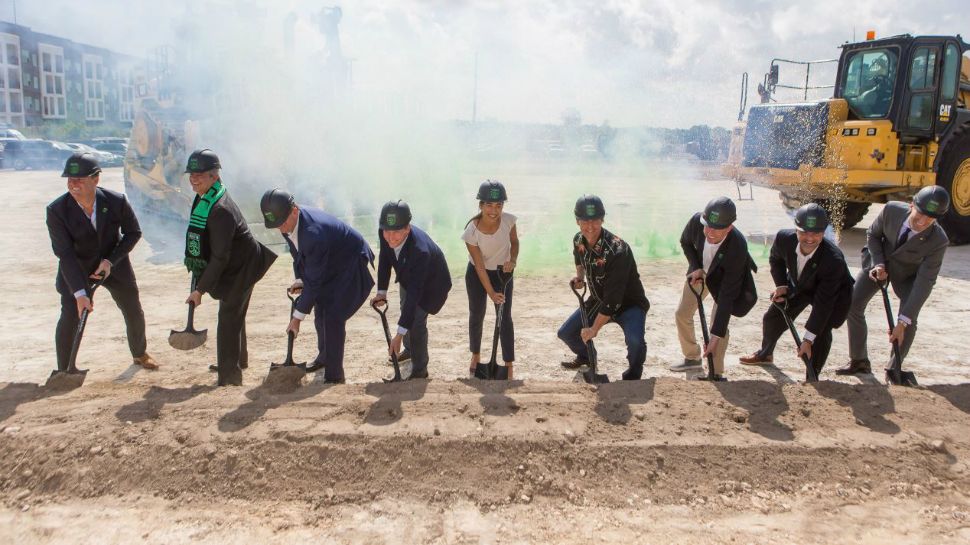 AUSTIN, Texas -- It's the day Austin soccer fans have been waiting for as Austin FC broke ground on its new stadium.

A ceremony was held to celebrate the construction of the 100 percent privately-funded stadium which will be located at 10414 McKalla Place.

The 20,500-seat stadium, which is expected to open in spring of 2021, will be owned by the City of Austin and operated by Austin FC, the first major league team in Austin and the 27th club to join Major League Soccer.

The open-air stadium will feature canopy coverage over all of the seats, concourses, and plaza entries as well as open corners.

“Major League Soccer will bring together all parts of our city in a way that just doesn’t happen now. Breaking ground on this stadium means we’re closer to new possibilities, including bringing home an MLS Cup championship,” said Mayor Steve Adler.

The stadium will have no impact on taxation, with the City of Austin receiving $8 million in rent from Austin FC during the first term of the lease.