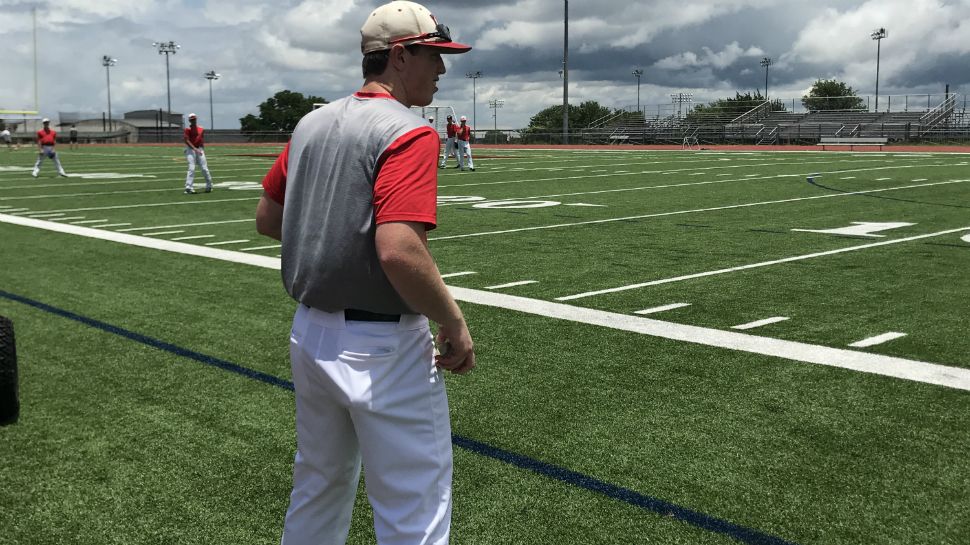 AUSTIN, Texas -- From high school graduation to being on the verge of signing a multi-million dollar contract, a Lake Travis High School senior is having a memorable few weeks.

On Sunday he flew with his family to New York to be there in person for the Major League Baseball draft. On Monday night he heard his name called when the New York Mets picked him 12th overall.

“It’s been a whirlwind of excitement. All of my hard work is starting to pay off.” -- Lake Travis baseball player Brett Baty.

The week doesn’t end there for the recent Lake Travis graduate. On Tuesday morning he caught the first flight out of New York and was back at practice with his high school team. Lake Travis will play Southlake Carroll in the 6A state semifinals on Friday night.

“I don’t know if this is the most talented bunch we’ve had. But we all play for each other, that’s the reason we’ve had so much success this year,” said Baty.

Baty is a big part of that success. As the lead-off hitter, he has 19 home runs this year. He’s also been one of their top pitchers and is expected to start on the mound Friday. Although he signed a scholarship offer to play college baseball at Texas, Baty expects to sign with the Mets in the coming weeks.

First he’s focused on finishing his high school career with a title and capping off an incredible week.

“The past few days have been an amazing ride. Hopefully it works out and we win a state championship,” said Baty.