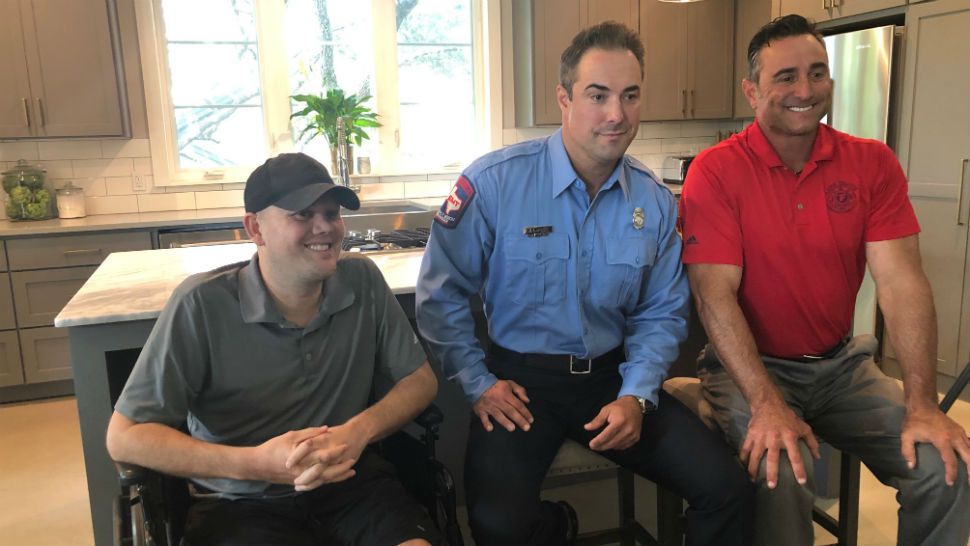 LAKEWAY, Texas — The survivor of a deadly plane crash is speaking out for the first time in nearly three months since the incident in Lakeway, and thanking the two men who helped him.

On March 14, Scott Nelson and Kevin Henderson crashed on their third attempt to land on the Lakeway Airpark.

At that time, Justin LaPree of the Austin Fire Department and Lieutenant Chris Wood of Lake Travis Fire Rescue just happened to both be driving around separately in the neighborhood, when they saw the downed plane on Lakeway Boulevard.

The off-duty firefighters quickly got out of their cars and knew​ they did not have much time to extricate the two men out of the wreckage.

“You can tell by the severity of the scene, that seconds, we're going to make a difference,” LaPree said.

“The fuel was getting pretty bad inside, and these guys just needed to be pulled out and their airways managed,” Wood said.

Henderson died from his injuries, but Nelson survived.

“I used to be a man that thought that coincidences happen. I have changed that thought process and believe that Chris and I were totally here on the same road at that time for a specific reason,” LaPree said.

“This one kind of made an impact that’s probably going to stay with me for the rest of my life,” Wood said.

The left side of Nelson’s body was shattered, but he’s still recovering and going through physical therapy. He is thanking his rescuers, calling them family.

“I feel like a lot of people would take credit in the situation where these two obviously just say they're doing their job, and it's more than just doing your job. It's a testament to the type of people they are,” Nelson said.

Nelson said the only thing he remembers from that day is seeing the faces of the off-duty firefighters.

“I just opened my eyes, I saw these two guys. I don't know, there's a reason I remember them, and like they said, we're here together for a reason. We'll be brothers forever,” he said.

The three men said they are now closer to their family and to their faith. They wear the same cross necklace that Nelson’s wife gave them and call it a symbol of being “brothers in arms.”

“It was a bad situation and you guys, you don't care,” Nelson said. “You're there for one purpose, and that's to be I guess, my angel.”

A GoFundMe account* has been opened to help support the families of both Nelson and Henderson.

*This Gofundme.com site is not managed by Spectrum News. For more information on how the site works and the rules, visit gofundme.com/safety