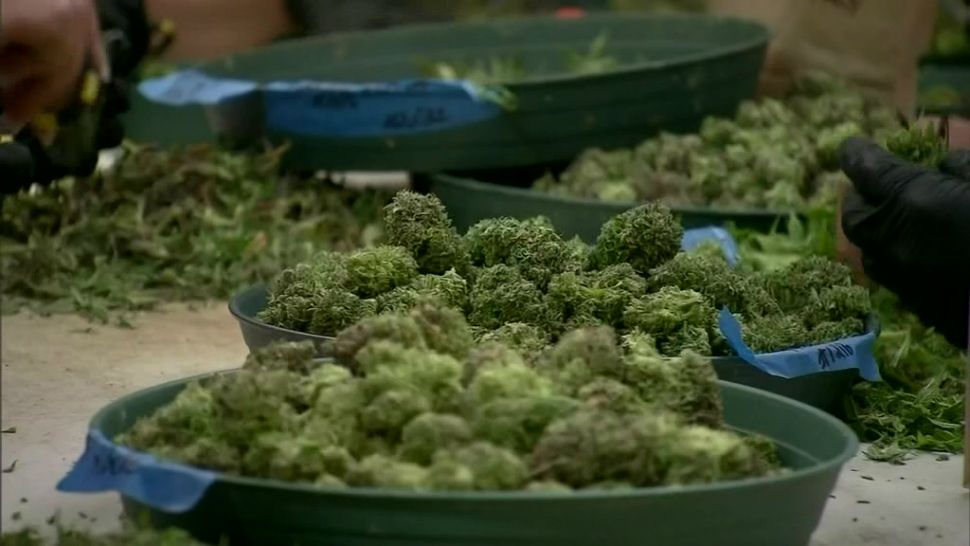 AUSTIN, Texas -- The organization Texans for Responsible Marijuana Policy visited senators on Wednesday to push support for HB 63 one day after Lieutenant Governor Dan Patrick declared the bill dead in the Senate.

The bill by Rep. Joe Moody would make possession of less than 1 ounce of marijuana a Class C misdemeanor. That bill passed through the House on Monday.

Lt. Gov. Patrick said in a tweet Tuesday that the bill would be dead in the Senate saying "I join with those House Republicans who oppose this step toward legalization of marijuana."

Criminal Justice Chair @Whitmire_John is right that #HB 63 is dead in the @Texas Senate. I join with those House Republicans who oppose this step toward legalization of marijuana.

Texans for Responsible Marijuana Policy passed out flyers to Texas' 31 senators, urging them to pressure Lt. Gov. Patrick into holding a hearing on the bill. Executive Director Heather Fazio said she doesn't agree that the bill lacks the support it needs to pass the senate.

"He doesn't think that there's an appetite in the senate," Fazio said. "The work that we're going to be doing is to stimulate that. It's to make sure that he knows that there's enough support in the senate to justify a hearing."

Fazio and her group has enlisted the help of bipartisan groups to make their push. Texas Young Republican Policy Director Jason Vaughn said marijuana policy is a big issue for the voters his group represents. He believes that not moving forward on HB 63 now could lead to the legalization that Lt. Gov. Patrick is trying to avoid.

"This would take that pressure off to say 'Look, we're no longer putting people in prison,'" Vaugn said. "The over-policing is what's going to ultimately lead to legalization if they're not careful."

Even though Gov. Greg Abbott had a hand in crafting HB 63, he has never actually endorsed it. We reached out to the Gov. Abbott's office for comment, but they did not immediately respond.