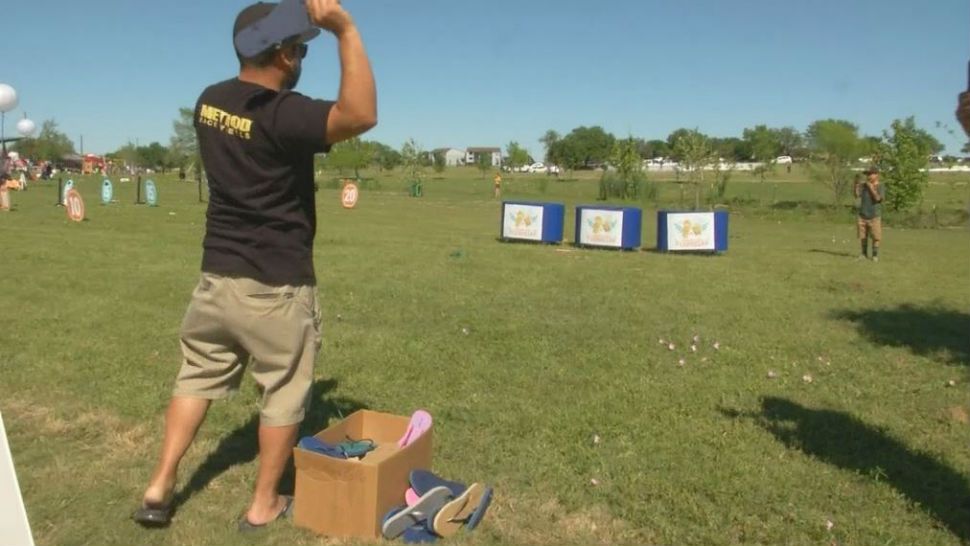 Locals threw chanclas for charity at an event that took place at The Greenline Park. (Spectrum News)

SAN ANTONIO – A new Fiesta event this year is highlighting the humor behind the familiar disciplinary house sandal known as the "chancla."

"Whether it was your mom or grandma you wanted nothing to do with it when they brought out that chancla, so now we are testing out everyone's skills," said Connie Gonzalez, an organizer.

The event at Greenline Park in Brooks City Base allowed visitors to put their chancla throwing skills to the test with multiple activities.

"My mom was so good about it, she didn't care what was around but the chancla - cause she wore chanclas - that bad boy would come off and we would be running," said participant Melissa Garza.

Proceeds from the inaugural event went towards Brooks Gives Back, which benefits the growing Brooks campus and its surrounding neighborhoods.

Locals threw chanclas for charity at a Fiesta event that took place at The Greenline Park. (Spectrum News)