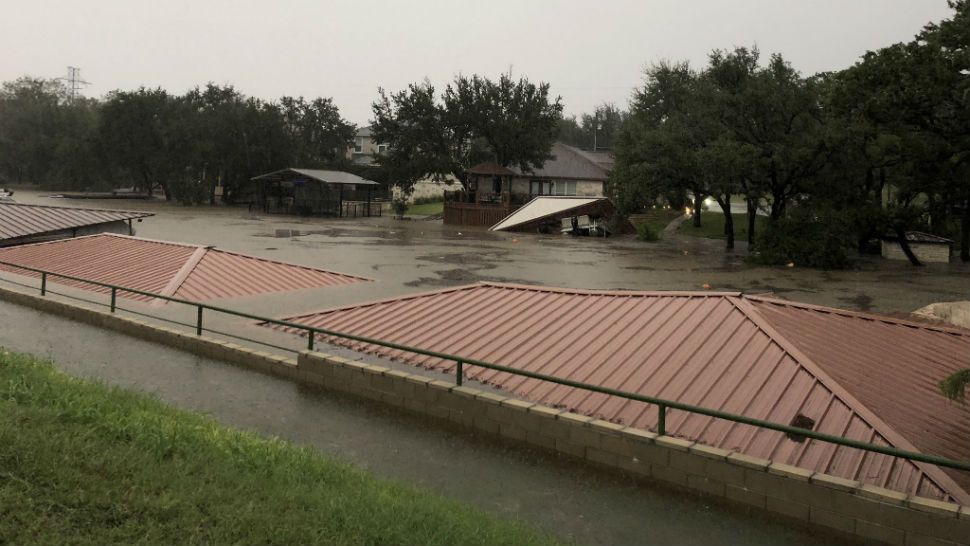 The river hit a historic flood stage cresting at 40-feet and almost rising over the bridge in Llano. The previous record of 41.5 feet was in 1935.

The National Weather Service said anyone living in low-lying or vulnerable areas along the river need to move to higher ground immediately. According to the NWS, the major flooding is ongoing.

According to the Lower Colorado River Authority, the river near Mason, Llano, and Sandy Creek near Kingsland has reached the flood stage.

The LCRA said in a tweet this is a dangerous situation: "We encourage everyone to monitor flooding conditions in their area and be ready to take action, if necessary."

The Kingsland Community Center is open for evacuees in Kingsland due to the Llano River flooding. Emergency shelter is also available at the Marble Falls Middle School

6:30 am - the Llano River at Llano is now over 39 feet and still rising toward a crest around 41 feet. Major flooding is ongoing. Seek higher ground! pic.twitter.com/G9RlLR2lgJ