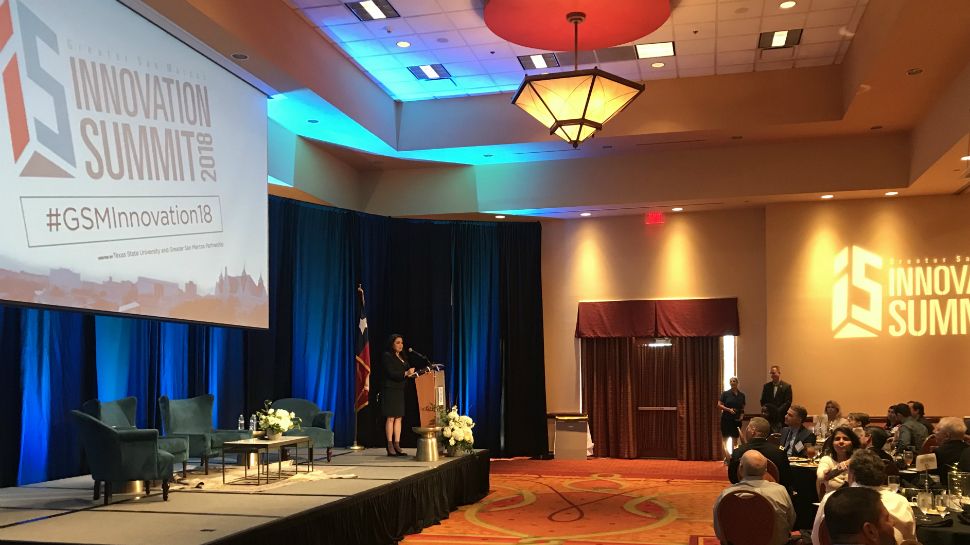 According to the Partnership, the city has a robust economy that leads to more and more innovation between San Antonio and Austin.

Dubbed the "Innovation Corridor," the area between San Antonio and Austin is a significant draw for employers and companies wanting to move there to find a strong workforce. Leaders from Texas State, UT Austin, and UTSA all joined for a panel at the summit.

Partnership president Adriana Cruz said the schools all play a vital role in innovation and research.

"We really believe that higher education is what is going to help us to grow this regional economy in a way that is strong, that's sustainable, that's really looking to the future of our region," Cruz said.

The universities are at the forefront of their city's economies and panelists said working together can further the corridor's innovation.

"We shouldn't assume that the best stuff is going to come from any one of our institutions. So we should open it up and make a level playing field. The missed opportunity is when we don't deliberately step out of the world we're in," said Dr. Mini Kahlon with UT Dell Medical School.

At the end of the summit, an award was given out to an area company the Partnership felt was currently serving the area with an innovative design. San Marcos-based construction company Bautex received the 2018 Dick Burdick Award.

According to its website, the company created an innovative Bautex Wall System that "simplifies construction by combining structure, enclosure, continuous insulation, and air and moisture protection in a single integrated assembly."

"It's not an accident that we ended up in San Marcos. You can't have this much construction and this much growth without the innovators coming in here, and I think if you look at the state, they're going to look at it the same way we did and realize that right here in San Marcos is the best place you can be,” said Bautex president Paul Brown.

As one of the nation's fastest growing cities, the Partnership is confident more companies will see the San Marcos area as the perfect place to relocate and expand.