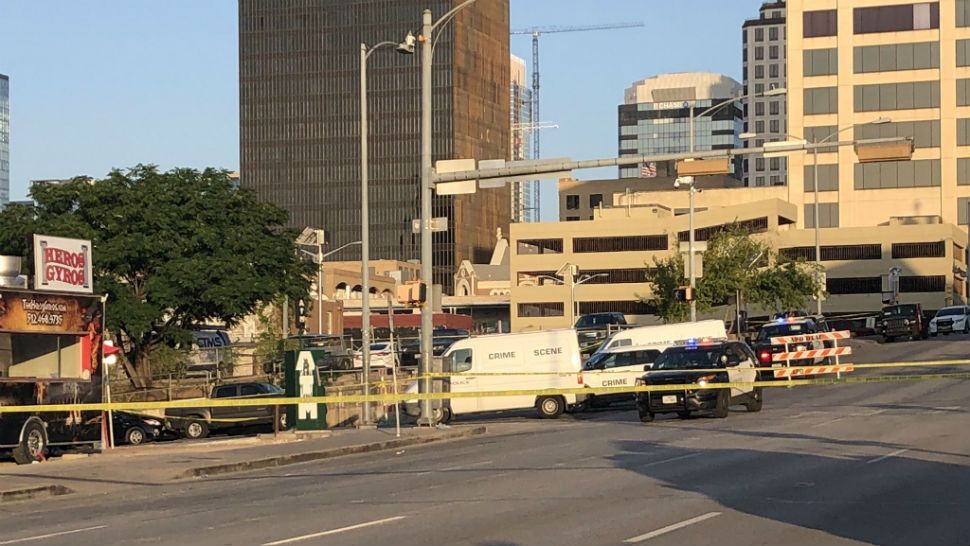 AUSTIN, Texas – [UPDATE: 8/24] The Austin Police Department has released the names of the officers involved in a shooting that took place Aug. 17. The time each of them spent with APD ranges from one to six years on the force.

The man who died during the shotting has been identified as 21-year-old Aquantis Jaymond Griffin.

ORIGINAL STORY -- A 21-year-old man is dead after an officer-involved shooting overnight on Friday in downtown Austin outside a nightclub.

At 12:21 a.m. 911 calls reported a fight outside the Terminal 6 club on East 6th Street where a concert had just ended.

Around 1 a.m. the fight reportedly moved to the alley and parking lot behind the club with at least two armed individuals. 911 callers said they could hear shots being fired.

As officers approached the alley, they claimed to have heard gunshots. A person allegedly began running toward the officers with a handgun in his right hand pointed directly at them, according to Chief of Staff Troy Gay.

Officers said they gave the man several commands to stop, which he ignored. A total of eight officers fired shots at the man and one officer deployed a Taser.

Life-saving measures were performed while they waited for EMS to arrive, but the man was pronounced dead at 1:22 a.m.

The entire incident was captured on public safety cameras and police body cameras. Investigators said it will take a long time to review the footage.

All of the officers will be placed on administrative leave during the investigation.

While the investigation was active, 6th, 7th, and 8th Street were closed at San Jacinto and Trinity Street. The roads have now reopened.

Spectrum News is working to get more information.