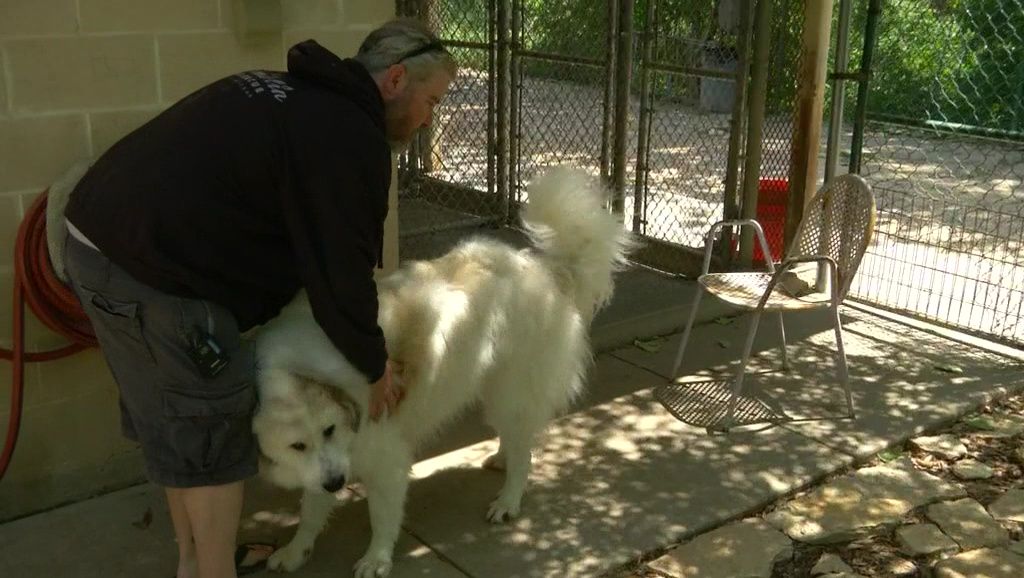 BEE CAVE, Texas — A groomer received a whopper of a monthly water bill that he said was more than $13,000 higher than his business' typical bill of around $700.

"My first thought is, 'How am I going to pay that?' Then, what's the problem? How is this happening," said Mark Van Orden, who owns Just Four Paws.

When Van Orden isn't rounding up his own seven dogs, he's boarding others' pets or grooming a half-dozen a day. The West Travis County Public Utility Agency flagged the spike last August and sent Van Orden a notice. The utility's letter recommended he hire a plumber to look into the cause.

"I still contest that the water didn't come through my system," he said. "I have had it checked. I don't have a leak, and I wouldn't have left five to eight taps running full bore for a month-and-a-half."

The utility's general manager, Robert Pugh, said his meters are accurate "99 percent" of the time.

"Every meter that I have seen tested--either in the field or in a laboratory environment--has been within specification," he said.

Pugh said Van Orden's meter test also came back normal. If a high bill's the water utility's fault, WTCPUA will slash what you owe if you can prove what caused the leak.

He said the billing issues regarding Van Orden's account were "resolved," but the utility and customer differ on what caused the spike.

Utility managers recommend customers pay attention to their water bills. If you see a spike, speak up. Pugh said the biggest problems come from broken sprinkler heads or timers that aren't properly programmed.