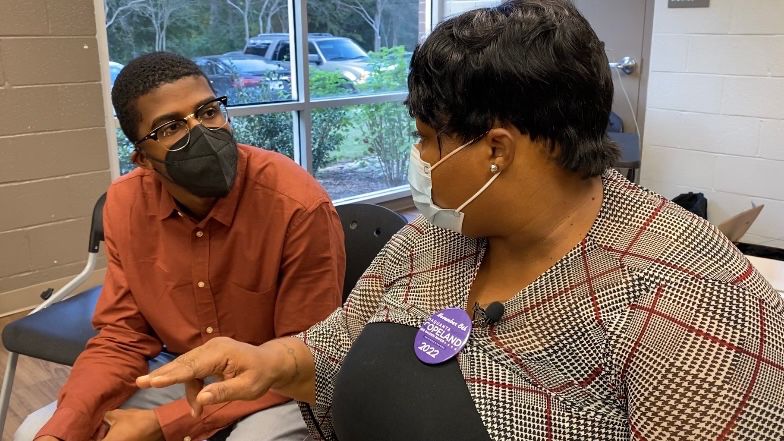 DaQuanta Copeland is a community advocate who is running for mayor of Raleigh. (Spectrum News 1/Mary Helen Jones)

RALEIGH, N.C. — DaQuanta Copeland is a woman on the go.

Copeland is a community advocate, helping people across the region

Her top priorities are being tangible and affordability

Copeland is a community advocate and running a campaign to be Raleigh’s next mayor.

It’s that business that she says gives her a different perspective than the other candidates.

She says she’s known as someone who gets things done, fielding calls for help from all over the region.

It’s that advocacy work that pushed her to run for Raleigh’s mayor.

Her campaign is about the people of the city.

“It’s time for Raleigh to have a mayor that not only caters to businesses, but to the people that we took an oath to protect, to love, to create safe environments,” Copeland said.

Her top priorities are being tangible as the city’s mayor and affordability.

Copeland says there is a need for affordable housing, housing affordability and transportation.

“To have a house and not be able to commute is no good. Commuting and having no where to go is no good,” she said.

She says she shows up and will continue to do that if elected.

In this campaign she says she’s been all over Raleigh, trying to meet with every community and group possible.

She says it’s vital, because the mayor doesn’t get to choose who they represent.