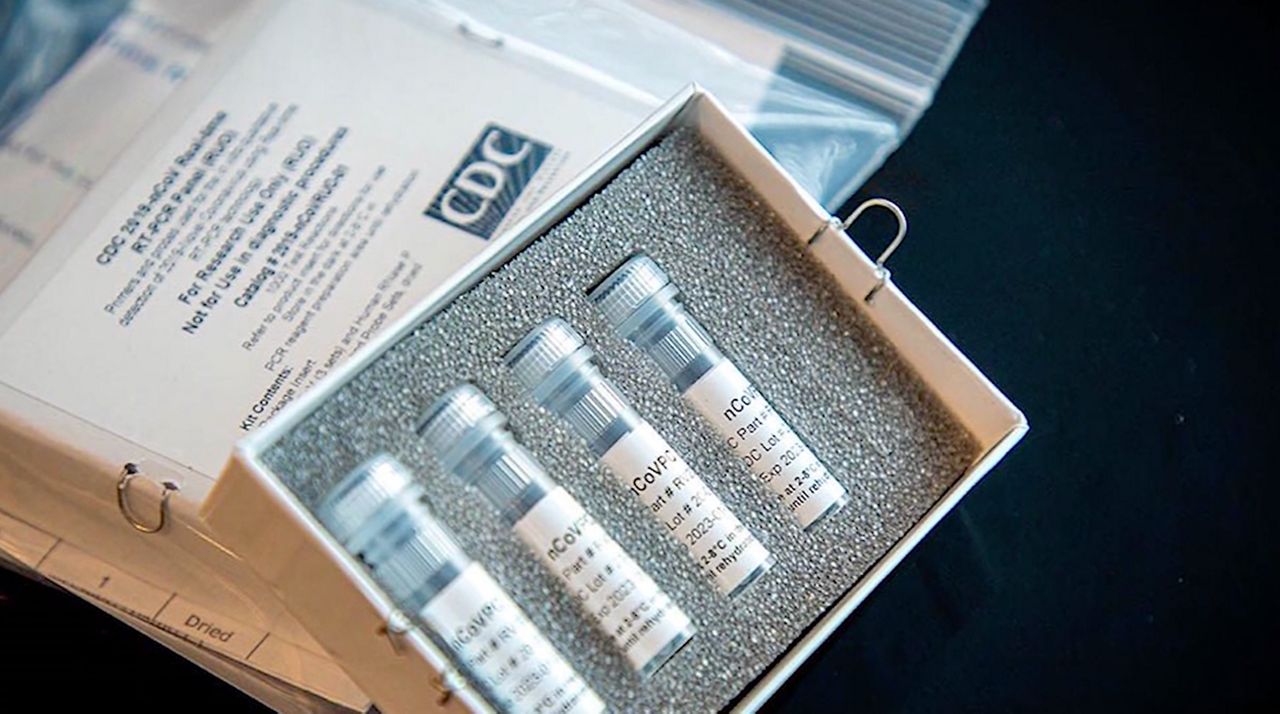 NORTH CAROLINA — North Carolina lawmakers on Capitol Hill are calling on the Trump White House for help amid the coronavirus outbreak, urging the administration to send additional resources.

In a letter to Vice President Mike Pence, a bipartisan group of lawmakers raised concern about test kits, stressing that the supplies North Carolina currently has are “not yet adequate for the expected demand” in the state.

The letter notes that while the production of test kits may be ramping up, North Carolina so far has not received additional kits, despite the CDC indicating they would be delivered this week at the latest.

“We want to ensure our state has the capacity to meet current and future demands for diagnostic testing,” the three lawmakers wrote.

In an interview Wednesday evening, Price said that while they have not received a specific response to their letter, they have gotten "general assurances that by the weekend, a good number of additional kits are on the way."

“It’s going to get worse”

The World Health Organization listed COVID-19 as a pandemic Wednesday.

Meanwhile, on Capitol Hill, one of the country’s top health experts offered a dire warning during a Wednesday morning hearing.

“Bottom line: it’s going to get worse,” said Dr. Anthony Fauci, the director of the National Institute of Allergy and Infectious Diseases.

The number of confirmed cases in the country continued to rise Wednesday.

“How much worse we’ll get will depend on our ability to do two things: to contain the influx of people who are infected coming from the outside and the ability to contain and mitigate within our own country,” Fauci said.

Fauci reiterated that any potential vaccine is still a year or more away.

The Trump administration has come under some scrutiny for its handling of the outbreak.

"It is clear that strategic errors and a failure of leadership impaired our nation's ability to respond to this out break. This in turn endangers us all," she said.

President Donld Trump himself has faced accusations of undermining health experts by down-playing the seriousness of the virus in some of his comments.

“We tend to forget the good actions that have been taken because of the direct criticism of the president, which I think is totally unwarranted,” she said.

As the cases continue to spread, lawmakers on Capitol Hill are debating how to shore up the economy amid the outbreak.

On Thursday, the House is set to vote on a bill that is expected to include provisions focused on paid sick leave and unemployment insurance.

With Congress set to be on a pre-scheduled recess next week, a timeline on when this additional aid package will be finalized by Congress remains up in the air.