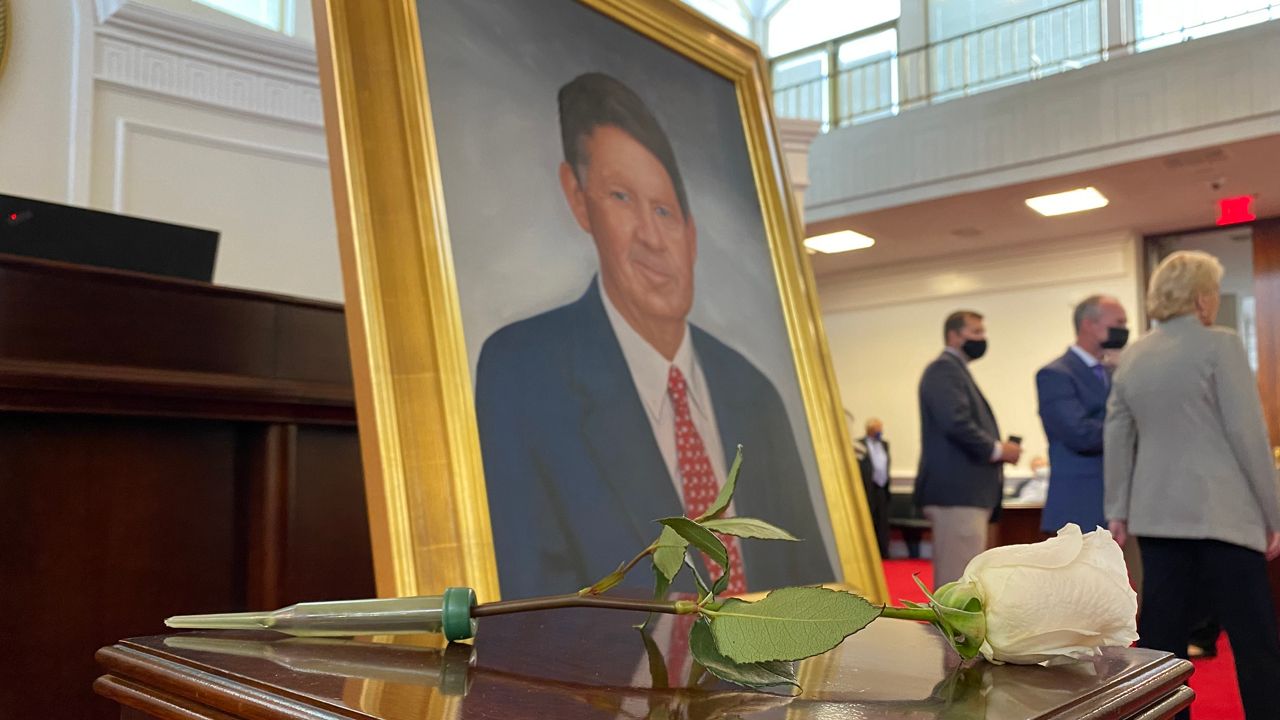 RALEIGH, N.C — In 2011, Senator Marc Basnight retired from a life of public service.

Basnight served as the leader of the North Carolina State Senate, as president pro tempore, for 18 years. He holds the record for the longest legislative leader in state history.

Now, almost a year after his death in late 2020, the Senate held a ceremony to remember Basnight.

A portrait was unveiled by his daughters and will hang in the chamber, a permanent honor.

Norma Houston served as Basnight’s chief of staff and general counsel. She remembers the senator as someone who truly cared for every person in the state.

He could be a tough taskmaster, she said, but it was because he cared so much about the work they were doing.

That was evident to his staff when he would make the drive to Raleigh from the coast for work.

Houston says he never took the straight path, instead stopping at county stores and gas stations along the way.

“We would know when the senator started rolling, because our phones would start ringing and people would call us and say they saw the senator at the convenience store and he told them to call us,” Houston said. “And when he would arrive he wanted to know what we had done to help those people that he had talked to along the way.”

Senate President Pro Tempore Phil Berger spoke at the ceremony, remembering how gracious Basnight was after the 2010 election. That was the election that gave Republicans control of the Senate and gave Berger the position.

Berger said Basnight was one of the first to call and ask what he could do to help Berger in the transition.

“One thing that really struck me about Mark is that he loved people, and it was clear that people loved him back, without any question,” Berger said.

With decades of public service and many pivotal laws during Basnight’s tenure, there was much to speak about. One of Basnight’s passions that Minority Leader Dan Blue pointed out in his speech was education and colleges and universities in North Carolina.

“We salute him for what he did for higher education, but this man had one of the greatest appetites for learning and education of anybody I’ve ever met,” Blue said.

Houston says when she saw the portrait it was like Senator Basnight was in the room.

She’s glad future leaders of North Carolina will be able to see and remember his legacy.