WILSON, N.C. — When Shawna Moses moved to Wilson over a decade ago, the downtown of Wilson looked very different.

The goal is to help towns, cities and communities revitalize the downtowns

Wilson has seen investment go up tens of millions of dollars

“When we first moved here, there were a lot of buildings that were boarded up,” Moses said. “There was really not much activity going on, and it has changed a lot over the years.”

But just last year, she opened a storefront for her online business, Samora Naturals. 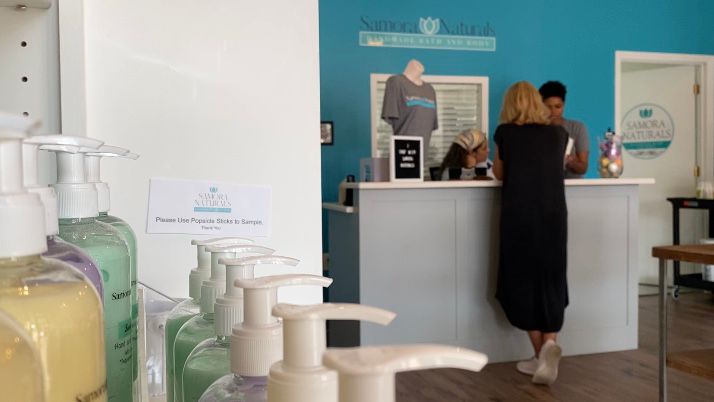 Years ago, Moses suffered a scalp burn and decided to use her background in chemistry to create natural hair and body products.

She’s one of many who have renovated storefronts in Wilson and filled them with businesses, bringing in investment to the local economy.

The program is part of the N.C. Department of Commerce. “Main Street” helps towns, cities and communities hone in on ways they can revitalize their downtowns.

Kimberly Van Dyk is the downtown development coordinator for Wilson, and says about a decade ago, they really dug into the project.

The results are obvious.

Ten years ago, the annual investment in downtown Wilson was around $1 million. Now it’s around $100 million.

That shows up in park renovations, building restorations, new businesses and jobs.

It took a lot of local leadership, Van Dyk says, but the program really helped them take off.

North Carolina is one of the first six states to take part in the national program, and over the past 40 years the DOC has helped over 100 communities in different ways.

With more construction planned and new neighbors joining her store downtown, Moses says it’s exciting to be a part of Wilson’s continued innovation.

“Even sometimes people who have moved away and moved back, they just can’t believe the transformation that has happened. And they’re really, really excited,,” Moses said. “We just encourage them to spread the word and let everyone know so that we can get more people downtown.”