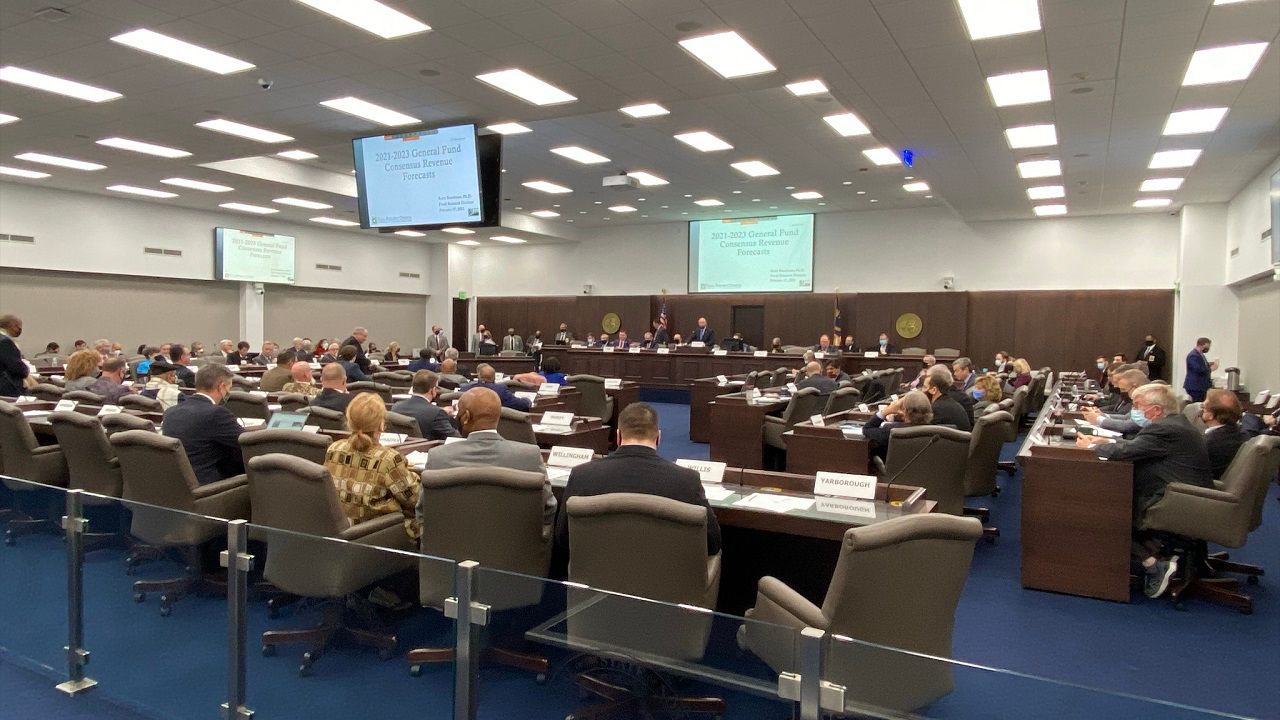 Members of the House and Senate Appropriations committees gather for a budget briefing Wednesday morning. Analysts said the state already has collected about $2.5 billion more than expected in tax revenue, despite the pandemic.

Barry Boardman, the chief economist for the N.C. General Assembly's Fiscal Research Division, told lawmakers Wednesday morning the state already has taken in about $2.5 billion more in tax revenue compared to the last budget year despite the economic downturn caused by the pandemic. He said sales tax revenue grew by a surprising 8%, something he ascribes to federal stimulus checks and strong online sales, which the state just began taxing two years ago.

In May, analysts expected the state would wind up losing money as tax revenue dried up. New figures released last week, however, show analysts believe they overestimated the state's losses by as much as $4.1 billion. Lee Roberts, a former state budget director who now teaches at Duke University, said sales tax revenue and continued income tax collections, along with CARES Act money, are the biggest reasons North Carolina looks poised to stay out of the red.

“We would normally see growth year over year in state revenues, but nobody expected back in May 2020 that the economy would continue to grow as strongly in North Carolina during the pandemic,” he said.

N.C. State economist Prof. Michael Walden echoed Roberts' comments. Although some people used their stimulus checks for savings or to pay down debt, Walden said as much as two-thirds of stimulus check money ended up going toward purchases. In addition, Walden noted lawmakers and Gov. Roy Cooper never came to an agreement on a 2019-2021 budget. Under state law, funding for programs continued at the previous year's levels, so a lot of new projects ended up getting put on hold.

If budget projections turn out to be correct, that could be good news for many of the services on which North Carolinians rely. Ninety-five percent of the budget derived from state general revenue goes toward education, health and human services, and justice and public safety. Roberts said had the projections from May turned out to be accurate, lawmakers likely would have had to make cuts to make up for the loss of tax revenue. Instead, at least at this point, he said it's not likely spending cuts or tax hikes will be needed.

For all the good news, lawmakers on Wednesday morning appeared cautious.

Boardman pointed out roughly 200,000 more North Carolinians are out of work than at this time last year, right before the pandemic hit. This represents a chunk of workers from whom the state is unable to collect income tax. He said he doesn't expect the economy to recover fully until at least the middle of 2023. In addition, he said many consumers and business owners' economic decisions are still being affected by the pandemic. That impacts the kind of revenue lawmakers can draw upon as they craft the budget.