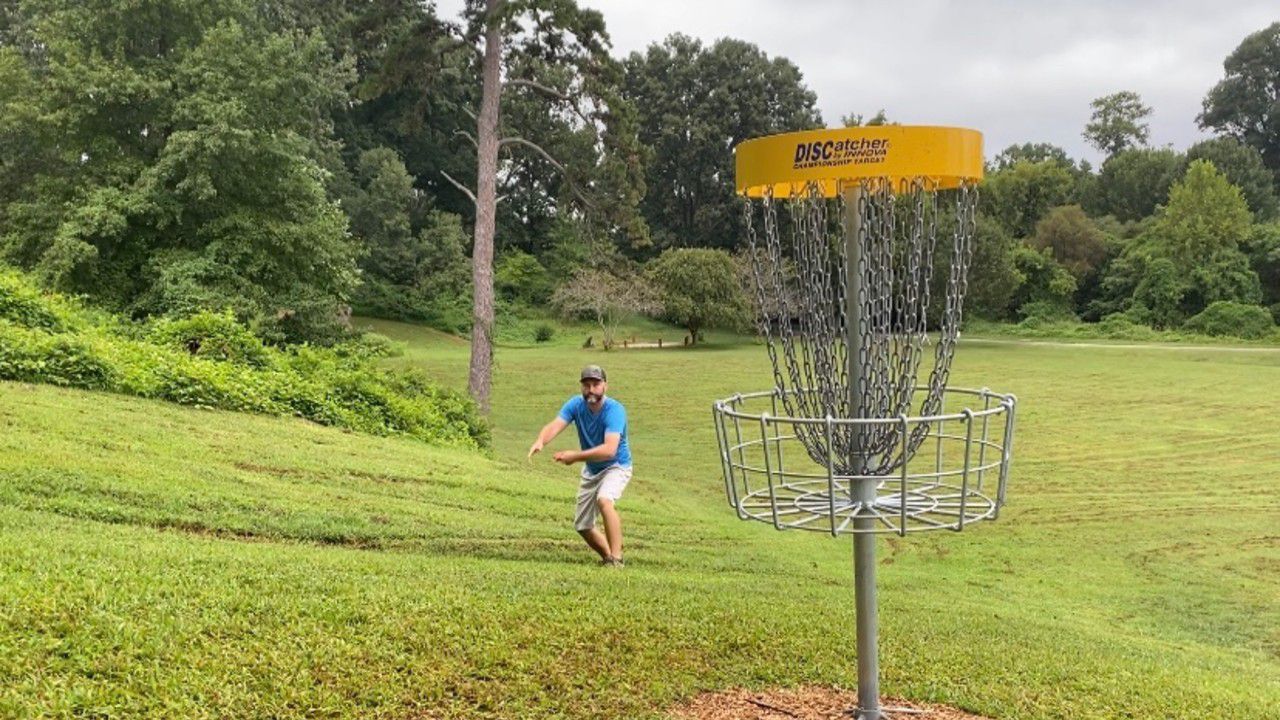 He says disk golf is a game everyone can play.

"You don't have to be tall or fast, you just have to throw it" says Howard.

Now the hobby is being picked up more during the pandemic. Howard's friend, Steve Millwards, has been playing for more than thirty years, but none of them have been quite as significant as the last few months.

"What I’ve seen is, like other park sports, lots of people coming back out like it was the 70s again. People are back out enjoying the natural thing they’re given" said Millwards.

Both men say they are playing at a course put up at Dorthea Dix in Raleigh but that one is just temporary.

The Parks and Recreation supervisor says they're working on other pop-up programming opportunities for the next few months.

They say they've received good feedback on it and plan to bring it back with a new layout in the spring.