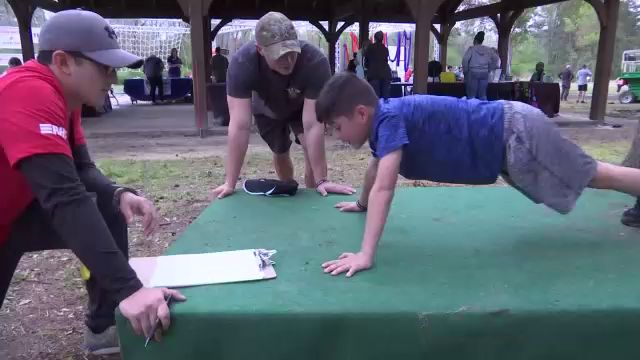 FAYETTEVILLE, N.C. -- Hundreds and their families came out for a weekend event that celebrates April as the Month of the Military Child.

That event was hosted by the Rick Herrema Foundation at its camp called Rick's Place. These children, who are often separated from active duty parents for months at a time, were able to just frolic and have a few hours of fun. They played and went through several obstacle courses and in general had a good time.

Over both Saturday and Sunday, about 600 children and their families are expected to participate in this event.