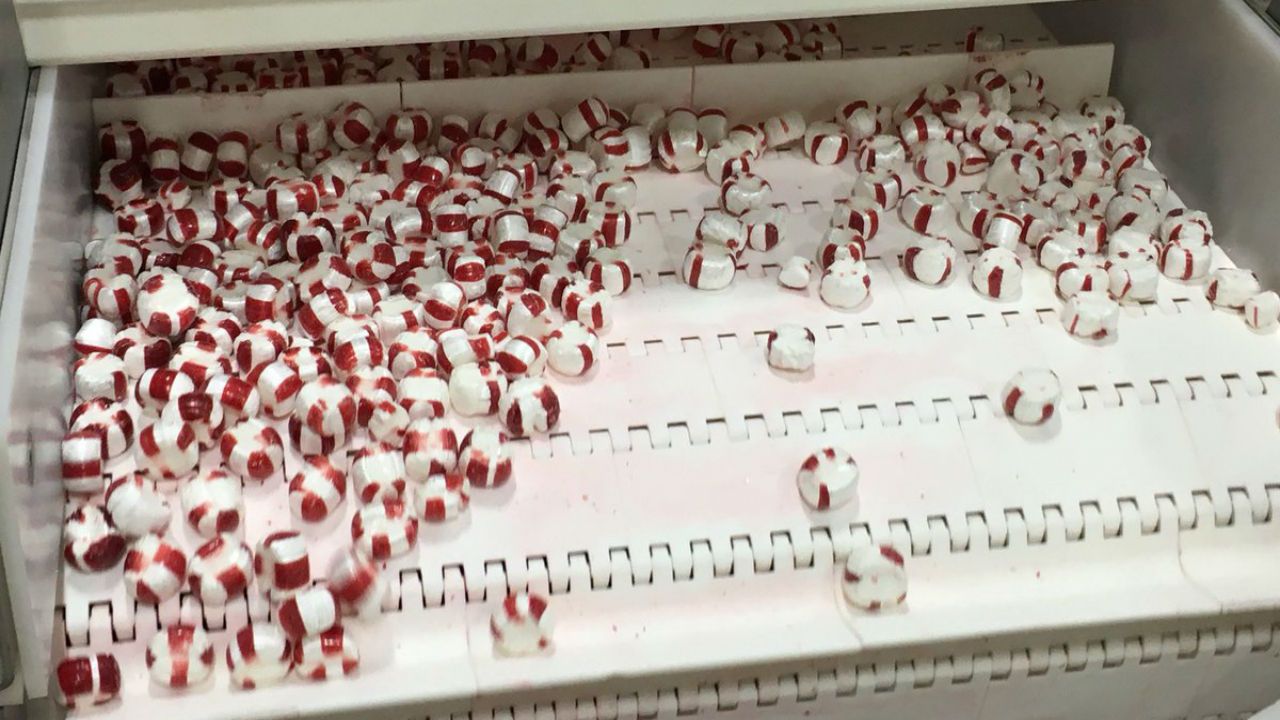 LEXINGTON, N.C. -- Red Bird Peppermint Puffs have been around for more than a century.

"There's really a nostalgic tint to the peppermint candy; people are really familiar and always say their grandparents had it around," said Piedmont Candy Company’s Director of Marketing Jenna Paquin.

Paquin said the hand-crafted candy is known for the way it melts in your mouth.

"We've found the more pure cane sugar you have in there the melt-ier the candy is," said Paquin.

Paquin said that's their secret they use cane sugar instead of corn syrup.

"A lot of candy cane companies use corn syrup and that makes them harder; ours is a lot softer,” said Director of Operations Barrie Baker.

Christmas is their busiest time of year.

It's a tough task.

"We pull the sugar to get the white, that's where we add all the flavor, at that point we pull 10 pounds out and make the stripes," said Baker. "They are all hand-made then the stripes are added back to the 100 pound batch and then they are put in a roller where they are stretched and brought to the right size."

However, the work is worth it for the customers. The company does around 44 percent of their sales between November and December alone.

If you are looking for a flavor besides peppermint they have you covered.

"We actually have more than 14 flavors that we make,” said Paquin. “In 2015, we introduced cotton candy which has been a huge hit and this year we introduced birthday cake and it tastes exactly like cake frosting."

During the holiday season, they make about 4 million pieces of candy a day.