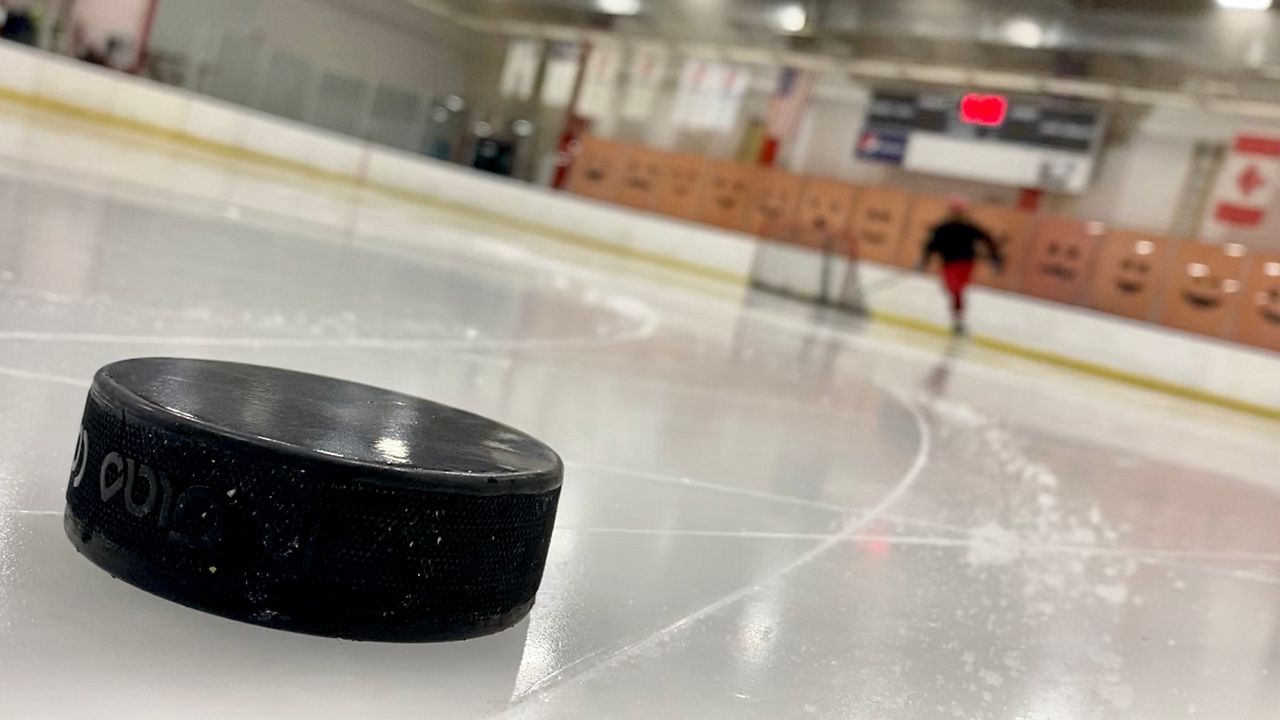 The Carolina Lady Thunderbirds practice at both Greensboro Icehouse and the Winston-Salem Fairgrounds.

GREENSBORO, N.C. — It’s not quite a party on ice, but at the Greensboro Icehouse with the Carolina Lady Thunderbirds, it sure seems like it.

“My dad lived up north, and then he got my little brother into it,” 16-year-old Hannah Argenta said. “I watched a couple practices and I just wanted to do it, too.”

They play in North Carolina, South Carolina and Virginia

Argenta is a veteran with the Thunderbirds. She’s been playing center and defense for more than seven years.

“I love how unique the game is,” Argenta said. “There’s not a lot of other sports like this one.”

In the Triad, there’s no other team like hers. The Thunderbirds are the only girls' youth hockey team, and Argenta is a bit of a pioneer with them.

“When I first started playing, I was the only girl,” she said.

Now, there are about 50 girls, and none of it would be possible without Argenta lighting the torch.

“To think about Hannah when she was starting out as a young girl, and now she’s a young woman,” Thunderbirds director of Triad hockey Dr. Joshua Zavitz said. “She brings such positive energy to the entire program.”

“Watching these girls develop together, gain confidence, character traits, things that are going to help them the rest of their life,” Zavitz said. “That’s what it’s all about.”

The organization has teams that run from 8 years old all the way up to 19. Team bonding is paramount. But with this much going on, volunteers become a necessity.

“Everybody needs to play a part so it doesn’t fall on one person, because it’s a lot,” team mom Jennifer Kreveck said. “It’s very chaotic and there’s a lot of girls.”

It’s worth it, though. For every girl out on the ice, there’s a possibility to inspire others.

“It’s amazing. I have two little sisters who play,” Argenta said, “and it’s great watching them have a program to grow up in.”

At the Icehouse, they have a place they feel comfortable.

“It’s really satisfying just feeling like you belong on the ice. When I played with guys, it was hard sometimes just because I was the only one out there, and I knew all eyes were on me,” Argenta said. “It wasn’t the best feeling. I love how, on this team, you know you belong and everyone’s super supportive.”

If you or someone you know is interested in joining the Lady Thunderbirds, a scholarship opportunity is available. You can find that on the team’s website.