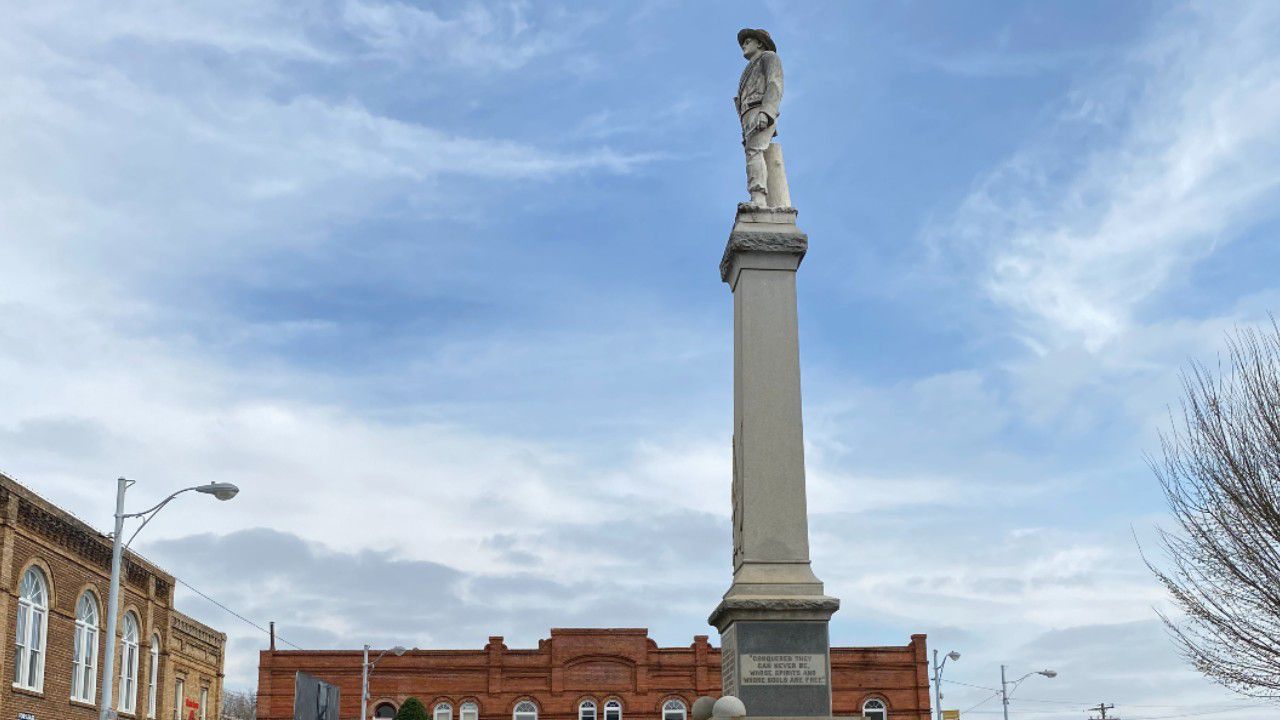 GRAHAM, N.C. — According to the Southern Poverty Law Center, over 160 Confederate monuments were renamed or removed from public spaces in 2020. Twenty-four of those were in North Carolina, ranked second in removals across the country.

Dionne Liles lives in Graham, N.C., where a monument currently remains outside the Alamance County Courthouse. She is among those passionately fighting for its removal.

She owns a clothing shop just feet from the statue. Liles says her shop stands for more than clothes.

“Me being in this space is a form of fighting white supremacy. That’s the way I have to look at it so I don’t get discouraged, so I don’t get uncomfortable,” she says.

Those in Alamance County are not the only ones fighting for the removal of Confederate monuments. The North Carolina Commission on Racial and Ethnic Disparities, otherwise known as NC CRED, launch an effort to remove all 42 Confederate symbols currently standing outside of county courthouses in the state.

Williams says the statue in Alamance County is particularly offensive. It sits feet from the site of Wyatt Outlaw’s lynching in 1870. He was an African American town commissioner.

“It has to be a painful reminder of what people who maintain this monument think of them today if they’re so insensitive that they would have this monument remain and be protected,” Williams added.

With that in mind, activists meet every Wednesday to hold signs in support of the statue’s removal.

“These people like myself are going to stand up against violence and speak love and talk about equity for all people,” Liles says.

Spectrum News 1 reached out to the Alamance County Commissioners about the statue but did not get a response.