Tropical Storm Sam is heading toward the west and will remain over open water for a while. It's forecast to strengthen over the coming days. In fact, it may get to "major hurricane" status early next week. 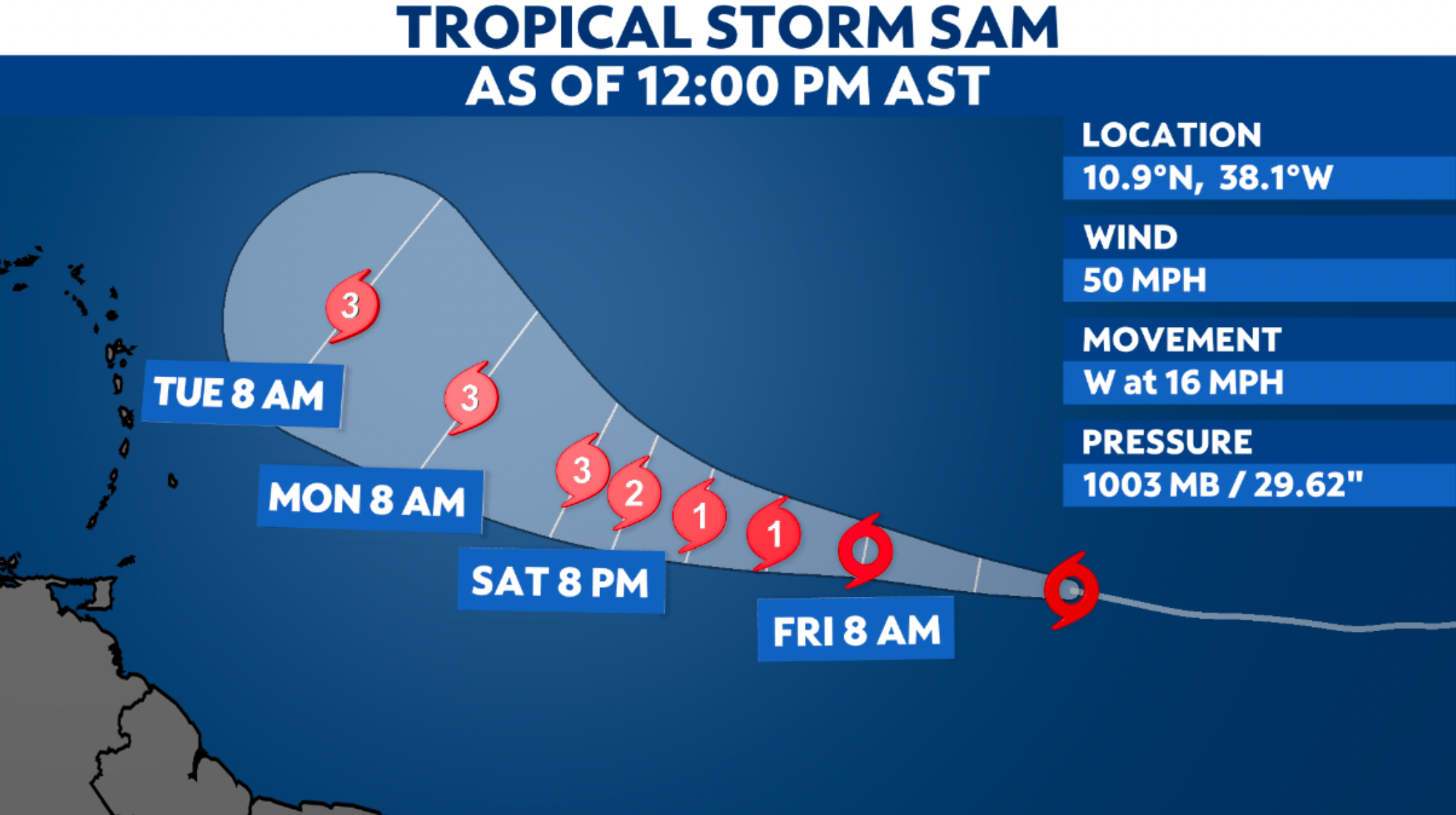 Sam is far enough east that it's still several days away from affecting the Lesser Antilles. Whether Sam will have any direct impacts to land is very uncertain, but it will at least create swells.

Spaghetti models are in good agreement on the storm's general path, which should eventually begin to curve more toward the northwest with time. These will certainly shift, especially since the tropical storm is still a new system.

Spaghetti models or plots show a series of individual computer forecast models together on one map. They are useful to give insight into whether multiple models are in agreement or not on the path of the storm, but they do not address the storm’s forecast intensity, winds, flooding and storm surge potential or other data. Tap here for more details on how to best use these models. 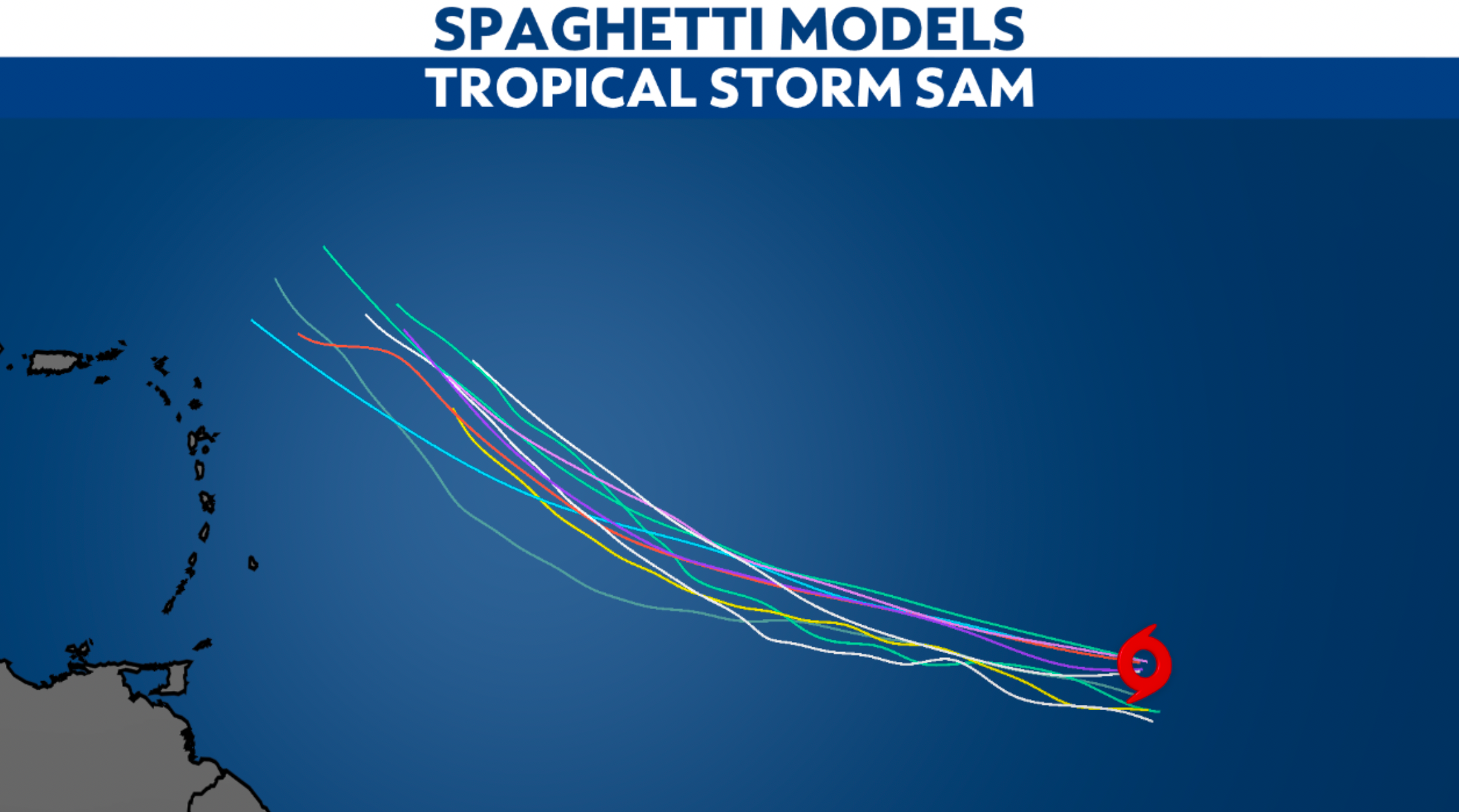 We're also watching two other areas in the Atlantic, one with a medium chance of development and another with a low chance.