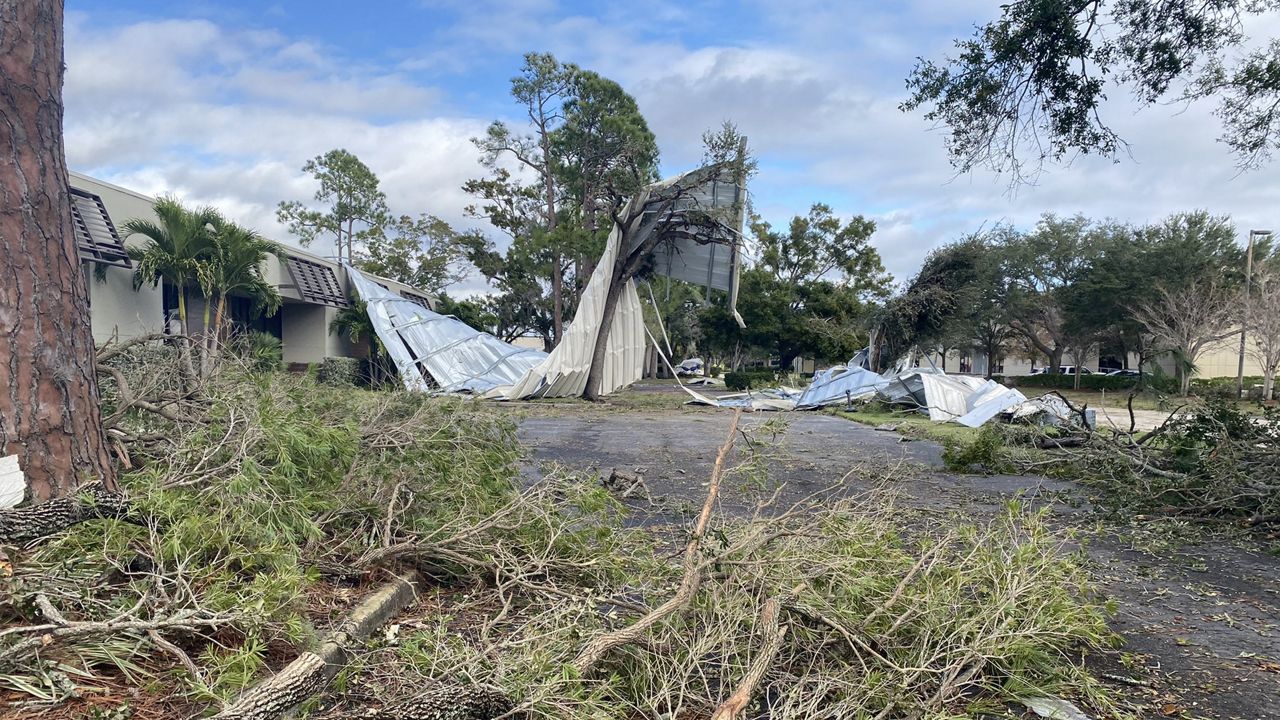 The National Weather Service confirmed that an EF-2 tornado touched down in Pinellas County on Wednesday.

Maximum wind speeds were estimated at 125 mph over the course of the 13 miles and 22 minutes the tornado was on the ground.

This is the first EF-2 or stronger to touch down in Tampa/St. Pete proper since October of 1992. During that EF3 tornado, also near Pinellas Park, several buildings were destroyed and winds were strong enough to toss around large, two ton boats.

Two other tornadoes were also confirmed from Wednesday, both rated as EF-1, in Lakeland and Plant City.

Minute by Minute of Pinellas Tornado

The Pinellas Park tornado was only 1.5 miles from the Klystron9 radar. Our radar was scanning every 30 seconds and the whole process of a tornado developing and doing damage took about 60 seconds!

After the tornado touched down, a debris ball (circled in images below) showed up for one scan. This is the radar picking up highly reflective and wet material that had just been lifted a few hundred feet in the air.

The tornado formed very quickly from a storm that intensified rapidly as it moved in off of the Gulf. The rest of the area was covered by rain, but this one cell managed to form in a sweet spot where inflow from the south brought in just enough warm and humid air to allow the storm to rotate. The on-and-off rotation continued for 50 miles, all of the way into Polk County. 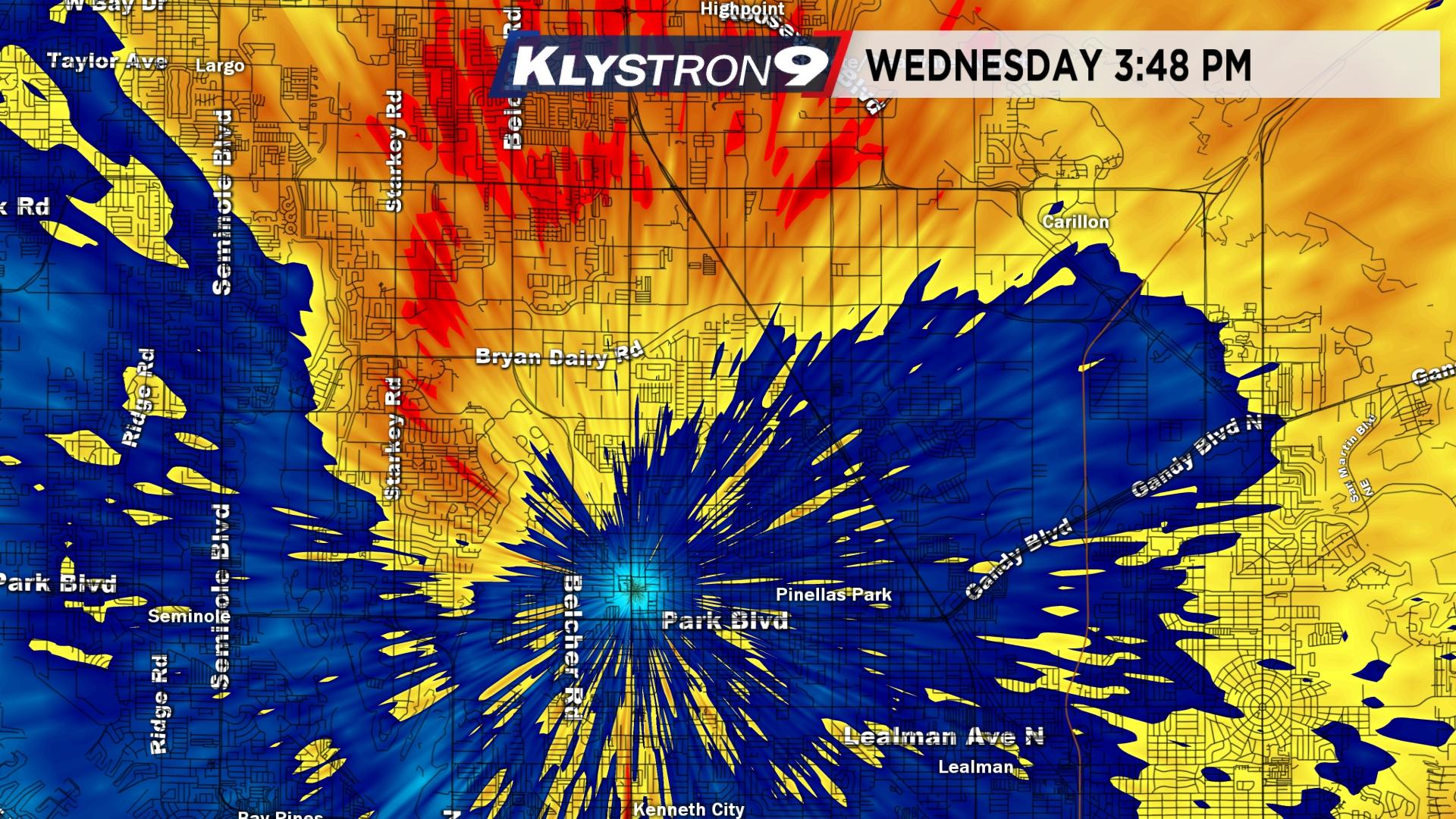 At 3:49 p.m., the tornadic circulation appears on the velocity (Doppler) data. It was small, just two pixels showing gate-to-gate rotation – that is, air going different directions right next to each other. 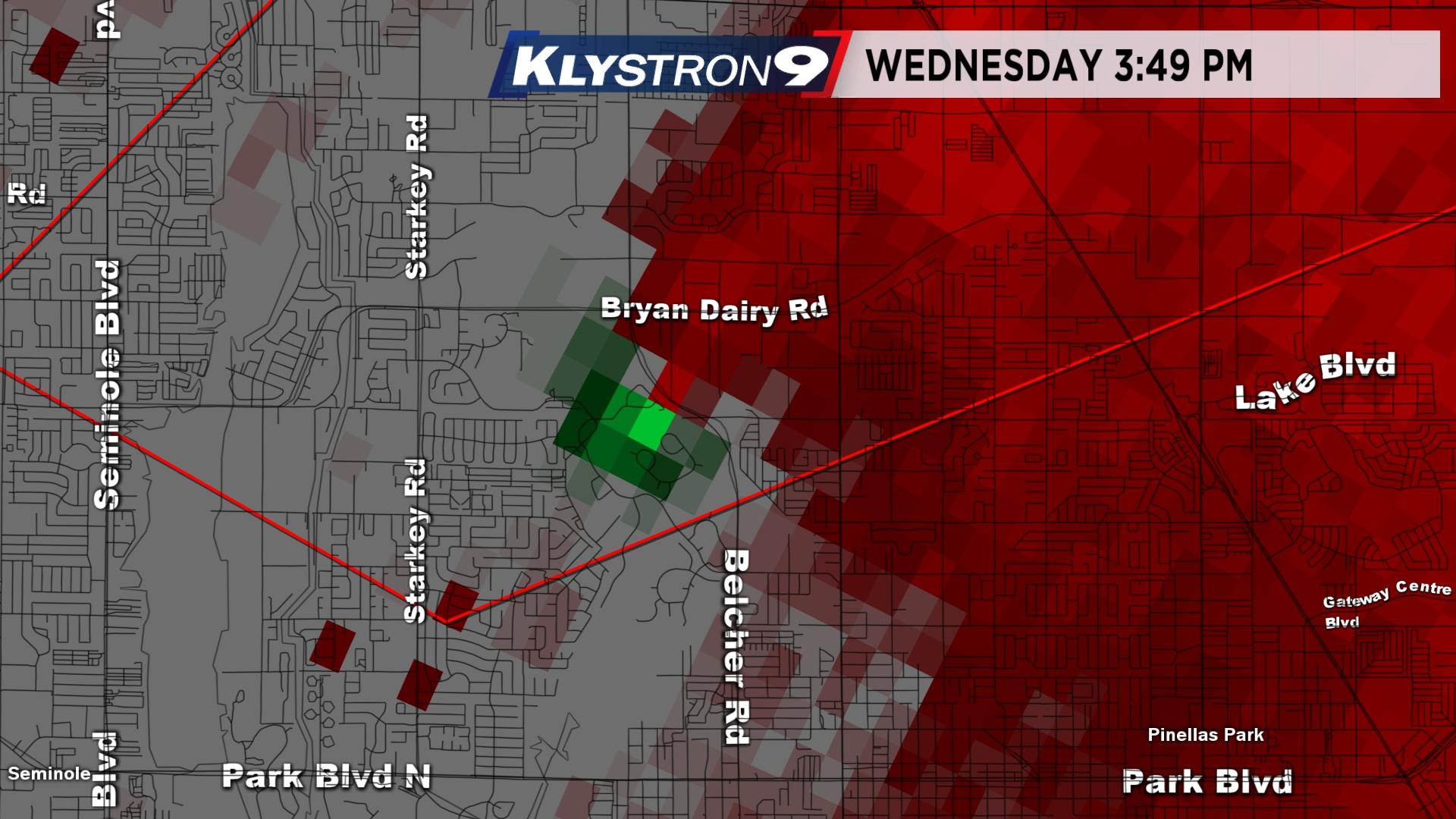 At this time, the tornado was on the ground and you can see a "hook echo" show up on Klystron9. 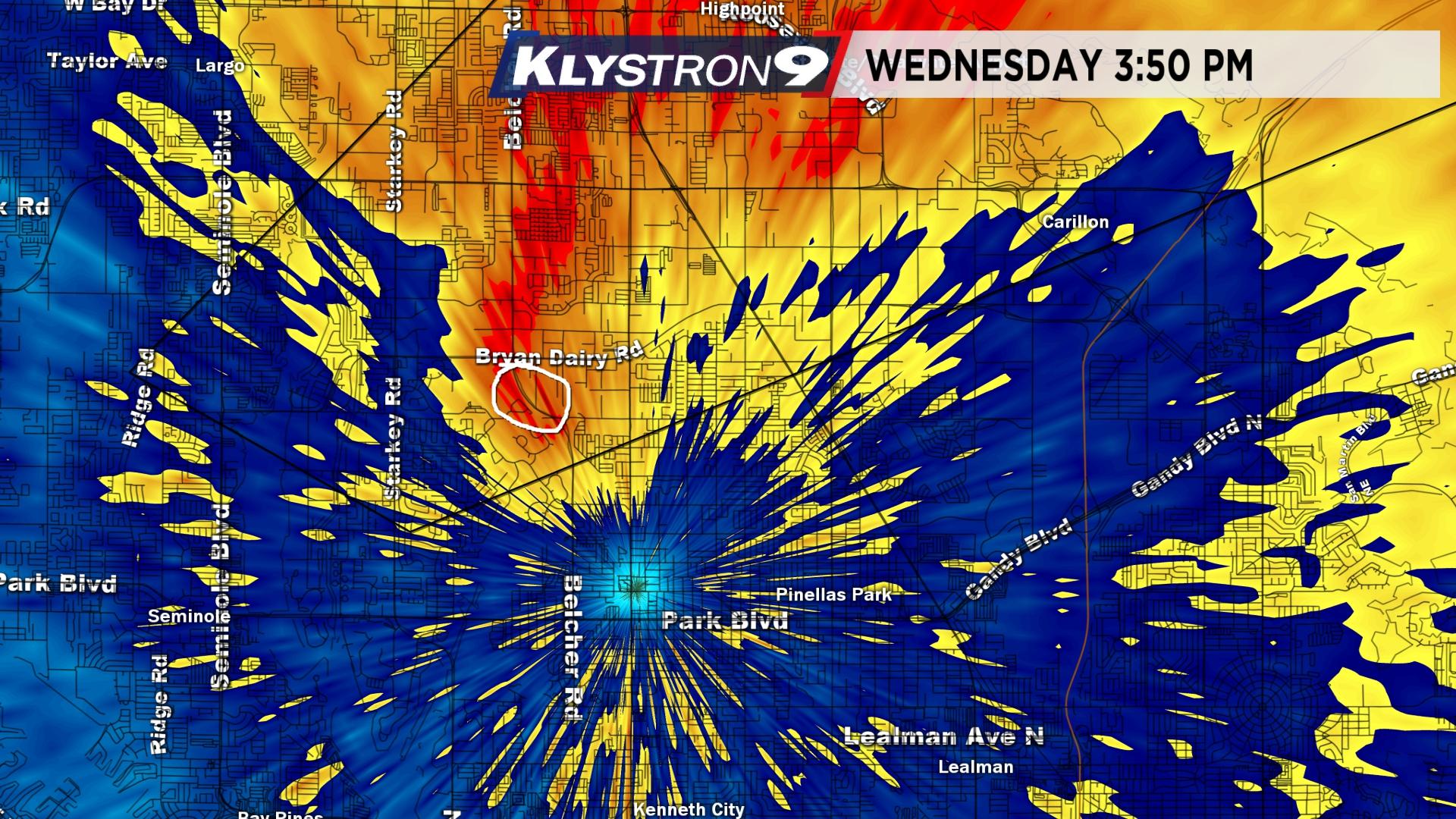 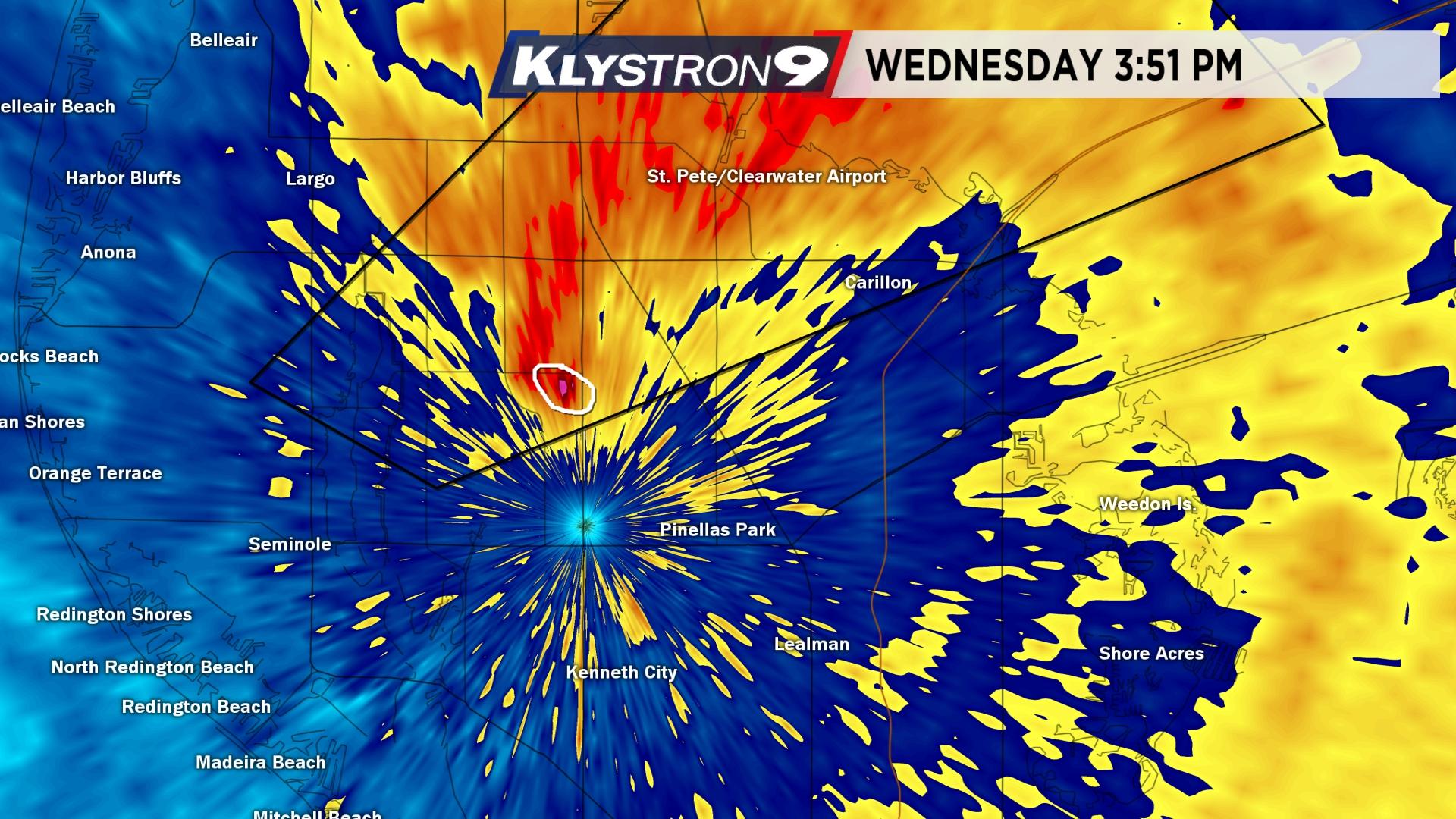 The tornado was lifting on velocity data one minute later near Pinellas Park High School. 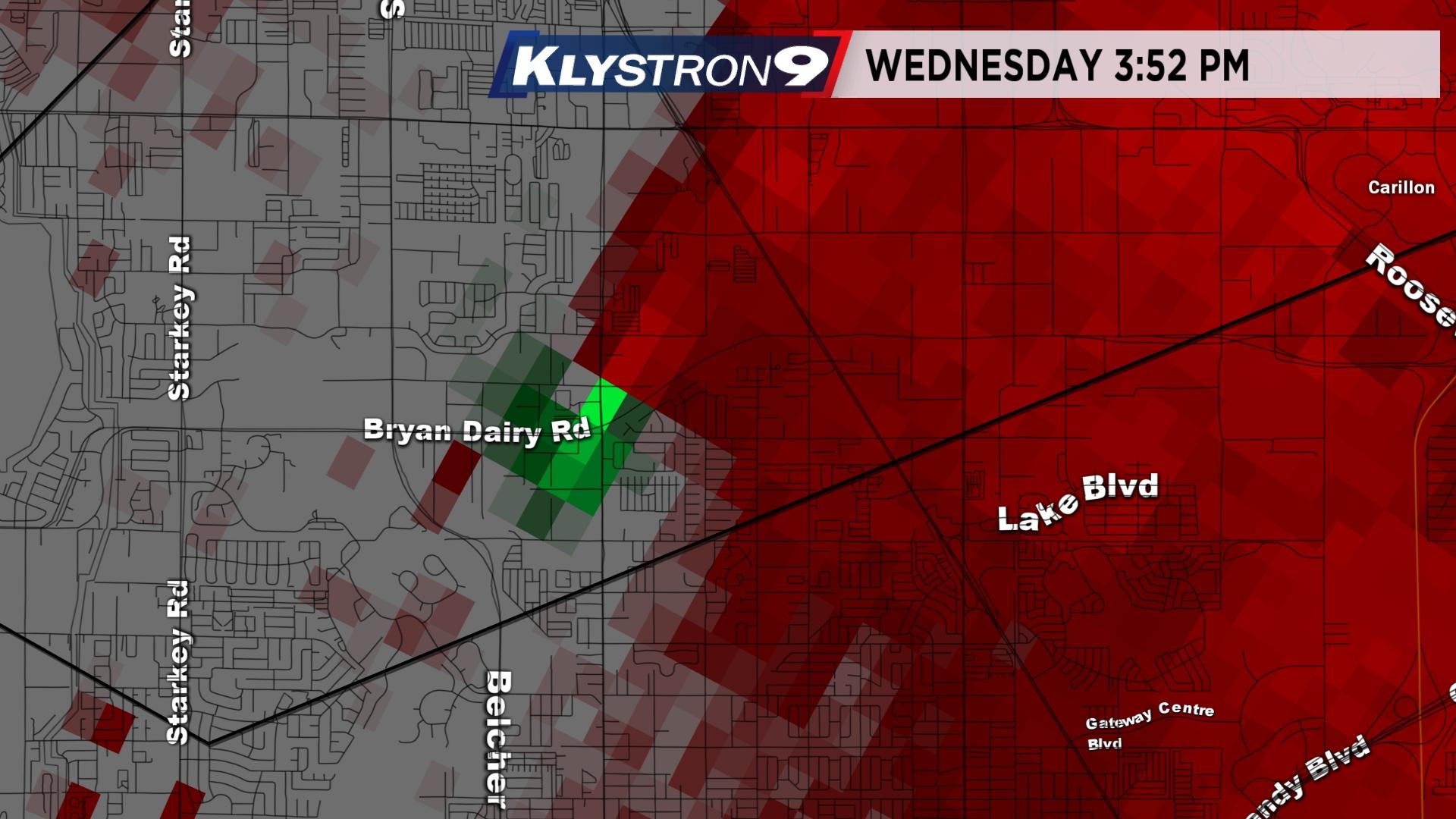 The dual-polarization data showed debris, which clearly told us a tornado had touched down. Klystron9 was one of the first "dual-pol" radars in the nation in 2009.

In this mode, we use a product called correlation coefficient, which tells us when the targets it is hitting are not the shape of raindrops or hail.

Raindrops are actually more the shape of a hamburger bun, and of course hail is round. When we saw a clear debris signature, it was obvious to the trained eye that a tornado was on the ground. 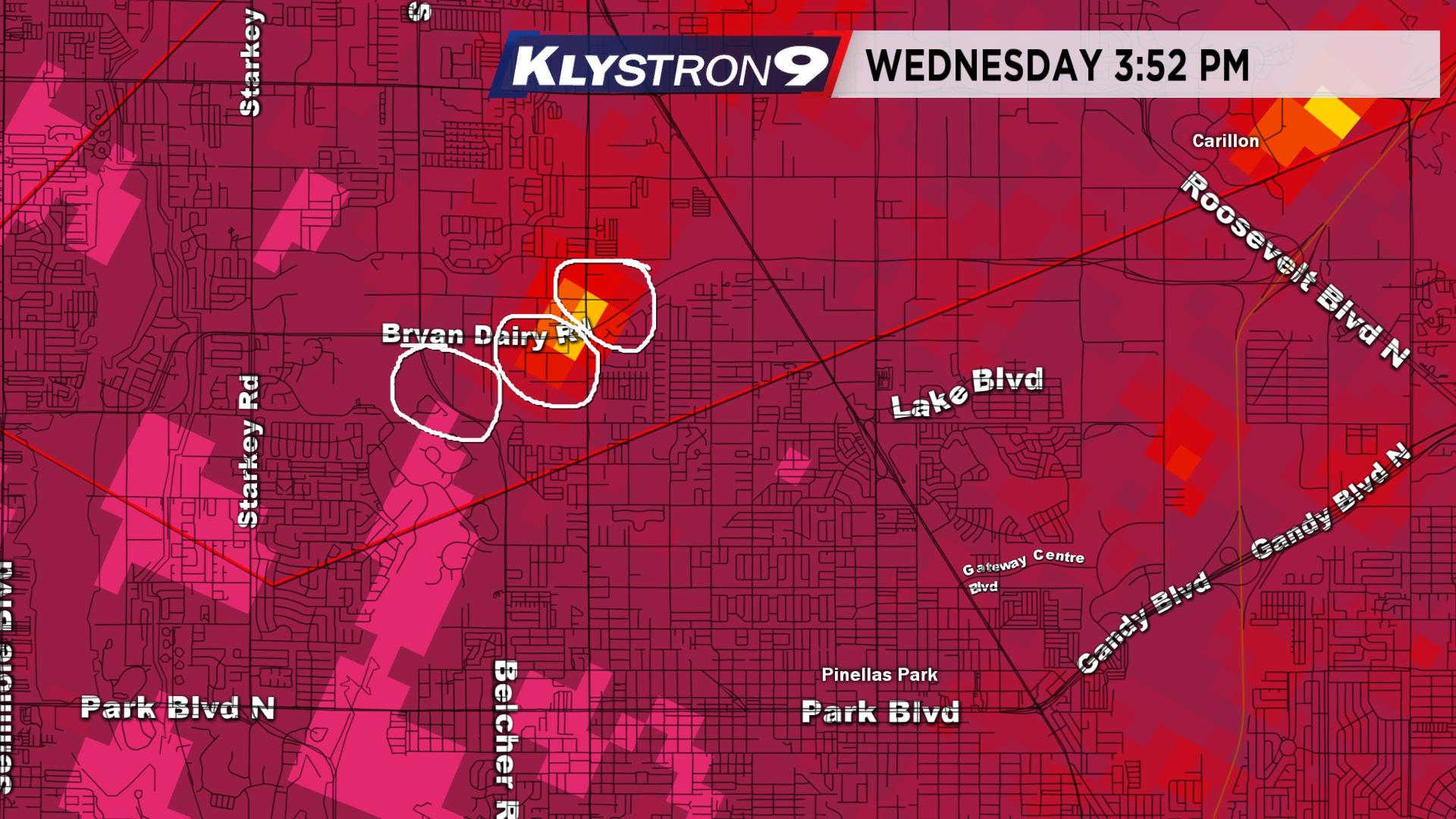 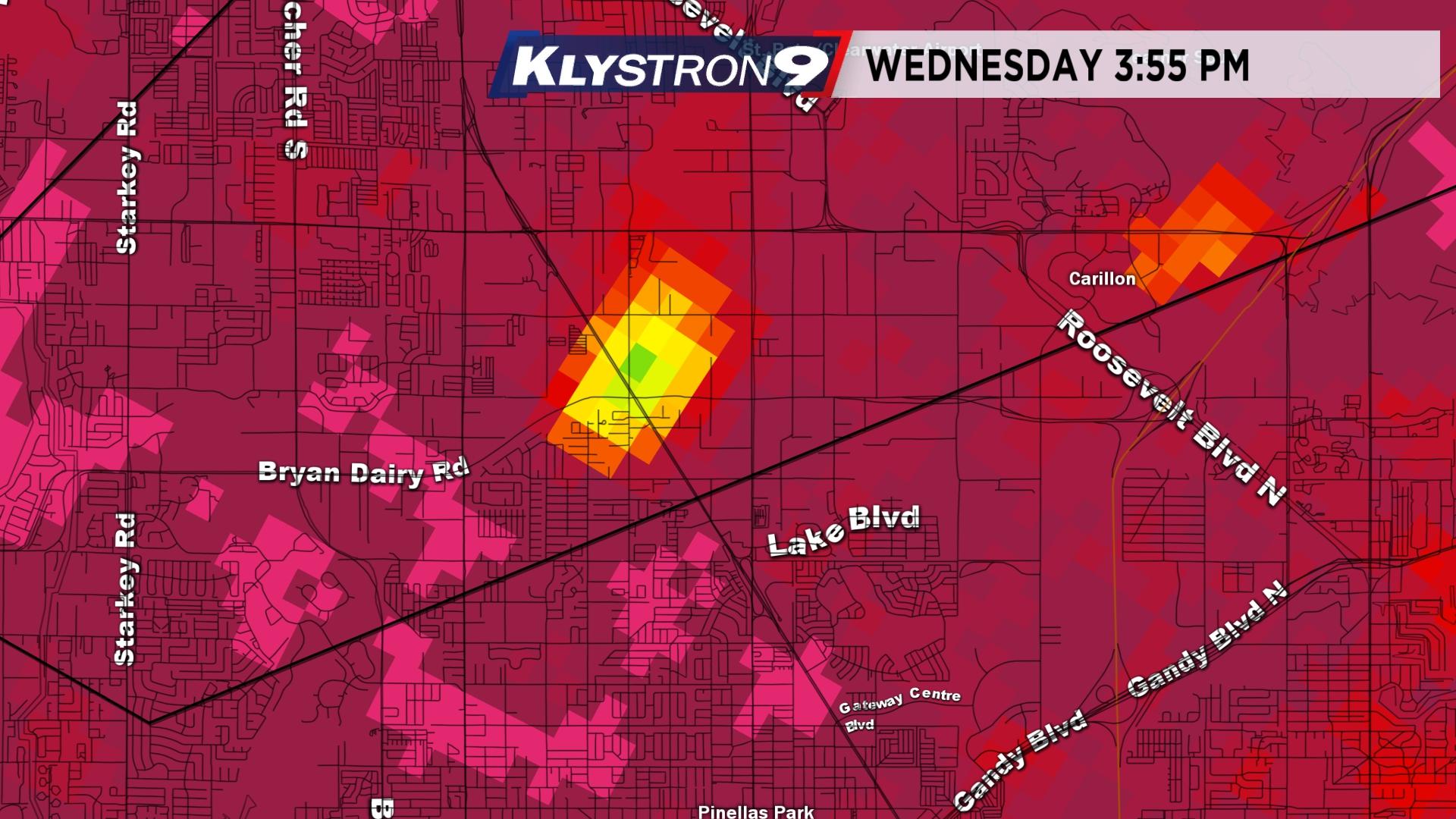 By 3:39 p.m., the debris was aloft and lifted to the Carillon area. This morning, we saw insulation all over the place in Carillon (and the Bay News 9 studio), which was lifted aloft by the tornado to the west about five to ten minutes earlier. 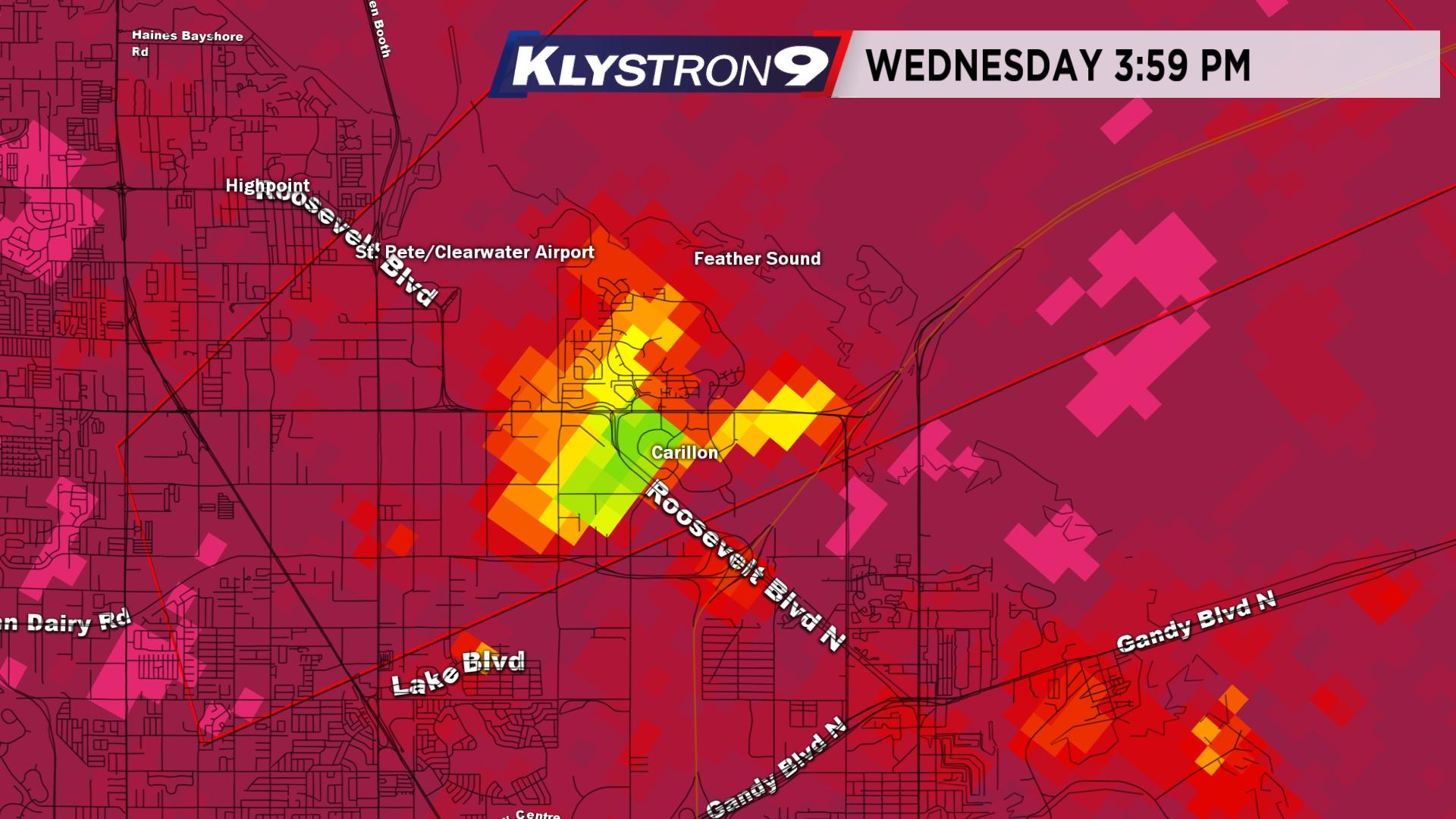