The heat and humidity are no stranger to Floridians. Heat index values exceeding 100 degrees occur all the time during the summer months. This is largely due to the Florida humidity.

Did you know that Tampa has never officially reached 100 degrees in recorded history? Records for the Tampa Area date back to 1890.

So what is the warmest temperature recorded in Tampa? That would be 99 degrees and it has only happened once in recorded history. The date was June 5, 1985. 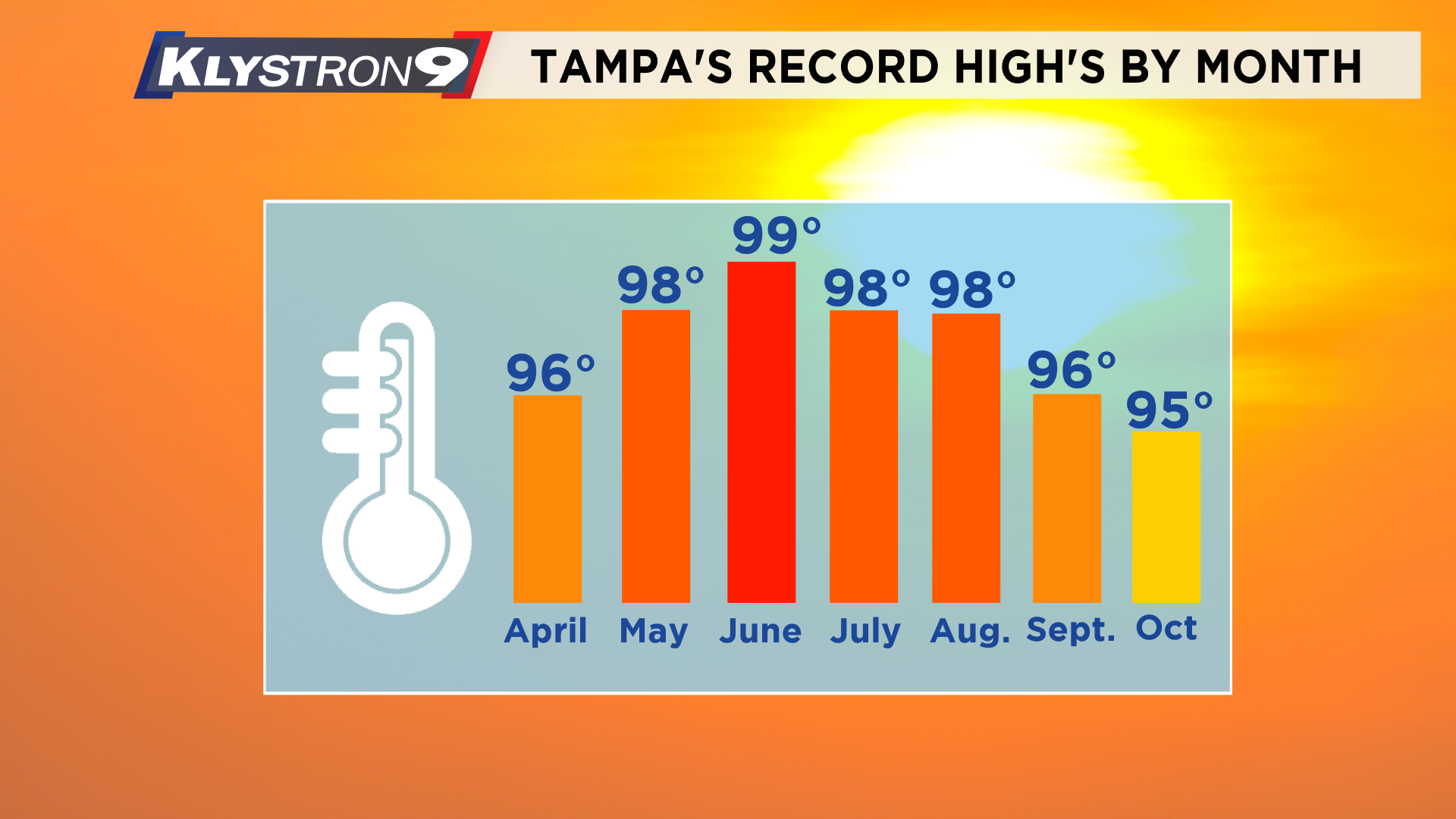 The temperature gauge for Tampa sits at Tampa International Airport. It is the official reporting site for Tampa Bay.

Here’s a few reasons why it’s very hard to reach 100 degrees in Tampa:

Just about every afternoon, a sea breeze develops off the Gulf of Mexico and Tampa Bay and it moves inland. This is a cooler air mass that moves in and cools our area down each afternoon.

The sea breeze is also responsible for producing afternoon showers and thunderstorms. The afternoon clouds limit the heating from the sun. In addition, afternoon storms cool down the area with rain cooled air.

Another major contributor to the lack of a 100 degree temperature day is the humidity. It takes a lot of energy to warm and cool a humid air mass versus a dry air mass. That’s why our temperatures don’t fall quickly overnight like areas in the desert. It’s also why we don’t see as much of a daily temperature swing this time of year compared to that of the winter.

There are a few cities in the Bay Area that have reached 100 degrees or more.

It is very possible that Tampa will officially reach 100 degrees. The question is will 2020 be the year? Time will tell.