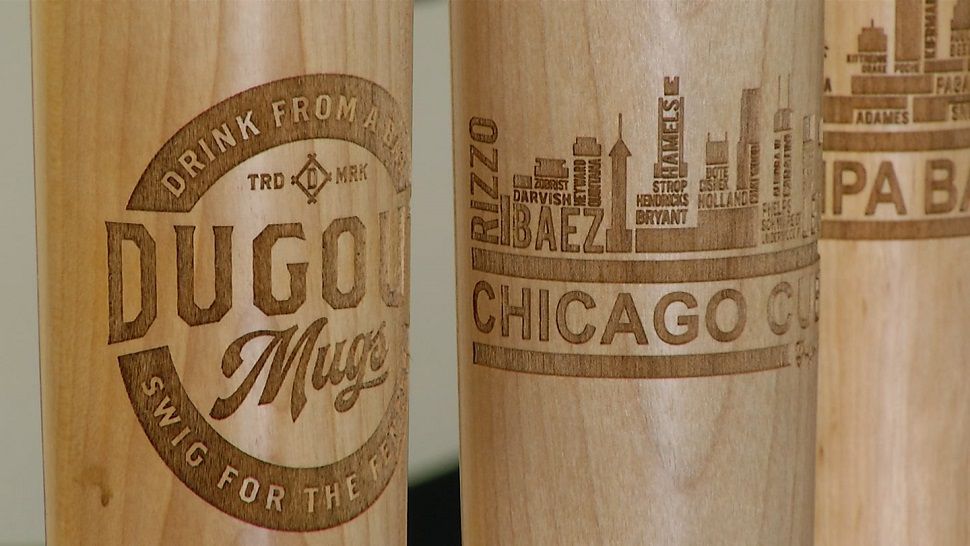 Former pitcher turns passion for baseball into a profit

Winter Have, Fla. -- In the back of an ordinary-looking warehouse in Winter Haven, baseball bats are being used not to bash home runs...but for beverages.

"So that was in 2014 when I first had the idea. I thought you know what, turning bat barrels into mugs seems simple enough that I can do this."

For Orlando native Randall Thompson, baseball has always been a part of his life.

"Grew up playing the game of baseball from the time I was five years old. Played high school ball at Winter Park High School. Got an opportunity to play at Florida Tech for college. I got signed by Matt O’Brien with the Toronto Blue Jays. Had a short stint with the Blue Jays and then, yeah, it just came to an end."

It wasn’t until his playing days were over that Randall found a creative way to stay close to the game he loves.

"I went back to Florida Tech to be the pitching coach next to the late, great Lee Stange. The recruiting coordinator there was cutting baseball bats in half. I picked up a loose barrel on the bench. I kind of examined it and looked at it and thought, huh, I wonder if you can drill that out and drink from it."

"I was at a business meeting and I got a random phone call," said Dugout Mugs CEO Kris Dehnert. "It’s Randall and he’s like, hey I’ve got a business idea I wanna bounce off ya. At first I thought it was a pretty odd idea but it didn’t take that long. It took a couple days and I realized we had something pretty special."

Thanks to licensing deals with MLB and the MLBPA, Randall and Kris can design mugs with detailed images of MLB team logos, players, and more.

"This is a special piece," said Dehnert. "David Mickey Evans, the writer, director and narrator of "The Sandlot", I just reached out to him on Twitter. I asked him let's do something cool, let's take that iconic photo of all the guys, put it on the mug, and we're gonna sell them so these go on sale next week.

"We use our Boss Laser program, it directly communicates with the machine," said Production Manager Nate Bearden. "Every little detail matters. Just the slightest millimeter off and our burn is wrong."

Randall Thompson struck out in making it to the major leagues. But when it comes to Dugout Mugs...he hit a home run.

"My fiance said it best when she said you’re finding your own unique way to leave your mark on the game and that’s the absolute truth."